The NFL is grappling with one of the toughest challenges in the league’s 101-year history: How to keep fans, players and coaches safe from the potentially deadly coronavirus inside their stadiums.

Pitted against the invisible enemy of COVID-19, most NFL teams will not admit any fans during what Commissioner Roger Goodell calls a season “unlike any other.”

But two NFL clubs went head-to-head against the virus Opening Weekend: the Kansas City Chiefs and Jacksonville Jaguars. More will take the gamble in the coming weeks.

Ohio Governor Mike DeWine has issued a state variance allowing Cleveland Browns and Cincinnati Bengals to allow up to 6,000 spectators at two home games apiece in September and October.

With the Titans, Browns and Bengals now in the game, that means nine of the NFL’s 32 teams and counting plan to admit some fans this season: the Chiefs, Jaguars, Browns, Bengals, Titans, Dallas Cowboys, Miami Dolphins, Denver Broncos and Indianapolis Colts.

The defending Super Bowl champion Chiefs led the way on Sep. 10, admitting roughly 16,000 fans to Arrowhead Stadium, or 22% of capacity. The Jaguars admitted 16,791 fans to TIAA Bank Field for their home opener against the Colts on Sunday, Sep. 13. That was equal to 25% capacity.

During the first “Thursday Night Football” game of the season, the Browns will be able to admit 6,789 fans. Three days later, the Cowboys are expected to allow thousands of spectators inside AT&T Stadium for their home opener against the Atlanta Falcons. Owner Jerry Jones has said America’s Team will admit fans inside the league’s largest venue, with a peak capacity of 100,000. But Jones hasn’t specified how many.

That same Sunday, the Dolphins plan to allow up to 13,000 fans inside Hard Rock Stadium for their home opener against the Buffalo Bills.

Faced with the binary choice between no fans or a packed Hard Rock Stadium, the Dolphins sought a third option that would give their ticket holders the chance to enjoy live games in a safe, socially-distanced setting, according to Chief Executive Officer Tom Garfinkel.

“If we felt that we couldn’t make it safe, we simply wouldn’t have fans,” Garfinklel said in a statement.

Looking ahead, other teams such as the Falcons and Baltimore Ravens tell Front Office Sports they hope to admit fans this fall — if and when they get the green light from federal, state and local health authorities.

The Falcons, for example, hope to admit 10,000 to 20,000 fans to Mercedes-Benz Stadium this fall. However, there won’t be any fans allowed during the team’s two home games in September against the Seattle Seahawks and Chicago Bears. “We will re-evaluate in the coming weeks and make a decision for future games later this fall,” the Falcons said in a statement.

The Ravens, meanwhile, have submitted plans to Maryland Governor Larry Hogan and Baltimore Mayor Bernard Young to “safely” host 7,500 fans at M&T Bank Stadium. “We will continue to work with local and state government officials to ensure that the proper protocols are in place,” said the Ravens. 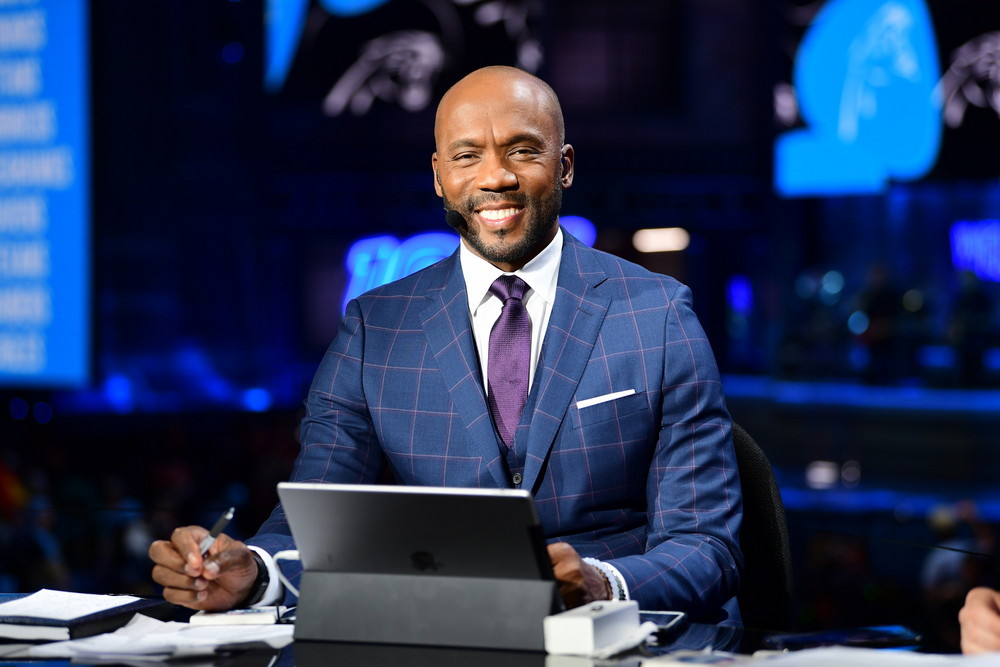 Networks collectively pay over $5 billion a year for rights to televise NFL games. Just days away from the 2020 NFL season, here is what ESPN, Fox Sports, CBS Sports, NBC Sports and NFL Network will look like this season.

With the exception of NASCAR, most major U.S. sports leagues like the NBA, MLB and NHL restarted their coronavirus-shortened seasons in fan-less stadiums and arenas. MLS and NWSL also started to play in local markets after fan-less bubble tournaments.

The stakes are enormous for the NFL, which generated more than $16 billion in revenue in 2018. According to the Wall Street Journal, factors like how many fans can attend games could result in NFL revenue falling as much as $4 billion in 2020.

With the coronavirus hanging like a shadow over the NFL’s tenuous season, the league knows it’s taking a chance injecting fans back into the live game environment.

The pandemic has already torpedoed the league’s preseason as well as the live 2020 NFL Draft in Las Vegas. Due to virus fears, 66 NFL players opted out of the season.

An outbreak among a single MLB team, the Miami Marlins, almost derailed the league’s season. So NFL teams are leaving no stone unturned to cut down on person-to-person contact during the pandemic. 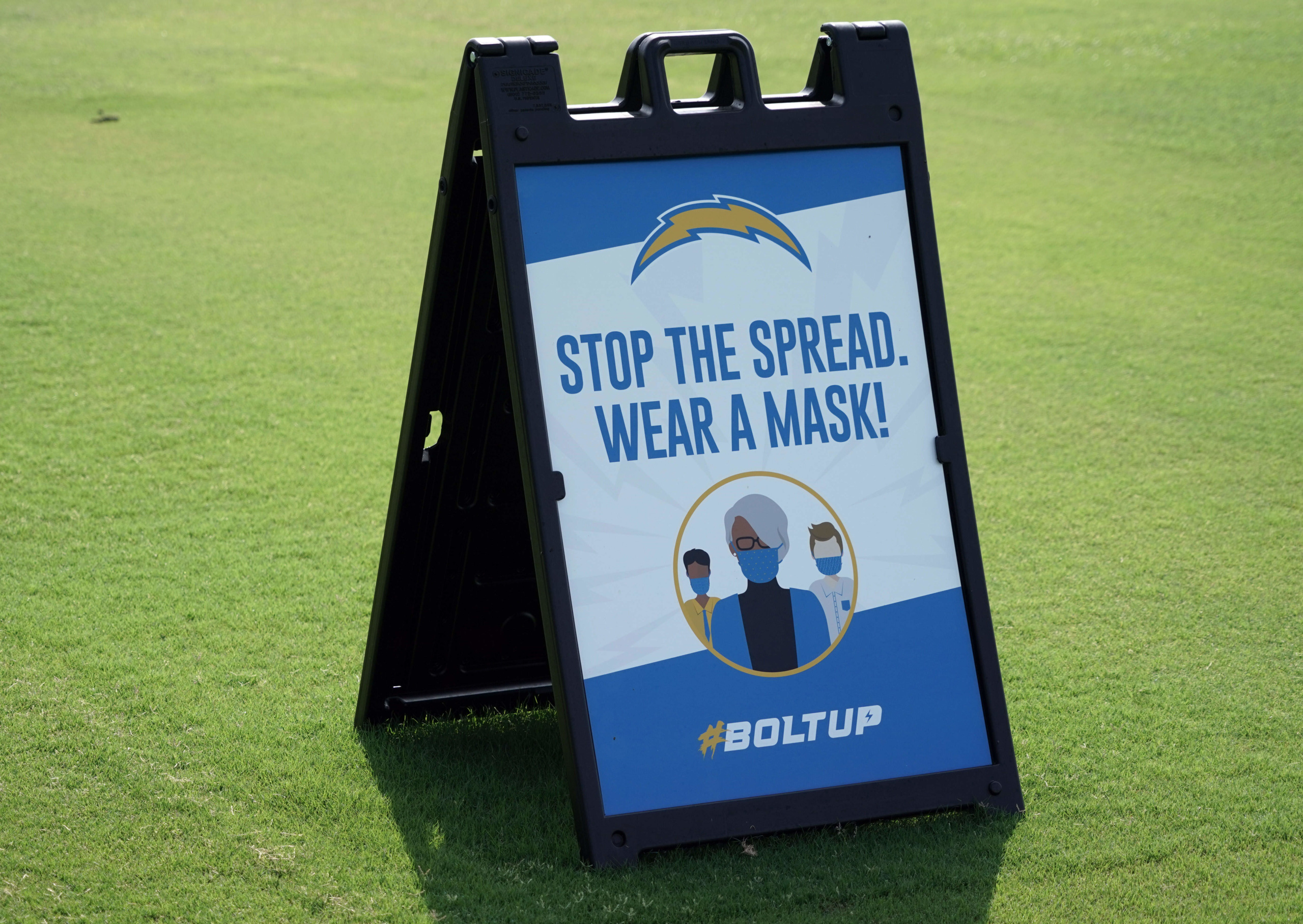 Across 30 NFL stadiums nationwide, food, beverage, parking and retail will become virtually cashless this season. Fans will use their mobile devices and credit cards to purchase everything from food and drinks to souvenirs.

The Jaguars won’t even accept cash at TIAA Bank Field — all ATM’s have been removed from the premises.

Instead, food choices will be pre-packaged in plastic containers and sold to-go. There will be touchless utensil dispensers and sneeze guards separating customers from vendors.

Some teams like the San Francisco 49ers, Jaguars and Falcons have already transitioned to mobile-only ticketing. But that approach is here to stay post-pandemic, as teams like the Cowboys and Browns switch to mobile ticketing.

The Cowboys won’t even offer physical tickets this season. Dallas and Kansas City will allow tailgating — as long as there is at least one parking spot between vehicles and groups don’t “co-mingle.” 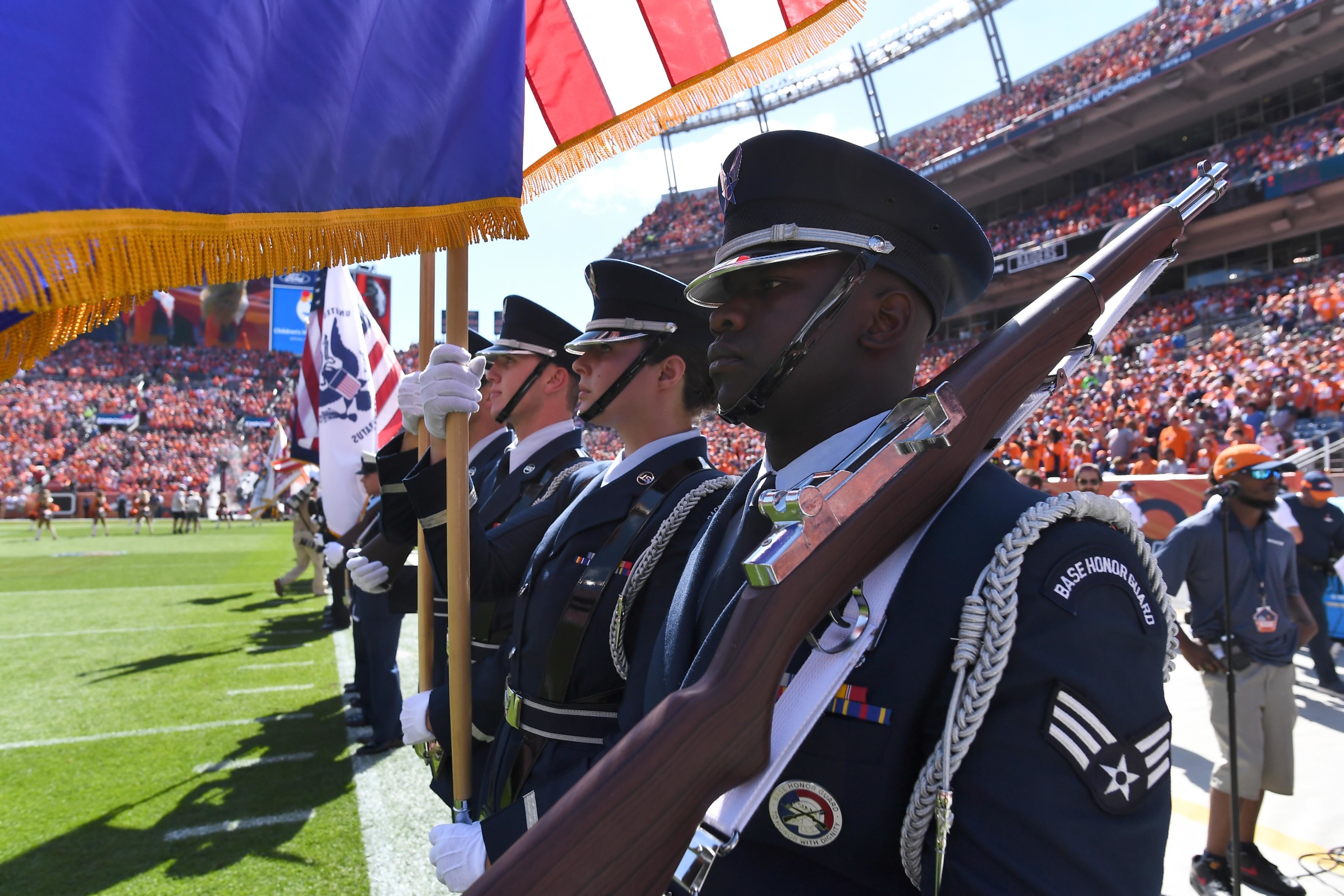 The obsession with keeping stadiums safe is even changing bathroom designs.

The Dolphins have switched from manual to contactless faucets, toilet handles, soap and paper towel dispensers inside Hard Rock Stadium. Again, the goal is to create a “touchless” experience.

Whether they plan to admit fans or not, all teams are adding hundreds of hand sanitizers and hand-washing stations to create better personal hygiene at their facilities.

The success or failure of NFL teams at keeping their paying customers and sponsors safe from the virus will reverberate across the global $614 billion sports industry.

If the NFL pulls off this strategic Hail Mary pass, it could inspire other pro leagues, not to mention colleges, to admit fans to their live games and events. 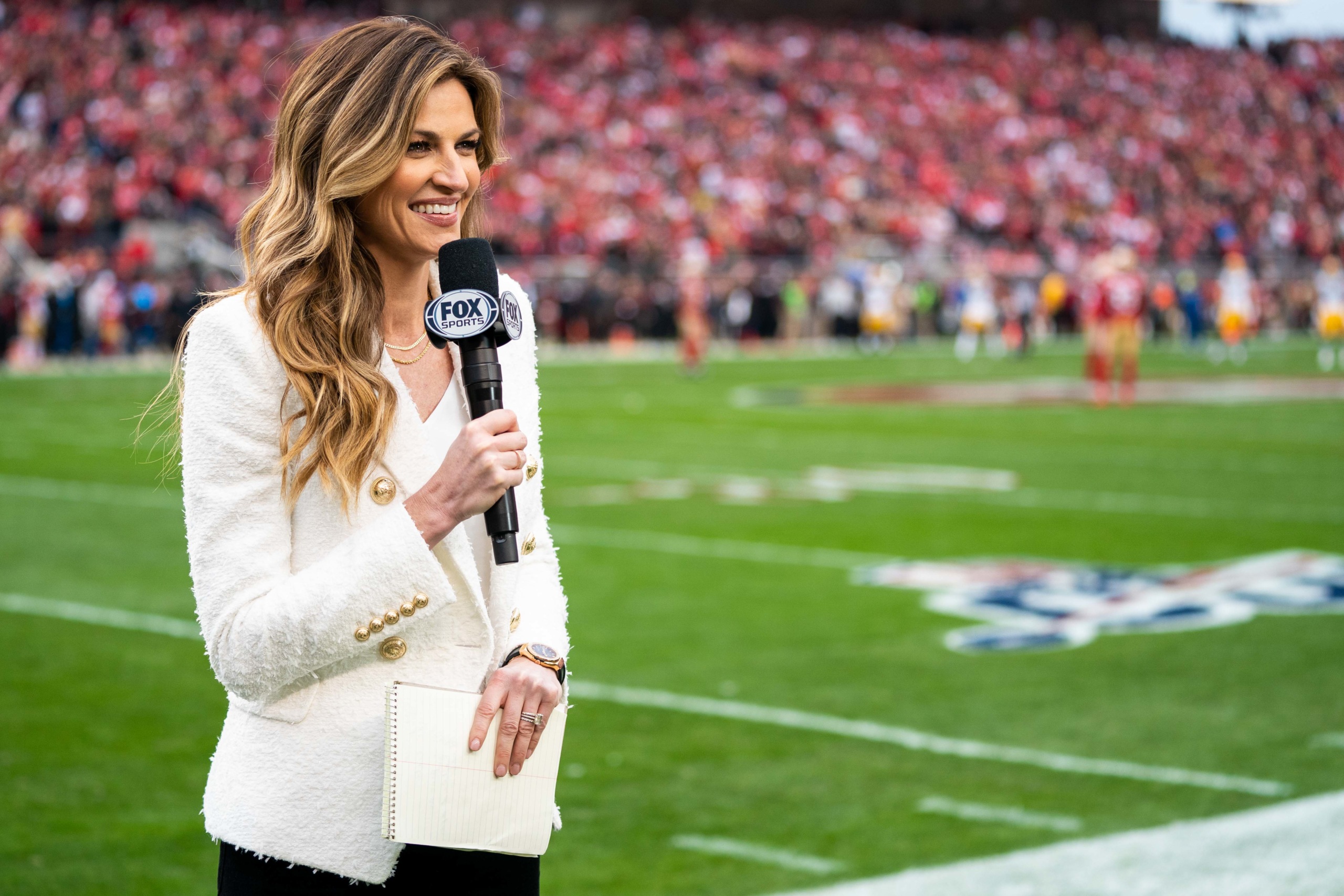 On the other hand, an outbreak among football fans could set spectator sports back months, if not years, and spark billions in losses. Pro leagues would likely retreat to the fanless “bubble” model employed by the NBA, WNBA and NHL.

Based on the NFL’s kickoff game, teams will have their hands full keeping fans apart. NBC Sports cameras caught plenty of fans going maskless, or congregating shoulder-to-shoulder, in the stands at Arrowhead Stadium on Sept. 10.

Will all the safeguards be enough?

If fans don’t want to attend games due to the coronavirus, that’s alright too. Clubs like the Dolphins are giving season ticket holders the option of rolling their 2020 tickets into the 2021 season, with no loss of seats, tenure or associated benefits.

The safety protocols promulgated by the league and NFL Players’ Association have largely kept the virus at bay. — so far. During the most recent test results from Aug. 30 to Sep. 5, there was only one positive test among players, and seven among other personnel, out of 44,510 administered.

But the rubber meets the road this weekend, when at least four NFL teams play in front of thousands of live fans.

To avoid possibly infecting players and coaches, the NFL has already banned everyone from sideline reporters, national anthem singers and color guards to cheerleaders, mascots and marching bands from field level this season.

Still, NFL insiders give it up to the league and union for even getting to Week 1.

NBC Sports analyst Rodney Harrison admitted he didn’t think there would even be a season this year. Can the NFL pull it off? Harrison’s still not sure.

“Am I concerned once the season starts, will they be able to finish? Of course, what happens if the entire [New England] Patriots secondary gets wiped out, will the game get canceled, will it get delayed? You just don’t know what’s going to happen,” Harrison said this week. “But I am happy for at least the start of the NFL season. Not sure if they’re going to be able to finish.”

The Front Office Spots editorial team contributed to this story. 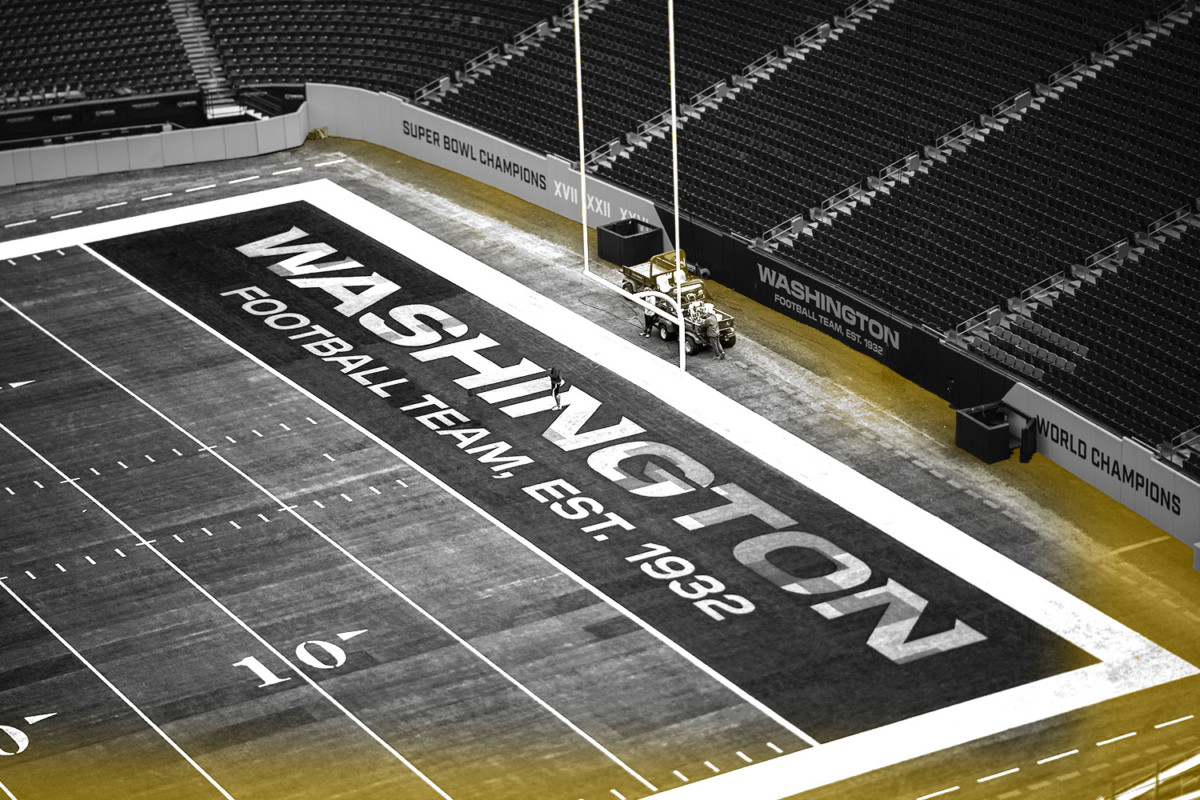