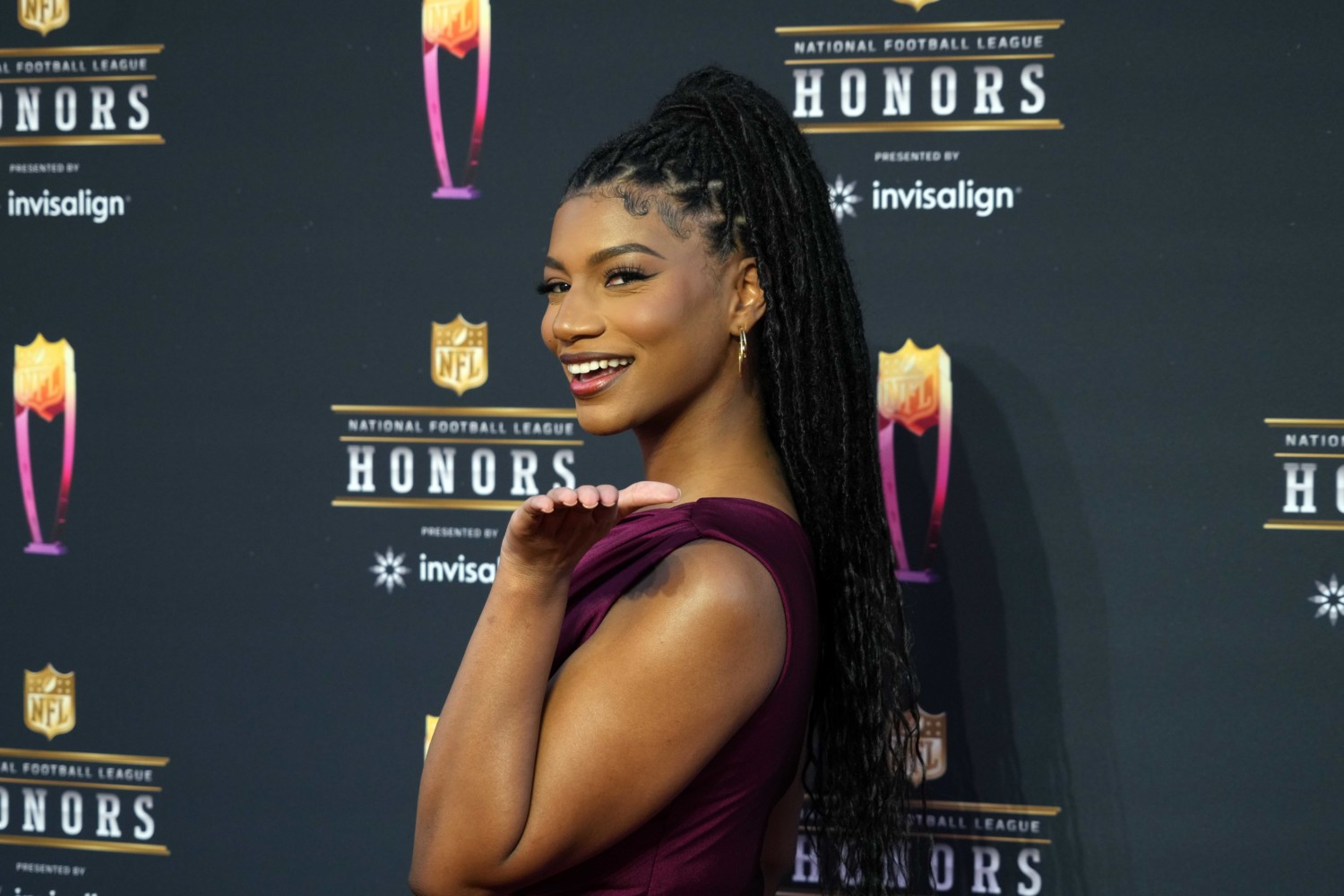 Confirming a previous report by Front Office Sports, Amazon is hiring Rooks as the Feature Reporter for its “Thursday Night Football” coverage.

The rising star will host feature stories and sit-down interviews with NFL players and coaches that will appear throughout TNF’s pregame, halftime, and post-game shows this season.

“Taylor Rooks is an incredibly talented journalist, who has already established herself as one of the best interviewers in sports,” said Marie Donoghue, Vice President, Global Sports Video for Amazon. “We look forward to bringing her engaging and illuminating conversations to our Thursday Night Football coverage.”

The Emmy nominee will continue to work for Turner Sports, where she hosts Taylor Rooks X , the first  Bleacher Report show built around an individual talent. On the podcast, she’s interviewed the likes of Ja Morant, Candace Parker and Shaquille O’Neal.

“Taylor is a versatile talent with an innate skill to conduct engaging, authentic and entertaining conversations with some of the biggest personalities in sports,” noted Tara August, Senior Vice President of Talent Services & Special Projects at Turner. “No matter the sport, Taylor can connect and tap into the humanity of the individual off the court or field in a way that resonates with audiences and we’re excited to watch her grow.”

The Georgia native hails from an athletic family. Her father Thomas Rooks was a running back for the Illinois Fighting Illini. Her uncles include baseball Hall of Famer Lou Brock and former NFL star Marv Woodson.

Starting Sep. 15, Amazon will make history as the first streamer to exclusively present a national game package for the NFL.

Amazon is paying $1 billion annually for the rights to TNF through 2033.

FOS: Tell us about your new gig?

Taylor Rooks: I will be doing interviews and features. You’ll see a lot of long-form sit downs, super similar to things I did in the NBA. Having conversations and meaningful discussions – and telling those stories in a creative and innovative way here on Prime Video

FOS: Will you be on-site for games? Or will it be taped features?

TR: It will be both. Some of these features will be taped a bit before the games. But I’ll always be on site. Some will be in the pre-game, some at half-time, some in post-game. There will be opportunities for me to come on and talk about the interviews. We will also allow the viewer to watch the extended cuts of interviews as well.

FOS: But you’ll continue to work for Turner and Bleacher Report, correct?

TR: Yes, I’ll be just touching everywhere in the sports world. I’ll still be doing NBA stuff with Bleacher Report and TNT and a bunch of culture reporting that I do over there as well. But football season, I’m all Prime Video, all the way.

FOS: All eyes will be on TNF this season as viewers judge its performance vs. broadcast networks. What’s the mood like?
TR: I do not mean this in a cliche way, at all, but you genuinely can feel the excitement. You know, this is the third day that I’ve been here for orientation. First off, everybody really likes each other. It’s a really easy group to get along with. And that is saying something like with all of the talent that is in this room and everybody is just so willing and ready to put out the absolute best product possible. So it’s been really, really nice to be here and experience that and see how much this moment means to everyone.

This to me is a bookmark moment about what the future of sports is going to look like. That you can (watch TNF) if you have a laptop, or if you’re streaming, or if you have your phone. You can always watch us. That is what it’s going to look like. And Amazon is leading the charge for what it means to be able to stream sports – and watch it in that convenient and interactive way. You really do feel the innovation that comes with a moment as big as this.

FOS: Most of your work has been NBA. But you’ve always wanted to cover the NFL?
TR: I tell everyone the same thing: Of course, football is my favorite sport. I’m from Georgia. I love watching the (Atlanta) Falcons, watching the (Georgia) Bulldogs. When I was in college, I covered Illinois football. My first job was at the Big Ten Network. I was covering Big Ten football. When I started working at SNY, I was covering the (New York) Giants and Jets, more than I was covering the Knicks and the Nets.

So this is very much embedded, not just in who I am as an individual, but the career that I’ve had up to this point. You know my Dad also played at the University of Illinois. He was a running back there. Still holds rushing records. He’ll tell you that any minute that he can! My Mom is a very big reason why I’m a football fan as well. We’re just a football family. We’re season ticket holders for the (Atlanta) Falcons – as sad as that has been at times.  Football has been a huge part of my life.

So to have this moment really means the world to me. And I’m not just saying it to say it. To actually be involved in the biggest sport in America, is something I think about. It’s wild that this is what my life is going to be. This season is going to be really fun.

I had never met Al Michaels until this orientation – and he is absolutely everything you’d want Al Michaels to be. So that has been a treat for me. He’s a fantastic, fantastic person. Such a talent. Everything he says sounds like it should be broadcast. It’s just his voice.

FOS: So who’s on your list for biggest interview ‘gets?’
TR: Everybody would love to interview Tom Brady. I’m hoping that is something that can happen when we have the (Tampa Bay) Buccaneers. But I’m also a big fan of the young guys, like Patrick Mahomes or Joe Burrow.

If you go outside of football, I love Serena Williams. Love Michelle Obama. I got to interview Barack Obama. Also coaches. I would love to have (Pittsburgh Steelers coach) Mike Tomlin. So there’s a lot of different people,

But I mean it when I say, I like to interview anybody who has something to say. I don’t approach it like, ‘OK, this person is the biggest name, I want to sit down with them.’ It’s more who wants to be open – and talk about themselves in a real way. That can be anybody.  As much as this is the sports business, it really is the people business. I tell myself that every day.

FOS: Alternative telecasts like ESPN’s Monday Night Football “ManningCast” are all the rage. Amazon is weighing everything from a “QB’s Only” MegaCast to the newly announced “Dude Perfect” version. Of course, Amazon has been doing alternate TNF streams for years. So what do you think of the MegaCast idea?
TR: It’s what the future is. ‘What cool ways can I watch this already cool thing?’ The fact that there are these alternate feeds, where you can watch Dude Perfect do their trick shots, then switch back to the main broadcast…All of that enhances the experience. It also gives you options based on how you feel that day. How do you want to enjoy the game at that moment? That’s something that’s unique to Amazon. It kinds of goes back to what I said about Amazon being the start of this. This is really a watershed moment as far as what the future of sports is going to look like.