It was only a few years ago that the sports world was buzzing about the alarming drop in NFL television viewership numbers.

Now it’s the NBA going through a decline in viewership, as the early part of the 2019-2010 season has seen double-digit drops in national TV audiences.

However, there is still plenty of reasons for optimism with the bulk of the regular season still ahead.

Bolstered by four Los Angeles Lakers telecasts with LeBron James and Anthony Davis, NBA TV is up 8%, posting double-digit gains across key demos. Global viewership for the NBA League Pass streaming service is up 2%. Local TV numbers are up for roughly half of the regional sports networks showing NBA games.

Fortunately for TNT and ESPN, both networks tend to back-load their schedules. TNT, for example, has televised only one Lakers game so far. The Lakers and Los Angeles Clippers are scheduled to make 19 more national appearances on TNT. That should make up for the three New Orleans Pelicans game windows hurt by the absence of injured No. 1 pick Zion Williamson.

The league’s social media numbers are strong too. Season-to-date engagement on Bleacher Report and Turner’s NBA TV and NBA on TNT social media platforms are up 25% and 44% respectively.

So what’s hurting the NBA’s TV numbers? Some believe it is injuries.

The NBA is a star-driven league. But marquee players like Williamson, Kevin Durant of the Brooklyn Nets and Steph Curry and Klay Thompson of the Golden State Warriors are on the disabled list. NBA Finals MVP Kawhi Leonard and Paul George of the Clippers have missed significant playing time. Ditto for Kyrie Irving of the Nets.

In total, about 65% of national game telecasts on ESPN or TNT have been missing a star player due to injury.

Meanwhile, most of the league’s top players such as James and Davis of the Lakers, James Harden and Russell Westbrook of the Houston Rockets and reigning Rookie of the Year Luka Doncic of the Dallas Mavericks play in the Western Conference. So their games start later in key East Coast TV markets. After driving national ratings for years, both Warriors and Cleveland Cavaliers are in rebuilding mode after making nine combined trips to the NBA Finals since 2015.

Then there’s the cord-cutting threatening the pay cable system.

Mavericks owner Mark Cuban recently Tweeted that most NBA games are on cable TV, where viewership is down 9% across all demos this year. Cord-cutting is especially prevalent among the younger fans the NBA wants to reach.

“Ratings are down because all of our national broadcasts are exclusively available on cable, which is losing subs daily,” tweeted Cuban. “Football benefits from being on broadcast TV which is in every digital and traditional package along with gambling available in some of the biggest markets.”

Negative TV numbers are the last thing the league needs after its global showdown with China over Hong Kong. Critics like Clay Travis and Jason Whitlock of Fox Sports say the NBA lost face by bowing to a bullying communist Chinese government. Some critics have even speculated that the NBA’s reputation as the most politically “woke” sports league could also be driving away more conservative fans.

So Front Office Sports talked to top media experts on what they think are the biggest reasons for the NBA’s TV troubles this season. Excerpts:

All these exciting players are in the Central and Western time zones. I don’t know if it’s historic. But I still think that matters. To watch it live does matter – with people talking about it on Twitter at the moment. You’re talking about Harden, (Russell) Westbrook, LeBron, even Luka Doncic. None of these guys are in the East. (Reigning league MVP) Giannis Antetokounmpo (of the Milwaukee Bucks) is great. But he’s not a point guard, he’s not a shooting guard. He does a lot of exciting things. But I think the players look to position-wise are loaded to the Central and West. I would not underestimate that…

I bet there’s data that suggest a highlight that is turned around on Twitter, soon after someone does it on the West Coast, assuming all else being equal, does not get the same buzz obviously at 1 am Eastern time. There are points where Twitter does shut down. I know. Because I’ve looked at it as much as I can. ‘How many minutes after Monday Night Football ends do I have a chance to get something relevant out?’ It just shuts down…I think there’s nothing like the live buzz. It’s indisputable that the live buzz is not there for Midwest, Central time zone and certainly West Coast games…

(Politics?) If you think that’s had an impact, then you also have to account for how relevant these guys are in the off-season. NBA players are more relevant in the off-season than any other group of players in-season. To me, I would say not really. But you have to take everything into account because this is obviously a shocking number. The NFL drop was what, 8.8%? I mean, this is like night and day. Everything has to be taken into account. And if you’re going to make the cord-cutting argument you’re going to have to do it across the board. Tell me why other ratings are not commensurately down?

I think far left-wing politics and LeBron to LA have been the two most impactful reasons why ratings have tanked. You ban the word ‘owner’ for racial insensitivity, relocate the All-Star Game for transgender issues, have players and coaches lecture fans on politics while sitting out with load management and then bend the knee to China. It all adds up to tanking ratings and a big mess.

I don’t think you can isolate it to any one factor. The Warriors have been decimated, first losing Kevin Durant to injury and then free agency, followed by losses of Steph Curry and Klay Thompson. Load management means both missing stars and the tacit acknowledgment that these games don’t have big stakes. LeBron James – and a substantial portion of the sport’s most compelling teams and players for that matter – playing on the West Coast continues to hurt the early windows. TNT has a back-loaded schedule and seemingly opted to put weaker games on Thursday nights during football season after Fox and the NFL put new emphasis on great matchups for “Thursday Night Football.”

Concerning Cuban’s cord-cutting thesis, I believe it’s a factor, but not the biggest one. For one, he said that cable is losing subscribers rapidly, but the cable companies have comparatively fortified while the satellite providers DISH and DirecTV hemorrhage customers. But yes, TNT and ESPN are down in the vicinity of 15 million net subscribers (they’ve lost more on cable/satellite, but picked some up in OTT bundles) since this deal was signed. The NBA having such a high proportion of its games on Pay-TV, compared to the NFL which is heavily tilted towards higher distributed broadcast networks, is a factor in long-term reach. That being said, rating drops for the NBA this season have significantly outpaced Pay-TV subscriber losses in the same window.

NBA is a sport that lives on cable, so cord-cutting has to be a major factor. Ask any millennial about his or her viewing habits and you learn that a Pay-TV subscription is not a part of the mix. I met a young NBA fan who has an over-the-air antenna solely to watch the NBA Finals on ABC. This group will find a way to watch what they want when they want it. I also think the success of this year’s NFL season – energized by a new generation of young stars – is taking up more bandwidth. Monday and Thursday contests have been better, keeping fans’ heads in that sport all week.

I think the demise of the dynastic Golden State Warriors has had a negative impact on the ratings. Over the past five years, the Warriors had been a great storyline for the league. They are mired in last place in their conference.

Injuries of marquis talents such as Stephen Curry, Kevin Durant, Klay Thompson, and Zion Williamson have had an impact. LeBron James has been joined in the Los Angeles market by Anthony Davis and Kawhi Leonard. They are all playing on the West Coast. Their home games start after 10 pm on the East Coast, with lower TV usage.

I don’t think it’s political, the news networks and impeachment hearings skew toward a much older audience age 65+ than NBA viewers. If anything it would be the streaming wars, with Disney+ & Apple TV joining Netflix, Hulu & Amazon, that would have a bigger rating impact on the NBA… The NBA is in transition with Luka Doncic and Giannis Antetokounmpo (and Zion) as emerging superstars that the NBA can build around when creating a national schedule for next year.

This may shock your readers, Mike, but the ratings are down 23 percent on TNT and 20 percent on ESPN. The talk shows won’t talk about, yet it’s not going away. The NBA’s best player, Kawhi Leonard, doesn’t care about the regular season, the NBA doesn’t, and most of the stars don’t. Thus the fans have no reason to. The regular season is pretty much irrelevant as over half of the teams make the playoffs.

There are no interesting teams in the East right now, which is also a factor here. And, yes, of course, China. That rubbed people the wrong way. In my opinion, it was worse than the Colin Kaepernick situation for the NFL. I predict the ratings will dip even more for the NBA as the season progresses. 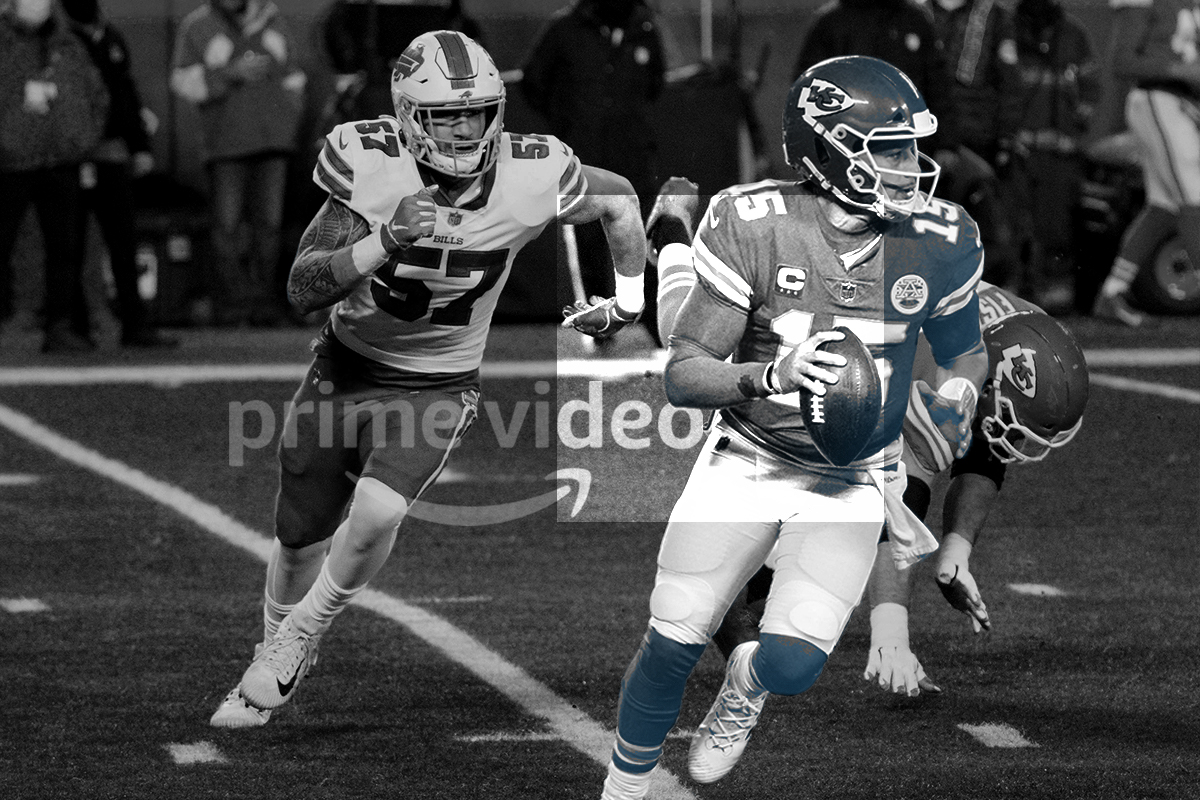 Amazon is angling to have exclusive rights to some Thursday Night Football games in its next NFL broadcasting contract. 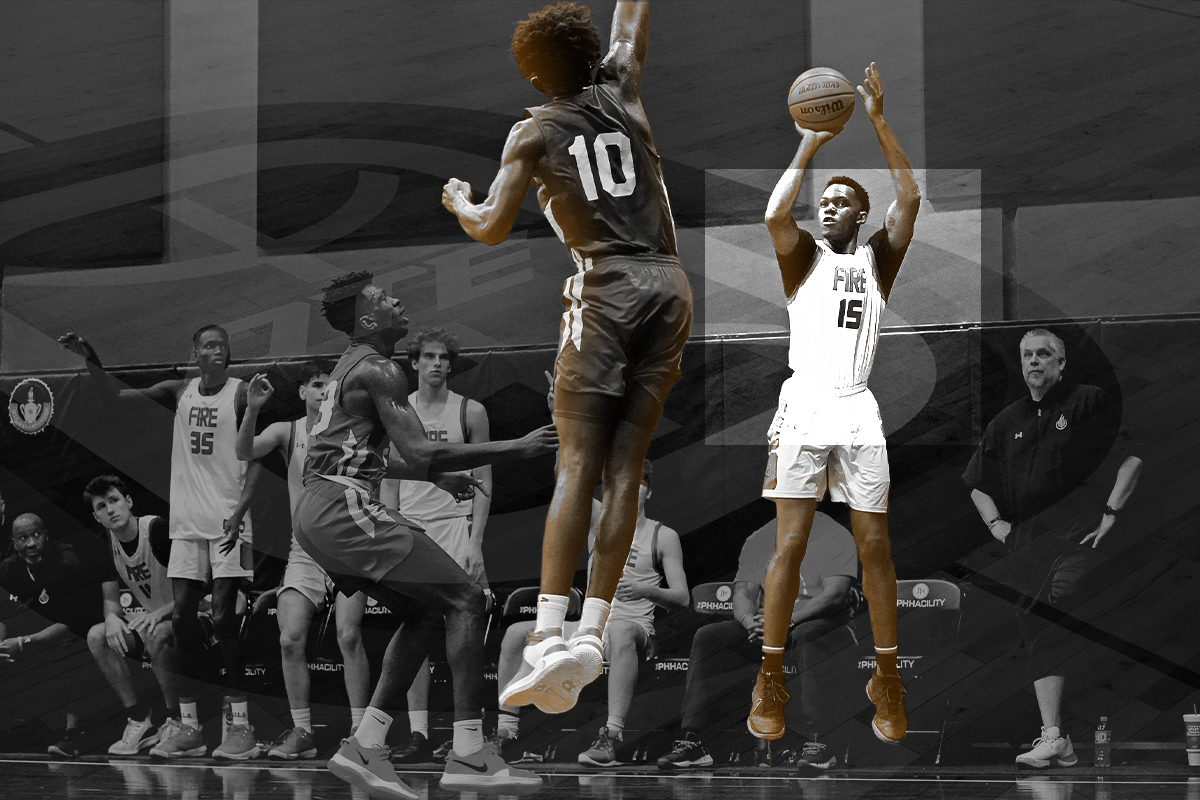 Overtime announced that it plans to start a basketball league for 16- to 18-year-olds, with each making at least $100,000 per year.

Shannon Sharpe’s current contract expires after July. The question now is whether Fox will pay him similarly to his co-host Skip Bayless.

Shannon Sharpe is poised to become a free agent at Fox Sports. Will Fox pay the TV star as much as his co-host Skip Bayless?