Every employee at a sports organization — from the players to the hourly workers — has felt the effects of the coronavirus pandemic one way or another. With no sense as to when things will return to normal, sports leaders are having to grapple with that and figure out how to maintain a positive company culture in an otherwise bleak reality.

Throughout the COVID-19 outbreak, numerous sports companies have their own ways of cultivating a “positive” work environment and culture in 2020.

For the Miami Dolphins, one method saw them come together to attract fans to Hard Rock Stadium — but not for any sports entertainment. In June, they became the latest pro sports team to incorporate a drive-in movie theater into their entertainment portfolio by creating an outdoor venue inside Hard Rock Stadium. They joined the likes of the San Diego Padres and Texas Rangers, which during the summer recreated their ballparks into drive-in movie and music theaters.

The Dolphins have also looked to bring the community together through outreach efforts. On June 1, the team partnered with Centerplate — its food, beverage and retail partner — to launch the Miami Dolphins Food Relief Program, an initiative that provides at least 1,000 meals each weekday out of Hard Rock Stadium to families in need in Miami Gardens through a voucher system.

Sundays will see the Dolphins work with area churches, local leadership and community leaders to purchase food from restaurants to provide the 1,000-meal minimum.

These efforts have accomplished two important things, said Jason Jenkins, the Dolphins’ senior vice president of communications and community affairs. The drive-in movie theater was able to drive revenue for the Dolphins after they had to adjust to the financial losses from marquee events like the Miami Open tennis tournament and Rolling Loud music festival.

It also played a key role in keeping the Dolphins — one of 50 sports companies recognized by Front Office Sports’ inaugural Best Employers in Sports Award last year — from having to layoff or furlough any of their employees.

Just as importantly, the team’s work with Centerplate fed thousands and earmarked $1 million for minority-owned restaurants in the Miami region.

“It’s to keep people employed and engaged on a consistent basis,” Jenkins said. “I think that’s one of the things that’s really amping our community efforts in an intentional way: to not only impact the community, but also have the community serve the community as well.” 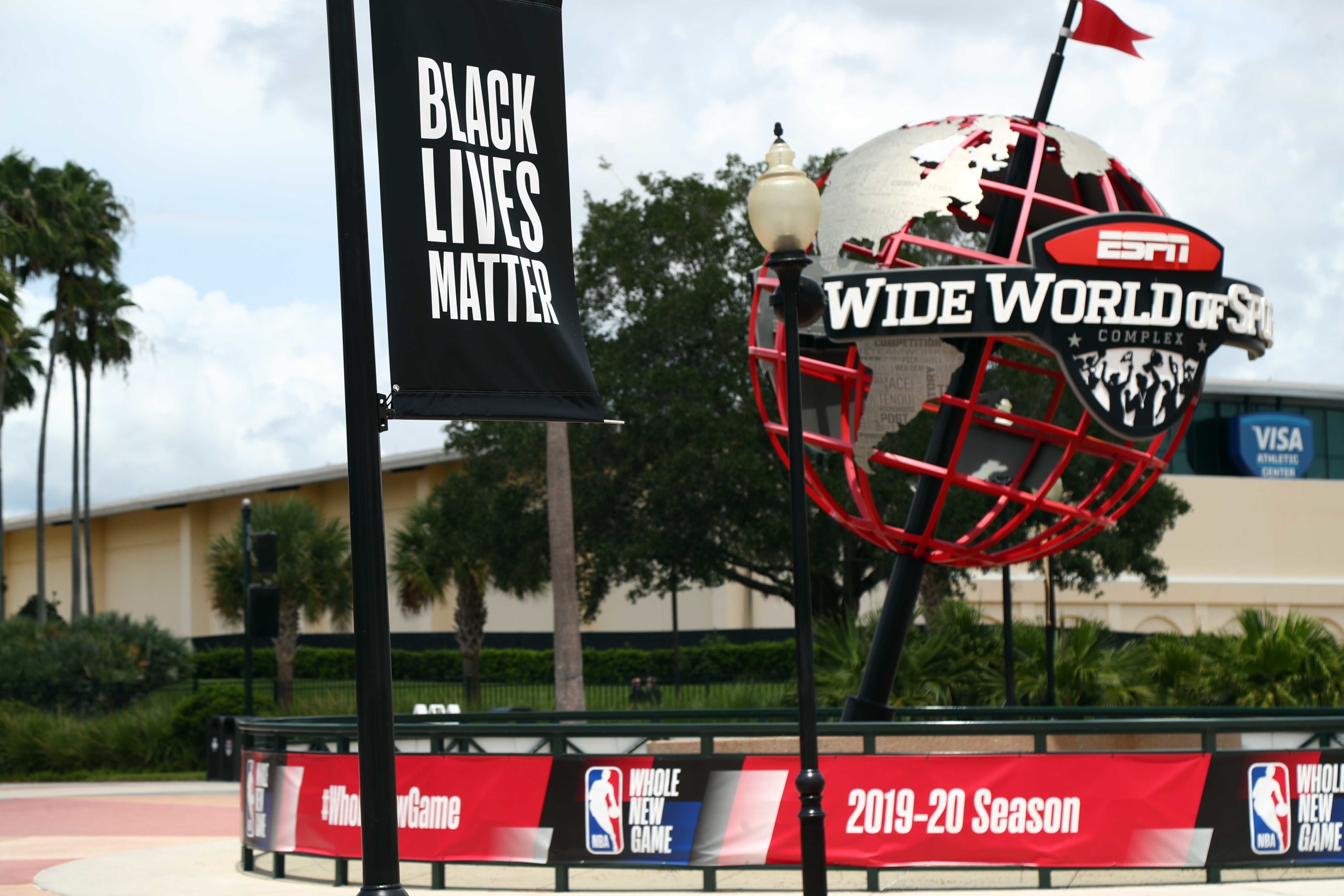 Now more than ever, sports companies are speaking out about — and creating a bigger emphasis on — diversity in the workplace.

As it gears up for the 2021 MLS season, Los Angeles FC has taken a similar approach to the Dolphins by emphasizing openness and, as co-president and Chief Business Officer Larry Freedman puts it, “a concerted effort not to have walls and boundaries” between leadership and the rest of the organization.

While other sports franchises adopt a separation-of-church-and-state look to their business and coaching staff, Freedman says that it’s not uncommon for Friday staff meetings to include the likes of general manager John Thorrington and head coach Bob Bradley.

With iconic names like Bradley — who famously coached the United States men’s national soccer team — and Thorrington at the helm, LAFC has used additional starpower to bring other notable sports figures into the organization for guest purposes throughout the pandemic.

While the 2020 MLS season remained on pause, LAFC even organized a Shark Tank-like contest in its ticket sales group. Members were tasked with creating ideas for how to re-engage with the fanbase when the league made its eventual return to the pitch.

Whether it’s internally or externally, Freedman says that LAFC will continue to experiment and be creative with how to keep people energized during the offseason.

“There’s been no bad ideas to try and find ways to keep people interacting and staying engaged,” Freedman said.

Like LAFC, Excel Sports Management has made sure to stay connected with its workforce by constantly remaining in contact with them. Jeff Schwartz, president and founder of Excel Sports, says that the company has utilized a robust call schedule which consists of four weekly divisional calls and a weekly all-company call. The calls would touch on everything from the work-from-home adjustments to ensuring that Schwartz’s workers were finding time during the day to focus on their mental and physical health.

“The biggest thing has always been having your employees feel like their input really means something,” Schwartz added. “Everyone has a specific job that they’re doing, but it’s about having them really feel like they’re part of something bigger. I want our employees to feel like there is a bigger goal here for our company.”

Now more than ever, company leadership should be trying harder to reach out to their workers, according to Brian Kropp, group vice president at research firm Gartner. Pre-pandemic, Kropp often saw a distinct line between upper and lower management. It was mainly driven by results and not interpersonal communications. But with the pandemic forcing many companies to transition to remote work, he believes that this has made more leaders realize how important their interactions with their subordinates are during a time of national crisis.

“If managers were just to set aside 15 minutes a week to send out emails or make phone calls to the people on the team when they’ve done something good … that by itself is going to be the most important thing that a manager can do to help build a better culture and improve the retention of remote employees,” Kropp said.

To Michelle Kennedy, transparency and communication aren’t the only elements that have preserved the Nashville Predators’ familial company culture during the COVID-19 outbreak. Their “employee advisory board” is a hand-selected board of up-and-coming leaders within the organization who are responsible for many of its culture efforts. They also have their very own “Gold Nation Orientation,” an orientation that new Predators employees participate in to understand the inner workings of the organization.

During the pandemic, the EAB has encouraged participation by starting an email chain with every Predators staffer asking them what their first car was. Another has select personnel create entertainment segments at the end of long Zoom calls.

These examples are just many of the ways in which Kennedy believes that Predators workers have — and will continue to — become closer to their colleagues during the pandemic than in the confines of Bridgestone Arena.

“I told Sean Henry, our CEO, ‘I feel like I’m getting to know people more from my remote-work location than in the office,’” Kennedy said. “People are just sort of craving that right now because everybody is in a weird at-home environment and they love all that sharing.”

“In the midst of a really heavy, not fun time in our world, we’ve made [culture] a huge priority,” Kennedy added. “It’s not elective, it’s not debatable. It’s a part of the fabric of our organization, and it always will be.”