Aliah Berman, head of diversity, equity and inclusion at GMR Marketing, attributes a frequent hiring flaw to continuing to source applicants from the same places.

“We tend to fish in the same pond that we always have,” Berman said regarding the gap in GMR Marketing’s racial hiring practices — a problem that spans across companies and industries.

With the microscope placed squarely on how companies manage and treat their employees, GMR Marketing is looking to not only sustain its positive reputation with its workforce, but to also improve on its deficiencies.

In 2015, GMR Marketing started a women’s employee resource group called GLOW, short for Growth, Leadership, and Opportunities for Women. Over time, GMR Marketing was able to double the amount of women it had in leadership roles, growing from 21% to 43% since GLOW’s inception.

After being hired 10 months ago, Berman wants to take the same focus and intentionality in GLOW and apply it to GMR Marketing’s racial and ethnic diversity progress.

To combat recruiting and hiring from a talent pool that lacks diversity, she says that the company needs to expand where it’s looking for candidates. A number of GMR Marketing’s job candidates come through a referral, Berman said — which can be both a blessing and a curse for how companies recruit new employees.

“While that’s been great in terms of being able to supply us with talent for any open positions that we have, it can also hinder us with racial and ethnic diversity, because a lot of our networks tend to look homogenous,” Berman said. “We need to make sure again that there’s intentionality with looking at different pools of candidates in different places, and that we’re doing that long before there’s even an opening.”

Berman says that the hiring delay caused by COVID-19 has had a surprise silver lining: GMR Marketing’s recruitment team has used the time to revamp how it sources candidates to ensure a more diverse talent pool.

She is also trying to mitigate any unconscious biases during the interview stages by making sure that all candidates are asked the same questions, that there are group debriefs for people to discuss the candidates’ merits, and to talk through any potential concerns within a group.

“We’re focused on looking at our hiring and who we’ve been hiring over the last few years and what the trends have been and what story that’s telling us,” Berman said. “We’re looking at understanding the representation of our workforce through metrics and then measuring that progress as we go forward.”

Like Berman, TJ Adeshola wants to see more intentionality behind his company’s diversity initiatives. As Twitter’s head of U.S. Sports, Adeshola is aware that cultivating diversity and inclusion takes more than just words.

On March 11, Dalana Brand, head of inclusion and diversity at Twitter, published the company’s inclusion and diversity report from 2019. Last year saw the total representation of women, Black and Latinx “Tweeps” increase, courtesy of rises in both female (+1.4% year-over-year to 47.1%) and Black and Latinx (+3.4% year-over-year to 15.7%) new hires.

Brand wrote that by 2025, Twitter is committing to have half of its global workforce be women — who already represent 42.5% of the workforce — and at least a quarter of its U.S. workforce to be underrepresented minorities.

Twitter’s push for greater gender and racial diversity is evident in its expanding sports coverage. Under Adeshola’s leadership, Twitter has inked a multi-year deal streaming WNBA games, worked with Fox to create live content around the 2019 Women’s World Cup, and created the 3 Stripe Live program with Adidas to highlight girls’ high school sports events on the platform.

Adeshola himself is also a contributor to Twitter’s Blackbirds program, which brings executives together with lower-level employees from underrepresented communities.

With its growing interests in women’s sports, Adeshola says that it has opened the door for Twitter to have organic conversations with leagues like the WNBA, NWSL and NFL around other important subjects like voting and the Black Lives Matter movement.

“I can sit and talk with anybody in the ecosystem and actually offer consult around how they can, or maybe should, approach conversations around BLM with the sports lens — because that’s a work that’s not foreign to us,” Adeshola said. “My hope is that the Twitter Sports team isn’t an anomaly in that approach or that thinking across the sports industry. I would challenge my colleagues across other companies in the space — leagues networks, the whole nine — to look around your rooms. If everybody looks the same, you got an issue and it’s your responsibility to address that.”

Even before the coronavirus pandemic, the sports media landscape has been largely homogenized. The University of Central Florida’s Institute for Diversity and Ethics in Sports released a report in 2018 analyzing the jobs of more than 75 media outlets belonging to the Associated Press Sports Editors.

The study found that while people of color occupied a higher percentage of newsrooms than they did in 2014, white people held the vast majority of positions. In 2018, 85% of sports editors; 76% of assistant sports editors; 80% of columnists; 82% of reporters; and nearly 78% of copy editors and designers were white.

However, some within ESPN still feel as if the company lacks diversity, particularly amongst its leadership team.

A July article from The New York Times revealed that of the people who reported directly to ESPN President Jimmy Pitaro, 25% were Black men. It wrote that, “Each of those Black executives had at least a 20-year career before joining ESPN, while a number of senior white executives have only ever worked at ESPN, suggesting to many Black employees a limited career path for them at ESPN.” When ESPN made four Black senior executives available for interviews — Rob King, Kevin Merida, David Roberts and Paul Richardson — they all said that ESPN’s executive ranks were not diverse enough.

Tonya Cornelius, vice president of development, inclusion and wellness at ESPN, declined to comment on how the company is helping minority staffers advance through the company. Instead, she talked about the importance of reaching ESPN’s larger employee base.

“It starts with a conversation between employees and their managers and having quality, career conversations,” Cornelius said. “I believe that we offer a tremendous amount of programming for all of our employees.”

Cornelius points to ESPN’s numerous development programs as a sign of the company’s interest in developing and diversifying its talent base. It boasts nine employee resource groups that work with roughly 2,900 employees on areas like culture building, community building and leadership development. Its MORE Program — short for mentorship, opportunity, readiness and exposure — targets rising leaders in the company, where it actually over indexes on looking at high-performing professionals of color. 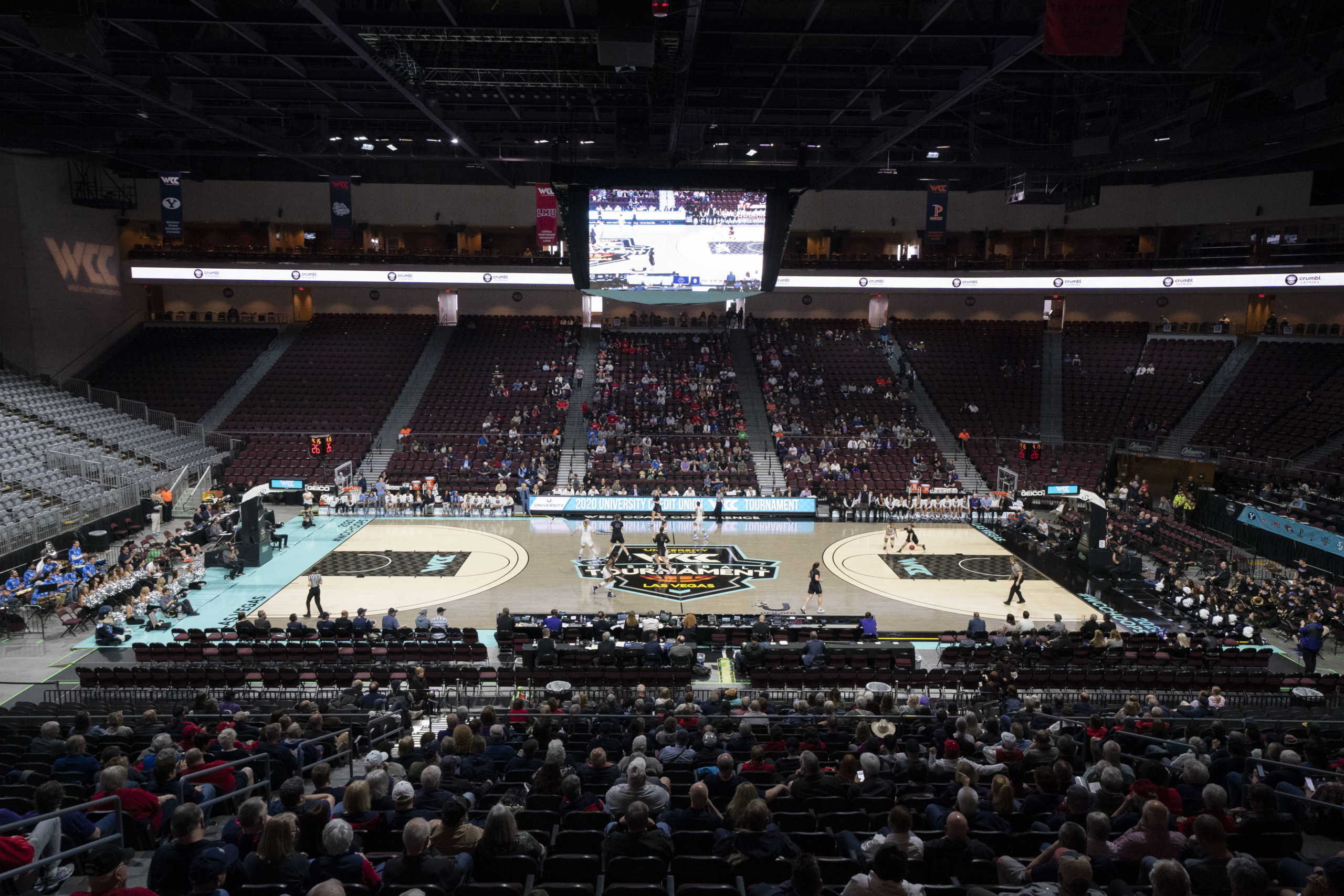 Only 15.5% of Division I athletic directors at primarily white institutions in 2018-19 were people of color, while only 8.8% were Black, according to the TIDES Diversity report card.

ESPN also recently hosted a cohort-styled program that was a part of the Women in Cable Telecommunications — a.k.a. WICT — which looks to advance the careers of women talent. The first cohort drew 29 participants, with a follow-up event that was held in late September.

Since she began at ESPN nearly 11 years ago, Cornelius believes that ESPN has not only prioritized diversity and inclusion, but that it continues to evolve its work in this topic.

“We’ve had it as a company priority — now it stands as an evergreen priority,” Cornelius said. “It’s not something that’s a priority one year and not the other. We say that our mission with diversity and inclusion is to embed it in everything that we do. … As most companies probably agree, you’re never done with diversity and inclusion. You’re continuing to listen to employees, to look at the business and to make better, smarter decisions to ensure that you are as diverse, inclusive and creating a culture of belonging.”

As a first-generation immigrant, Ishaan Sutaria saw first-hand the benefits of diversity within a company: a diversity of thought generally produces more effective organizations. When he and Brian Verne set out to create sports media startup WAVE.tv in 2017, he didn’t want their company to align itself with the look of its many competitors.

Unlike other sports media organizations, WAVE.tv is a minority-led company. Sutaria says that more than half of the startup’s 50 domestic employees are minorities and females. With WAVE.tv recently raising $32 million in Series A funding, Sutaria says that the company will double down even more on getting those numbers to a place which they feel is representative of diversity.

“When it comes down to speaking to our audience, sports culture in general has been highly influenced by different minority cultures, whether it’s, Latina, Black or women,” Sutaria said. “We’re trying to serve as fandoms across sports and entertainment, so we need to have an organization that resembles that consumer. That way, you’re able to be thoughtful and mindful of the priorities and incentives of different types of consumers and the voices and tone they want to hear and what they care about.”