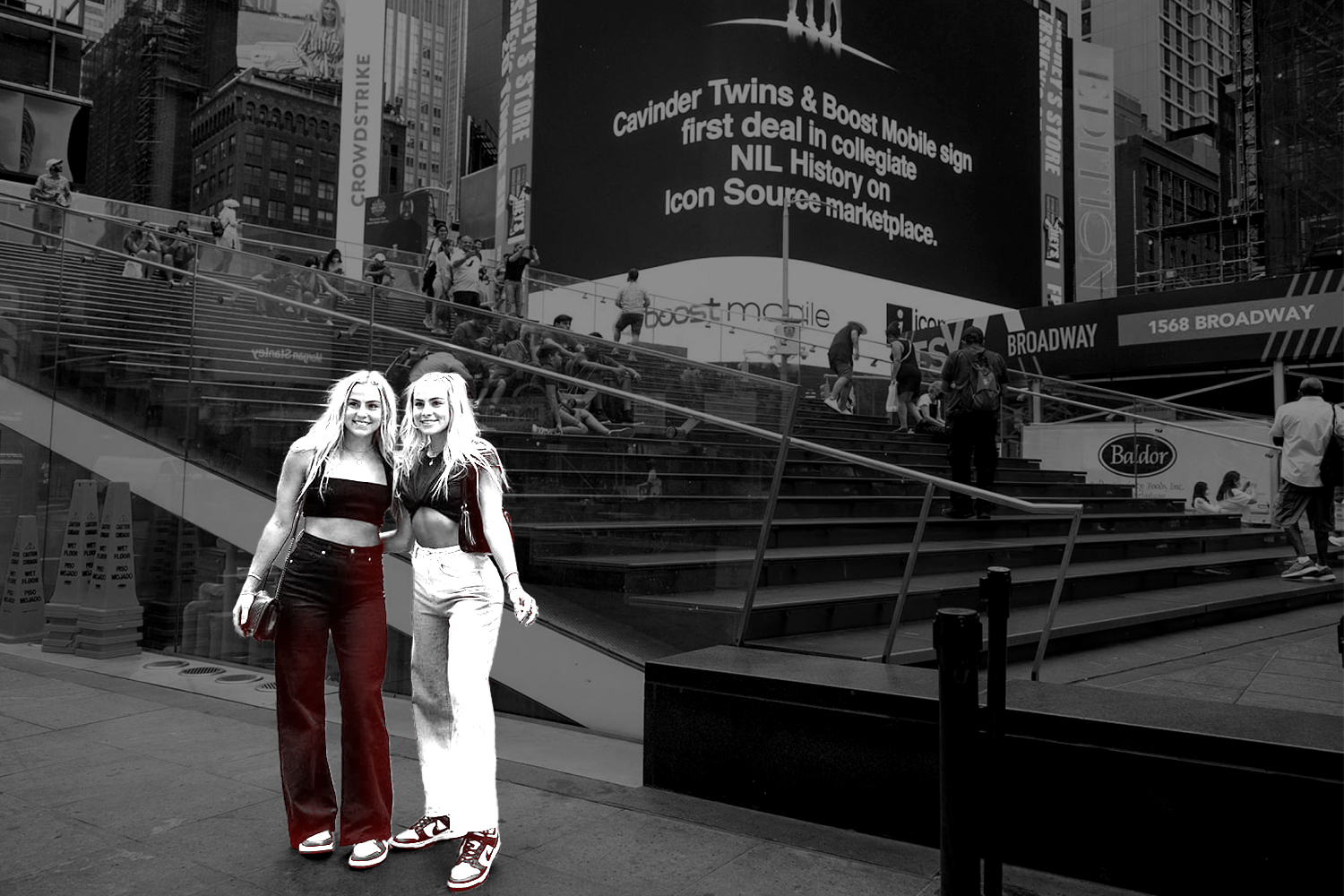 When the NIL era arrived at midnight on July 1, top men’s basketball and football players immediately cashed in.

Perhaps the most prominent women’s sports NIL deals were those that were, literally, on billboards in Times Square. Fresno state women’s basketball players Haley and Hanna Cavinder inked endorsements with telecommunications brand Boost Mobile — and then posed in front of the billboard that announced the deal.

On social media, Oregon forward Sedona Prince is already on Cameo, according to the company. And of the hundreds of athletes who signed on to the Gopuff social media endorsement deal, women’s sports athletes like Miami track and field athlete Mia Raffaele and Ohio State tennis player Kathleen Jones participated.

And there’s merch too. Nebraska volleyball player Lexi Sun has announced a clothing line playing off her last name.

In fact, brands are so hungry to connect with women’s sports athletes that one even got an endorsement deal within 20 minutes of signing up for the NIL marketplace MarketPryce, according to co-founder and CEO Jason Bergman.

Why are women’s sports athletes ideal candidates for brands to partner with? First, these sports are popular and growing.

From women’s basketball to gymnastics, TV ratings have gone through the roof. The most recent number: The Women’s College World Series averaged about 400,000 more viewers than the men’s championship, according to Shot:Clock. Because of this, brands are interested in working with these athletes no matter their level of fame.

Many women’s players also have staggering numbers of followers and high engagement rates — and brands want to tap into those followings.

NCAA women’s sports have grown “exponentially” since the 1980s, according to a study put together by The Fan Project. “Gen Z is now commanding the social spaces, and current NCAA women athletes often drive more and deeper engagement with their fans,” the study said.