Fox Sports management has an important strategic decision to make before the next football season — and not just about NFL media rights.

Sharpe only earns about half of Bayless’ annual salary, said sources. The Pro Football Hall of Famer makes an estimated $3 million-plus annually vs. around $6 million for Bayless, the reigning enfant terrible of morning sports TV.

Yet FS1 has given Sharpe co-billing with Bayless since day one on “Skip & Shannon: Undisputed.”

At a time when the country is wrestling with racial equality, Fox has an “incredible opportunity to make a statement,” said a source. “Give Shannon Sharpe a contract that is equal pay for equal work.”

Moderated by Jenny Taft, the debate show will celebrate its fifth anniversary as the linchpin of FS1’s studio show lineup in September. All three get up in the wee hours in Los Angeles to shoot “Undisputed,”  which airs weekdays from 9:30 a.m. to 12 p.m. ET, up against ESPN’s “First Take” with Stephen A. Smith, Max Kellerman and Molly Qerim.

Some would argue the funny, outspoken Sharpe has become as big a TV draw as Bayless. Unlike his competitors at ESPN, Sharpe doesn’t hold back on political commentary.

“I love the way LeBron responded,” Sharpe stated on the show. “LeBron says, ‘I’m well-versed in what I say — and what I do. And I’m never going to shut up and dribble.’”

“Mike Tomlin is in position to hire Black coordinators, and he hasn’t in 14 years, so I’m not going to let him throw stones at everyone else,” tweeted Sharpe.

The 52-year old Sharpe’s social media following is now equal to that of the 69-year old Bayless.

There’s also the possibility that Fox could add Sharpe, a former analyst on CBS Sports’ “The NFL Today,” to its NFL coverage, which includes live NFC games and two Sunday pregame shows.

With his wide contacts in the sports and entertainment worlds, Sharpe also gives his colleagues “cover” with stars inside and outside Fox (including James and Fox’s own Troy Aikman) who view Bayless as a TV troll, a source said.

“Everyone’s focused on Tony Romo, Jim Nantz, and the impact of one’s salary on the other at CBS. But the same thing is playing out at Fox,” warned another source.

“Shannon’s become a star in his own right. And do you really want to be paying a Black man half what his white co-star’s making? That’s a tough look these days.”

Unfortunately for Sharpe, he’s entering possible free agency when possible suitors such as ESPN and NBC as well as Fox itself are cutting salaries or hoarding their money to pay for expensive NFL media rights.

If Sharpe does end up leaving Fox, sources peg former ESPNer Emmanuel Acho as a possible sparring partner for Bayless on “Undisputed.”

Acho was named co-host of FS1’s “Speak for Yourself” afternoon show with Marcellus Wiley last June. Additionally, the host of “Uncomfortable Conversations with a Black Man” was just named to replace longtime host Chris Harrison on ABC’s “The Bachelor.” 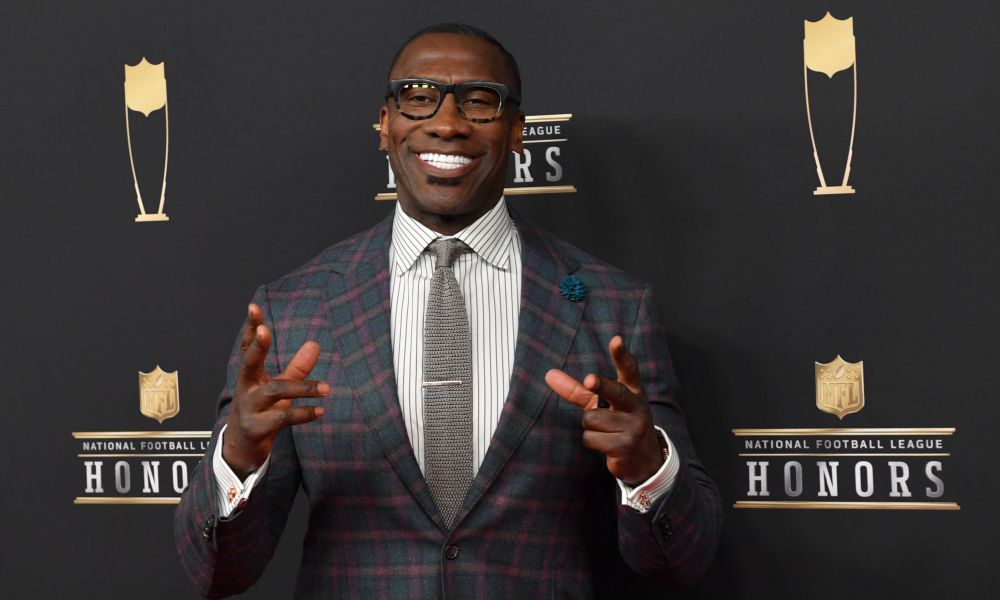 Fresh off his red carpet hosting duties at Sunday’s Emmy Awards, Fox Sports personality Shannon Sharpe has something else to celebrate. Sharpe has signed a multi-year contract extension with Fox […]

“Maybe the move for Fox is to say, ‘OK Shannon, if you think there’s somebody who’ll pay you $6 million, then go for it,” said another source.

But does Fox want to play hardball with Sharpe? The network’s known for being talent-friendly. Sharpe’s been a loyal partner to Bayless, signing an extension of his original contract in September 2019. Bayless signed a contract extension with Fox last fall.

Meanwhile, Fox is negotiating a multi-year deal with the NFL to continue to broadcast NFC games on Sunday afternoons.

The network will have to double its current $1.1 billion a year payout to the $2.2 billion range, said sources. Fox’s current NFL media deal runs through the 2022 season.