Despite women rising throughout the NFL ranks, football continues to be a largely male-dominated sport both on and off the field. While the sport still has a long way to go in terms of diversity and inclusion, Kim Miale has emerged as one of the NFL’s few women agents.

Since May 2013, Miale has been an agent with Roc Nation Sports, a division of the entertainment agency founded by Jay-Z. She represents several NFL players, including New York Giants running back Saquon Barkley and JuJu Smith-Schuster of the Pittsburgh Steelers. She also serves as general counsel for Roc Nation’s sports department, working on endorsement agreements for its baseball, basketball and football clients.

Miale’s ascension in football is one that has been rarely seen on the agency side. As recently as last June, there were 800 NFL Players Association-certified agents, according to Sports Business Journal. Of those agents, only 34 were women — equating to less than 5%. Only 17 of those 34 female agents had clients in the league, a 19% drop from 2017 when 21 female agents had clients on an NFL roster.

For Miale, her rise has also coincided with that of her famous clients. Barkley was the No. 2 overall pick in the 2018 NFL Draft and wound up winning the NFL Offensive Rookie of the Year for his debut season, though an ACL prematurely ended his 2020 campaign. Smith-Schuster is matching his on-field talent with notable off-field business ventures and endorsements. The 24-year-old has his own clothing company, partnerships with Adidas and MeUndies, and recently launched Team Diverge, an athlete-led gaming entertainment and lifestyle company.

Not even the coronavirus pandemic has put a dent in Miale’s negotiating skills. In late-October, the Baltimore Ravens inked a five-year contract extension with her client Ronnie Stanley. Worth $98.75 million in new money with a maximum value of $112.866 million, the deal is the largest-ever NFL contract negotiated by a woman.

Front Office Sports spoke with Miale about the Stanley deal, the impact of other important female football figures like Katie Sowers and Sarah Fuller on the sport and how the pandemic has changed how she approaches her job.

Front Office Sports: From Katie Sowers to Sarah Fuller, women are slowly becoming more commonplace in football. What has it been like seeing this trend continue since you first became an agent?

Kim Miale: It’s so exciting and it’s been incredible to watch. When I started, the percentage of women who were certified agents was less than single digits. It probably still is to be honest, but you see more and more of it, and then you will get the coaching side, broadcasting, front office.

It’s really starting to turn a corner and it’s exciting to watch and exciting to see. It just helps the sport all around. It brings different perspectives and helps to broaden the fan base as well. 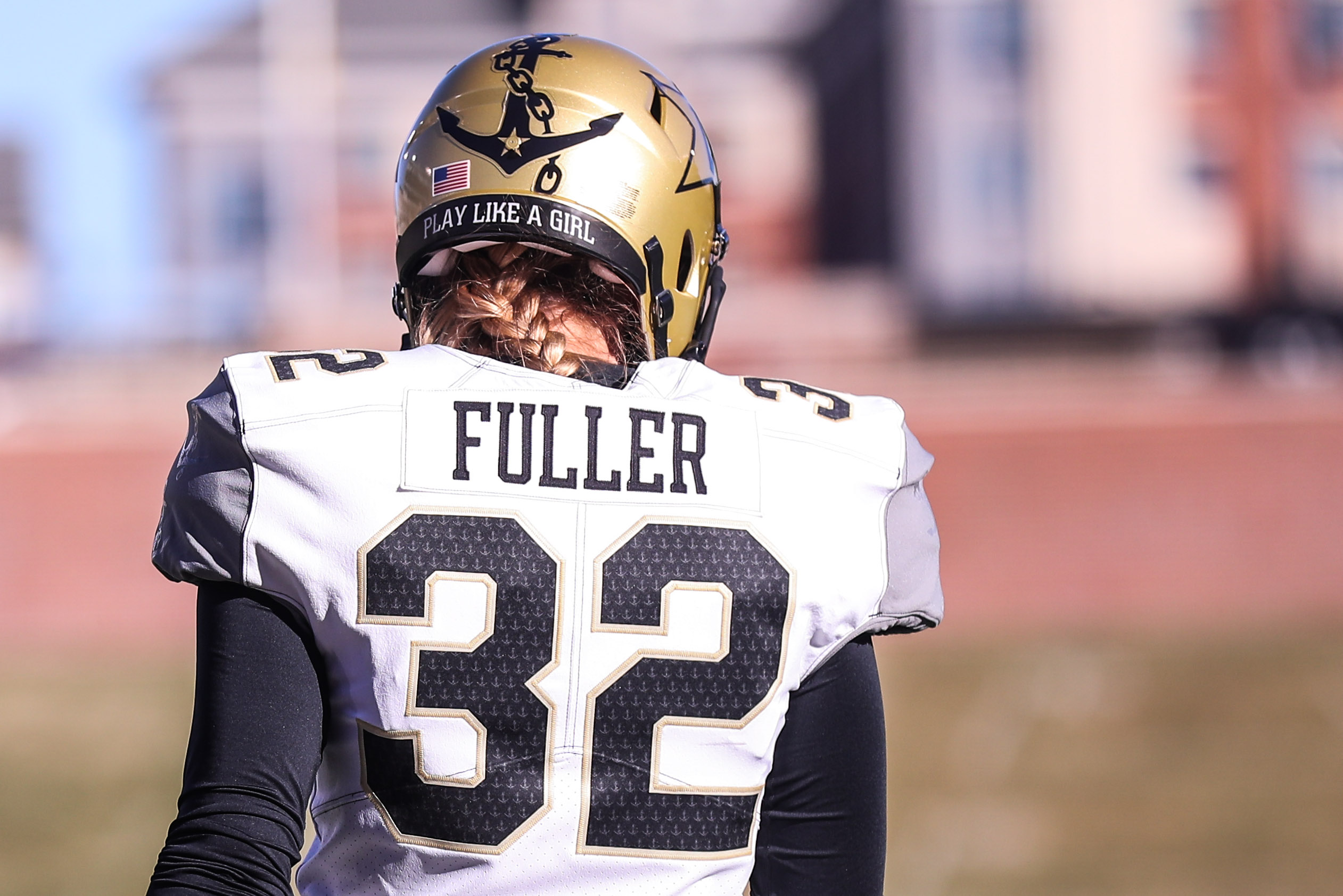 FOS: To have this milestone deal with Ronnie Stanley, just how do you see that changing other agents’ perception of you? Do you think it legitimizes you further, or do you really not pay much attention to those critics within your business?

The Ronnie deal was so important to me because I’d been recruiting Ronnie for a long time. He decided to stay at Notre Dame his senior year, so I started recruiting him his junior year. To be in his life from that early on, and to watch him achieve his goals throughout the years and culminating in this huge extension deal — which he so deserves — it was just such a real, moving moment for me.

FOS: Because of COVID-19, what has been the biggest adjustment you’ve had to make as a sports agent?

KM: The draft was an entirely different process than the pre-draft, so we had to be really nimble, especially because we were repping a player [in Julian Okwara] that was injured in college and wasn’t able to work out the combine because he wasn’t at 100%.

Our plan the whole time was to go in and do the workout at pro day. Well, as, you know, every pro day got canceled, so that didn’t happen. We had to find a way to get the messaging out to teams that one, he was 100% percent healthy, and two, just to show what his skillset was and really had to be creative on how to do that. Everything was really different from March going forward — and is even today.

FOS: What’s one business lesson you’ve learned this year that can carry over into 2021 and beyond?

KM: I think you just have to be really adaptable, creative and be able to pivot because if you get so set in doing business a certain way, and aren’t open to considering other streams of revenue or other ways of getting a message out, then you’re going to get yourself stuck in a box and not be able to prevail during these difficult times.

As a company, and as an agent with my players, we’ve just had to figure out different ways to do things in these difficult circumstances and find a way to still be successful.

FOS: What does the agent landscape look like to you? Is it becoming more diverse and inclusive, or is it still largely homogenized?

KM: I mean, it’s still mostly males who are agents. The numbers don’t lie. I don’t know if it’s because some women just don’t feel it’s a feasible business to crack into, and so don’t go and sit for the test and decide to go that route. I’m not sure what the reason is.

But I hope that more women make themselves known and present and show that this is a business that you can not only work in, but thrive in and that it helps to inspire more women to come into this business. Having women as agents is so important because we do bring a different perspective and I think having more choices for the players is a good thing for them. It’s not just your stereotypical agents that they have to choose from. They can at least have different options that look different and that have different backgrounds. They can figure out who’s the best fit for them and not just have a cookie-cutter type of decision to make. 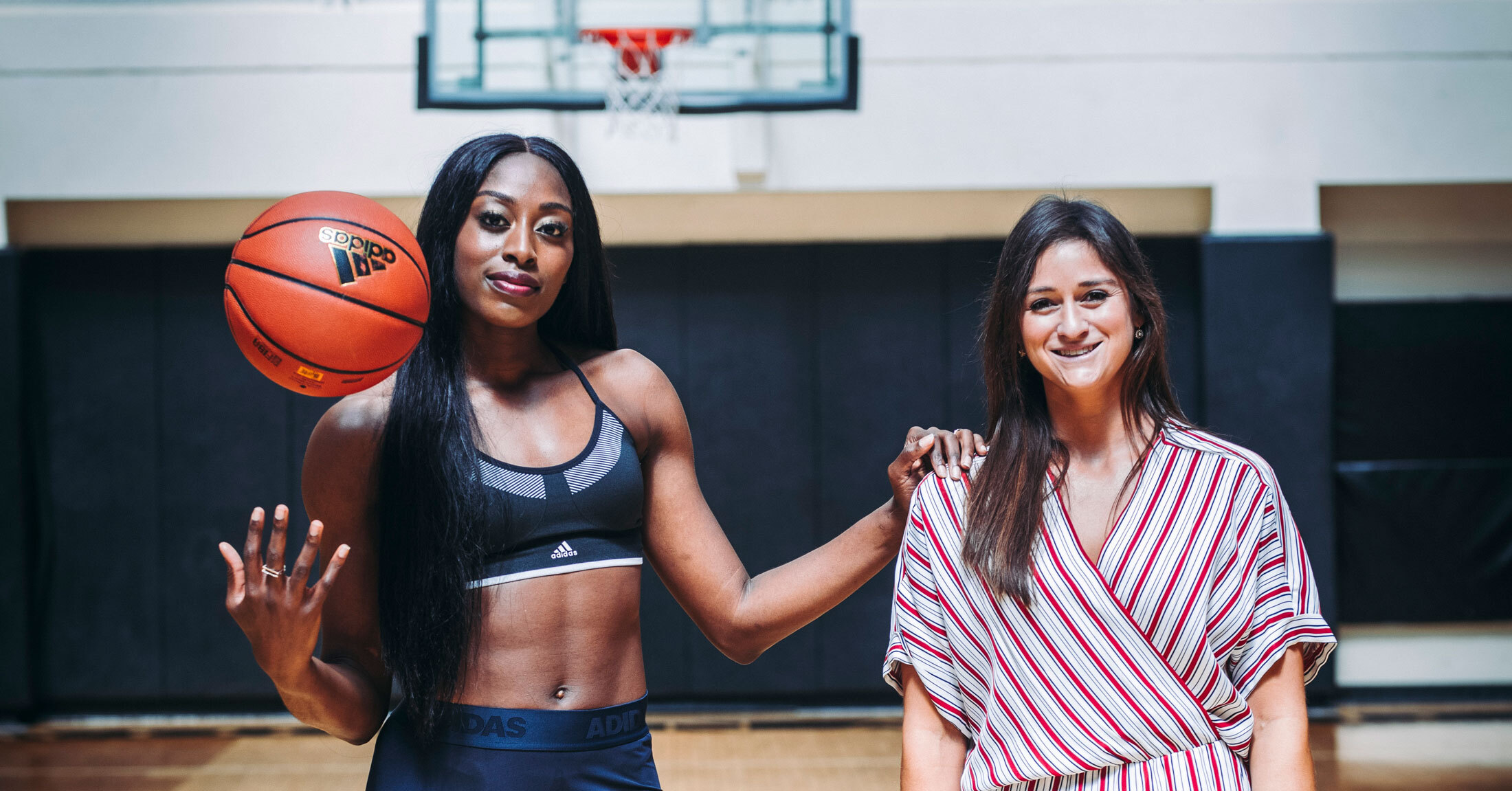 Both WNBA star and ESPN personality Chiney Ogwumike and her agent, Allison Galer, know what it took to work their way up in sports.

FOS: You’re obviously very impactful. Your mentor, Kristen Kuliga [founder of K Sports & Entertainment], is another female agent who’s found success. Do you see any emerging — or even present — female sports agents coming into the spotlight?

KM: One woman who is not an agent, but still in the business, and has been just incredibly groundbreaking is a woman named Jackie Davidson. When I got to Roc Nation, one of my first clients here was Geno Smith, who was the quarterback for the Jets. I didn’t know who to expect on the other end of the line, negotiating the contracts on behalf of the Jets. Lo and behold, there was another woman in her thirties.

Jackie’s now with the Tampa Bay Buccaneers [as their director of football research]. She and I came full circle because we were negotiating a contract. My client Leonard Fournette went to the Bucs a couple of months ago and there was Jackie. She’s been very inspiring because I think you’ll see that most of the football administration folks in various organizations are by and large men. She’s been in this business for a very long time and been successful, so she’s been an inspiration to me.

FOS: DeAndre Hopkins negotiated his latest contract without an agent. Same with Russell Okung, Richard Sherman, etc. What would your pitch be to players who are thinking of representing themselves, and do you expect this trend to continue?

KM: I’m not sure. Not to take away anything from the players who’ve repped themselves, but I do think there’s some behind-the-scenes assistance perhaps. I can’t say with 100% certainty, but that being said, the value of having an agent is number one from a contract standpoint.

The GM doesn’t necessarily negotiate the contract. They have experts in negotiating contracts, handling it on their behalf as well. Why should a player not also have an expert that does contracts and has negotiated contracts for a living at the table advocating on their behalf?

I also think it’s easier for someone else to be your advocate than for you. Sometimes during the course of the negotiation, things come out and [teams] say some things that could be negative about the player. Having an agent be a buffer and not hearing that directly can sometimes help the relationship to stay in a good place, whereas if [the player] were the person hearing it directly, that could fracture the relationship.

Just in the contract itself, the language can be very dense. Again, it’s not to take away that players can’t do it. If you have someone who’s an attorney, for instance, reviewing that language, I think that they’re going to add enough value that it makes sense for you to pay whatever percentage you’re comfortable with to have them do that.

Beyond just the contract, I think an agent should do so much more for a player. For instance, when you get injured, making sure that you get a second opinion from the very best in that specific field of whatever the injury may be. If you get fined or suspended, having them represent you in those sorts of matters. Also, just helping you with basically every asset of your professional career, whether it’s from a PR standpoint, marketing standpoint, philanthropic standpoint.

I think agents do so much more than just the contracts that hopefully players see the value in that. That it’s not just, ‘I do your contract and, when it’s up in four years, I’ll resurface.’ For me, we work with so few clients at Roc Nation, and that’s by design. Players really become like family to me and to the other members of the team here at Roc Nation.

We’re building relationships that hopefully lasts a lifetime, and I hope that other players see the value in that.