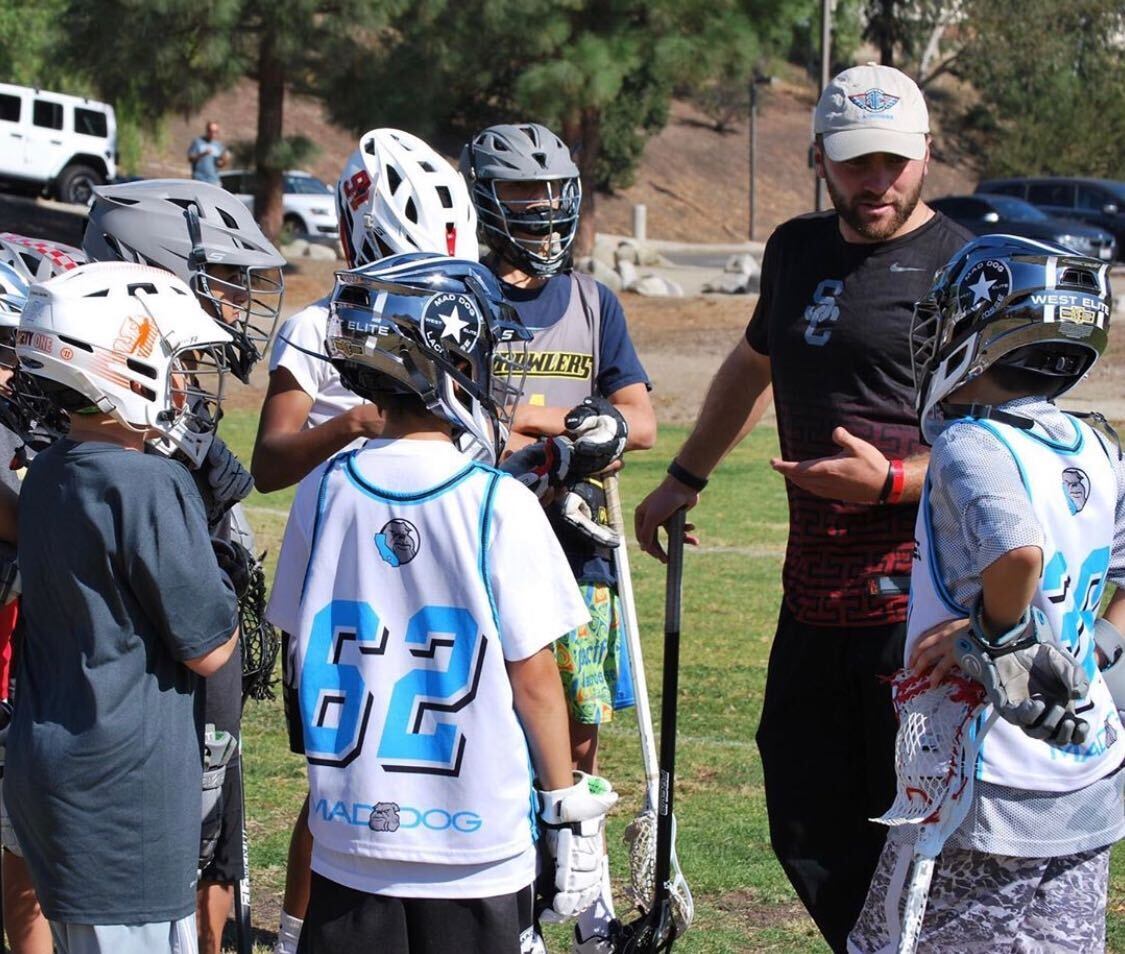 The $19.2 billion youth sports industry has been hit hard by the pandemic. Aside from the long-term financial repercussions for organizations within the space, there’s growing concern about athlete development and keeping kids connected to sports they can’t play right now.

As players adapt to that, the virtual training space has exploded. Lacrosse, one of the fastest-growing sports in America, has seen a particular increase in interest, with companies already involved seeing rapid growth and others working quickly to make a digital shift.

Rob Pannell, a seven-time Major League Lacrosse All-Star who will be playing for the Premier Lacrosse League this summer, developed an app, A3, as a virtual version of his Attack Academy training program to meet the growing demand for his popular in-person camps and clinics.

Unable to coach at multiple camps at one time, Pannell decided to push forward with an app that could create a sustainable model to increase instruction past physical camps. As Nick Busto, head of operations at A3, said, “there was more demand than there was supply.” That initial goal has served Attack Academy, and its participants, well in the current crisis.

A3 has seen subscribers and monthly recurring revenues increase over 500% since March 1. In the same span, user downloads have increased by 100%.

“We started with your traditional model of instructional videos and hours of content, but we created a two-way communication system where users can submit videos and get feedback through the app itself,” Busto explained. “That was the novel concept that we launched A3 with, and those are the types of things that we have seen pick up since [the] middle of March – the things that give these players better access.”

The A3 app has also expanded its offerings as a result of the increased demand. Penn State attackman Grant Ament and PLL star Will Manny, who also serves an assistant coach for the University of Utah, joined the platform as instructors. The plan to expand was already in process but was expedited by the COVID-19 pandemic.

“We weren’t necessarily in any rush to expand, but the current situation – it accelerated our plans,” Busto said. “We’d always envisioned adding multiple players to the platform and were going to do so with Grant when his season ended, whenever that was, but with players at home [and] a season still months away, for everyone, we have an opportunity to provide value to the users through players they’re not necessarily able to work with in person right now.”

Since February 31, Class’s user base has nearly tripled – growing 174% over two months. Including team sign-ups, the platform’s total user base has grown 702% – over eight times.

“The recent growth has been tremendous for FCL,” Class said. “It certainly exceeded expectations, especially with our ability to engage with teams in addition to just individuals. It’s a tough time for players, and we have just been fortunate to be in a position to help be a positive impact through technology.”

First Class Lacrosse does not have an app but still takes an entirely digital instructional approach. A subscription gives users access to a website portal and a private Instagram account with additional video content. Teams get access to additional resources as well. First Class Lacrosse has hosted over 20 webinars for colleges, high schools, and club teams during the pandemic, reaching over 2500 athletes virtually through team-subscriptions alone.

“COVID has brought alternative forms of education to light, and we [were] big believers in the impact of video and online instruction well before this pandemic,” Class added. “Going forward, we’ll continue to upload and curate weekly content to deliver value to our clients [and] on a larger scale; we’ll continue to align ourselves with top coaches and trainers in the space.”

As with A3, First Class Lacrosse was launched in 2019. Only a year into existence, both have seen greater growth than expected, given the current climate. While in-person camps and clinics aren’t possible, they were able to shift to their existing virtual platforms smoothly.

“A lot of for-profit enterprises that are providing these services are unable to gather now, so this pivot to digital training is something that is taking off,” Steve Stenersen, US Lacrosse CEO, said. “I think there’s more to come to fill the breach, and it’ll be a necessity moving forward – well into 2021 and likely beyond.”

This pivot was already underway, particularly as the popularity of the sport continued to grow and demand for high-level instruction increased. While the growth rate for lacrosse has slowed somewhat in recent years, total participants broke the 800,000 barrier in 2019, up 8% from five years ago. It is still the fastest-growing high school sport on both the men’s and women’s side, and the second-fastest at the college level.

“Some of the bigger brands in lacrosse, prior to COVID, were already in the space and evolving their positions. If you’re a big name in the sport, you can’t be in every zip code every year,” Stenersen said. “They’re trying to provide real scale to their business model – which is their brand and their skillset as a pro or a high-level college athlete or coach. The pandemic has certainly lit a fire under that initiative and caused people to try to sprint in that direction rather than slowly pivot.”

US Lacrosse, the sport’s national governing body, is trying to do the same itself. The organization is shifting its educational focus virtually by digitizing its player evaluation platform as part of the national team development program and expanding its online developmental tools. Efforts to engage with its membership through digital assets, like the newly created LaxAtHome portal, which is an aggregation of all the organization’s online resources and social channels, have also increased. Webinars, digital content that is updated daily, online publications, and more are all now available for parents, players, coaches and officials.

“We’re very focused on the development of standardized digital assets that sync with our athlete development model and are digitally available,” Stenersen said. “We’re concerned about the bigger issues of attracting more players – young players – to our sport and retaining those young players longer by building out youth development and creating consistent resources that assess skill level at each developmental stage.”

The organization has seen a significant increase in engagement since expanding its digital content offerings to better connect with and provide value to US Lacrosse’s 440,000 members – the vast majority of whom are youth players below the high school level.

U.S. Lacrosse’s Mobile Coach app, free to all members, features its library of lacrosse videos and drills sorted by different ability levels. The focus of the app’s offerings now, Stenersen said, is more on the “fundamentals.” The focus moving forward is “on really beefing up the content and evolving the technology” to provide a standardized educational curriculum.

“This situation has clarified that we’ve got to invest far more in developing a range of content for each of our key constituencies – parents, players, coaches, officials,” Stenersen said. “Our membership has been hit severely because kids aren’t playing, so engaging them [is important] because they need and want resources. But also because we want to make sure people remember the types of services our organization provides and the outlet we provide to lacrosse.”

U.S. Lacrosse doesn’t see itself in competition with some of its biggest stars, but instead as serving the same goal: to help young players continue to develop during this crisis and beyond and, in turn, continue to grow the game as times change.

“We’re trying to differentiate the resources that we provide, not in competition with the entrepreneurs out there, but as the base to which they would provide an advanced compliment,” Stenersen said. “We all have blind spots professionally and organizationally. One of ours has been that we push a ton of content out [that’s] focused on parents, coaches and officials. We have not pushed as much directed specifically toward engaging the young player or across social media. And that is changing and will and will always be changed.” 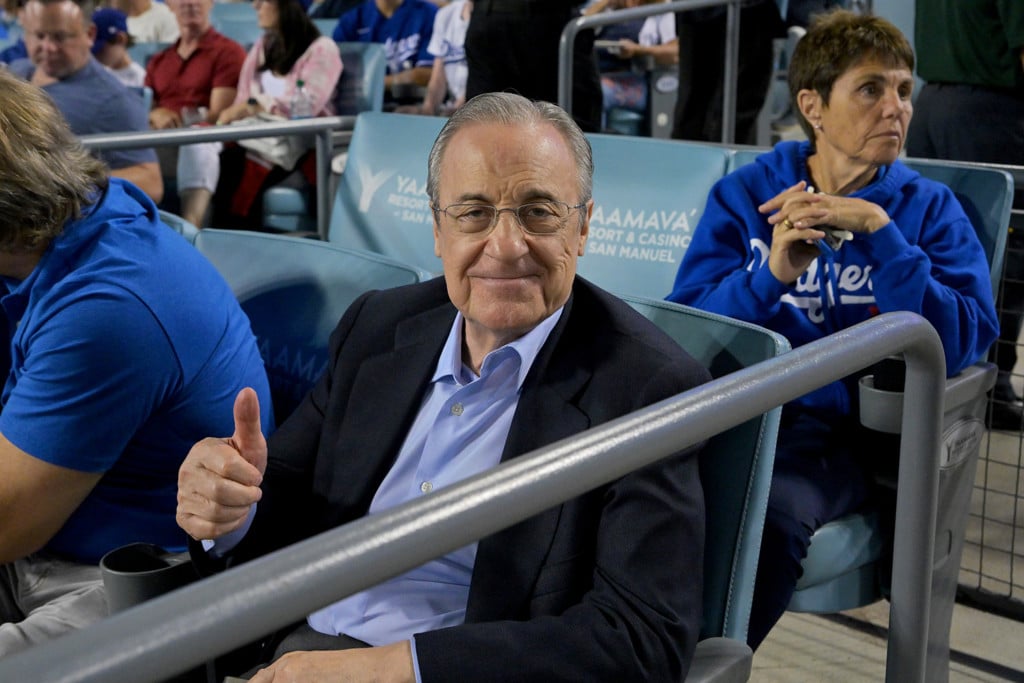 Bayern Munich is looking to expand its reach in the U.S.
Sign up for our newsletter.
The influence of sports on business and culture.
See latest edition