Meet The Rising 25: Josh Keiles of The National Sports Forum Today, meet Josh Keiles: Vice President of Business Development at the National Sports Forum (NSF). Keiles’ lifelong love of sports brought him to Columbia University where he played football and graduated in 2015. Keiles then went on to participate in the professional master’s in sports administration program through Ohio University, which he will graduate from in 2020. When his playing days were over, Keiles made the decision to pursue a career on the business side, which brought him to NSF.

Over the last year, Keiles managed a group of four people. Each member of the group hit their revenue goal for the year, breaking the company’s annual revenue record. Keiles describes this as his proudest professional accomplishment to date.

Based in San Diego, the National Sports Forum (NSF) hosts a series of professional networking events throughout the United States. Keiles joined the organization in 2016 as a business development coordinator and quickly rose through the ranks to his current role as a vice president.

The National Sports Forum's @thebigsportsguy found his way in the industry by taking a chance on something new and betting on himself. Meet Josh Keiles, #Rising25 Class of 2019, presented by @abinbev.

Working at NSF, Keiles can appreciate the fact that he and his team are able to study and learn about several different aspects of the industry.

“It’s an interesting cross-section of sports that we find ourselves in. We look at everything on the revenue-generating side: marketing, sponsorships, ticket sales, business development. It’s a great place to be.”

Keiles has several people that he considers mentors that have helped him get to his current position, including NSF founder and president Ron Seaver as well as Jim Kahler of Ohio University, who is the executive director at the school’s center for sports administration, and Dave Mullins: senior vice president at Chicago based agency rEvolution.

“In addition to the people that I consider mentors, everybody that has served on the National Sports Forum Steering Committee has been very valuable and a great resource for a young person like myself trying to make the most of his opportunities.”

In his career up to this point, Keiles has learned the importance of establishing strong connections with other people throughout the industry. This is his biggest piece of advice to young people trying to get their career off the ground.

“It’s all about the relationships. I don’t think that really hits home for a lot of people until they’re out in the real world. Building genuine relationships with people. Reach out to people on Linkedin and Twitter that are your guiding lights in the industry or the people you look up to. Even if you don’t know them, you’d be surprised at how open they are to having conversations just to kind of give back to the next generation that’s coming into the sports industry.” 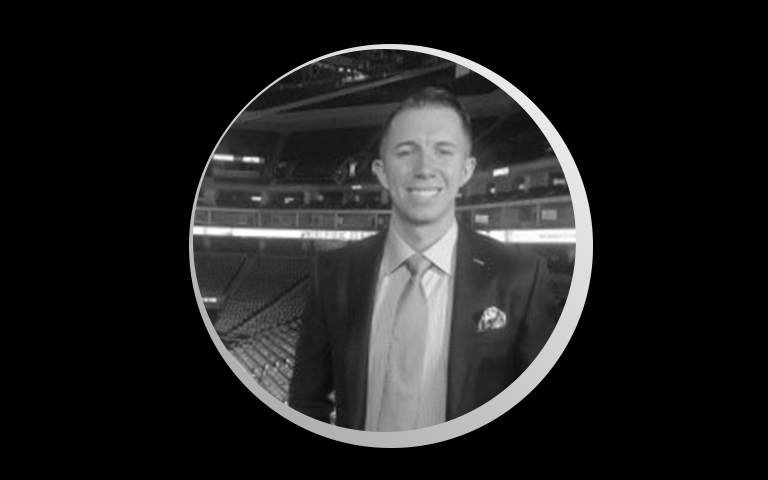 Meet the Rising 25: Travis Case of the Los Angeles Kings

Shortly after graduating from Belmont University in 2016, Case began a career in sales that is off to an impressive start.