In years past, one of the biggest hurdles for users shopping on an app like Instagram was being redirected to various pages and sites during the checkout process. It was never seamless and often provided more headaches than necessary to online shoppers.

Last March, Facebook took a major step in its e-commerce efforts by launching Instagram Checkout, a feature that allows users to buy products from brands directly on Instagram without ever leaving the app. Over time, Instagram Checkout has expanded its presence into sports with the help of the Milwaukee Bucks.

Instagram Checkout’s debut included only 26 brands — including the likes of Nike and Warby Parker — in the initial beta test group. In late September, the Bucks became the first professional sports team to successfully incorporate the feature onto their Instagram account.

Shopping on Instagram for sports properties has grown significantly since the Facebook-owned app began testing this feature in November 2016. A high percentage of teams around the world have onboarded onto Instagram Shopping, ranging from football clubs like Bayern Munich FC and Manchester United to the NFL’s Green Bay Packers and San Francisco 49ers.

These teams were able to post “Shoppable” content, which enabled fans to tap on products that brought them directly to the team’s owned-and-operated online team stores to finalize their purchase.

With the Bucks however, they have become the first sports team to onboard Instagram Checkout into their Instagram Shopping, letting fans make purchases directly from the app. They can tap to view a product from a shoppable post and proceed to the payment process. All they have to do before checking out is input their name, email, billing information and shipping address.

“[Instagram Checkout] is something we’re really excited about in the sports world,” said Kevin Cote, director of sports partnerships, teams and athletes at Facebook. “I think there’s a lot of momentum and potential, and it was great to see the Bucks lean in in such a great way. We’re hoping that this helps create more momentum in the space.”

While Instagram Checkout isn’t a new phenomenon, Nick Monroe, director of content at the Bucks, says that its launch made him find a next natural step in the organization’s relationship with Facebook.

For several years, the Bucks had been a guinea pig for many of Facebook’s and Instagram’s notable rollouts. They were one of the first sports franchises to create content on IGTV.

The backend of their online store is built on the Shopify system, which previously experimented with native ad-buying through Facebook carousel ads. The Shopify system that the Bucks currently use is also a part of The Libra Association, a collection of major companies involved in the growth of Facebook’s cryptocurrency project, Libra.

After learning that Shopify would be integrated into Instagram Checkout, Monroe realized the feature’s potential in adding another monetization outlet for the Bucks.

“When I knew that that was one of their key partners, that really teed it up for us in terms of wanting to reach out and start that conversation about, ‘How do we raise our hand and become one of the first teams to do this?’” Monroe said. “Because it’s something that we really want to use to drive revenue, and knowing where we were in terms of having the reigning [two-time] MVP — Giannis Antetokounmpo — was something that we identified as being able to be a key source for us.”

Thus far, Monroe has been impressed with how fans have utilized Instagram Checkout on the Bucks’ page. On the heels of Antetokounmpo finishing as the NBA’s fifth-most popular jersey during the league restart, the 25-year-old was then named league MVP for a second consecutive season.

The team celebrated Antetokounmpo’s accomplishment with the launch of the 2019/2020 NBA MVP Collection, which saw 22% of transactions from the Bucks Pro Shop occur via Instagram Checkout. While Monroe does acknowledge that the average cart size is lower on Instagram Checkout than through the Bucks website, he still remains optimistic about the platform’s potential.

Already seeing 22% of transactions from their Bucks Pro Shop come through Instagram Checkout, Jurgen Castro, vice president of digital marketing at advertising and marketing agency IMRE, believes that statistic will serve as a solid foundation for the team’s frictionless user experience attempts.

“If you remove all of them, which the Instagram Checkout experience really does, then you’re able to really have much higher conversion rates and drive those higher rates of commerce,” Castro added. “At 22%, that’s a really, really good starting point, and I think you’re going to see that number continue to increase, especially because so much conversation on social — and within Instagram — is about sports.”

Outside of increasing their Instagram Checkout capabilities, Monroe says that the Bucks have several more fan experience-specific projects emerging this offseason.

The Bucks plan to tap into the influencer market by working with creators to have them repost and share team products on their pages. Monroe envisions a future in which users can visit a creator’s profile and come across a post of them in Bucks gear with a link for their followers to purchase it within the app. The Bucks already are slated to use Instagram Checkout for the release of their 2020-2021 City Edition jerseys.

As the Bucks continue to innovate on Instagram, Monroe says that the team is constantly looking to inform their social media followers about their latest online projects.

“We want to make sure that we’re going to go forward with messaging, because customers have seen shopping on Instagram before, but I don’t know if they’ve necessarily seen the Checkout feature,” Monroe said. “We know they haven’t seen it from a sports team, so we want to make sure that we’re educating our customers on how to do it, how to have their information in there and the easiness of the product.”

“Cheer at the Ballpark,” which allows MLB fans to cheer, boo or clap virtually, saw over 71 million fan reactions on MLB.com this season.

After launching an OTT channel earlier this summer, the Professional Fighters League has partnered with WAVE.tv to expand its digital reach.

Skincare brand Art of Sport’s 2020 has included massive challenges, but with those have come a stronger outlook on its future business. 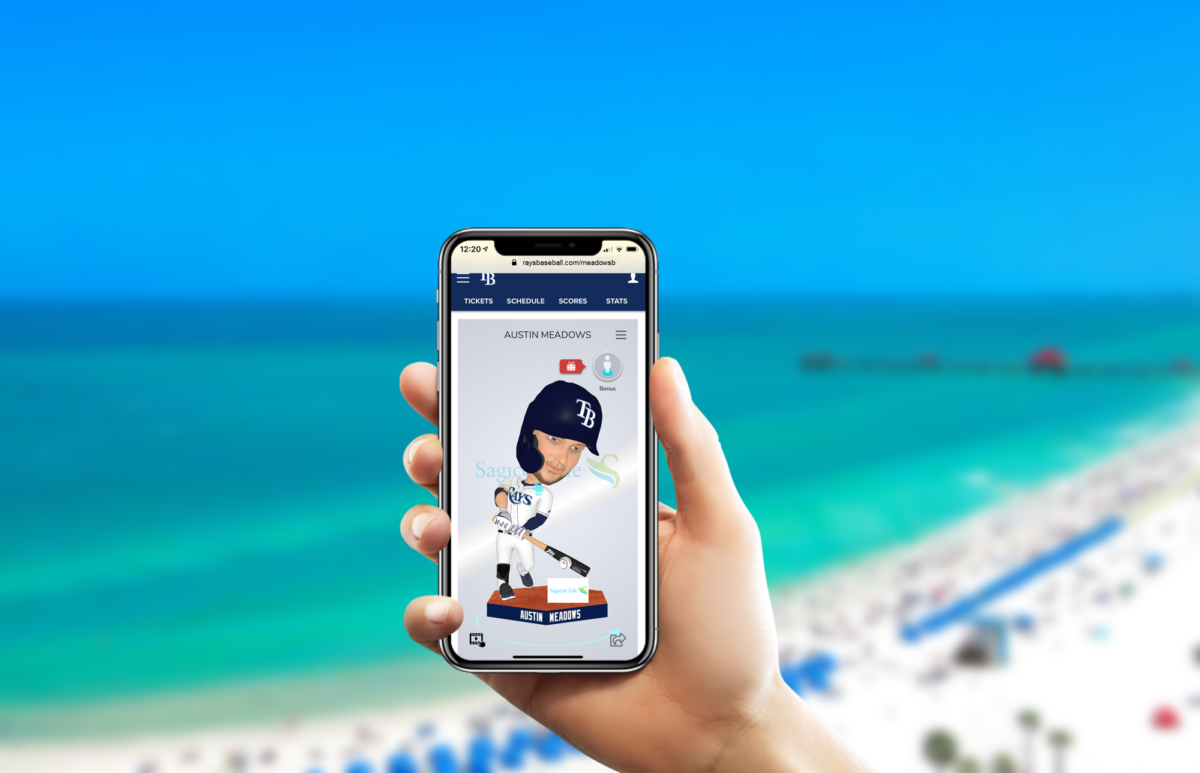