A fan paid $6,499 each for tickets to Game 5 of the World Series, the most expensive seat for a sporting event purchased on StubHub since the pandemic began.

The majority of seats for the World Series are sold in four-seat “pods” to ensure social distancing, but these were sold as a pair since luxury seats were exempt from the pod format.

The seats purchased were for Globe Life Field’s Speakeasy, billed as the “most surprising and exclusive club experience” at the Texas Rangers’ new ballpark. The main feature of the Speakeasy is an all-inclusive lounge with food and drinks, but that amenity isn’t open as a result of the pandemic.

The Los Angeles Dodgers lead the Tampa Bay Rays 3-2 in the best-of-seven series in Arlington, Texas. MLB is the first league out of the four major North American sports to allow fans to attend a championship. Seating is limited to 11,500 fans, about 29% of Globe Life Field’s capacity.

“The current event climate is making for great deals for fans who are comfortable attending a live event,” said Adam Budelli, spokesperson for StubHub. “While inventory on the primary is lower, we are still seeing the same ratio of inventory on StubHub that we’d usually see, which means an equal opportunity for fans to capitalize on the marketplace.”

With the NBA, WNBA and NHL using bubble setups minus fans, there hasn’t been a pricey U.S. sporting event since COVID-19 forced the shutdown of college and pro sports in March. Not surprisingly, the most expensive seat in 2020 sold on StubHub was $34,000 for a Super Bowl LIV ticket at Hard Rock Stadium on Feb. 2.

The largest overall purchase for the Word Series is for Game 6 on Oct. 27, where the Dodgers can seize their first title since 1988. An individual purchased four seats at $6,000 each for a total of $24,000 to sit in the first row of the Home Plate Club, according to information provided to Front Office Sports by StubHub.

As of Oct. 26, the average price for World Series tickets sold on StubHub is $753, about 32% less than last year’s World Series featuring the Houston Astros and Washington Nationals. The average sale price this year is 12% lower than the last time the Dodgers were in the World Series in 2018.

“The neutral site for the World Series, as a result of the current pandemic, is making for a particularly unusual sales landscape,” Budelli said. “We see fans getting tickets to these games for the low $300s. The highest price of a ticket sold is under $7k, [which is] relatively unprecedented for such a championship matchup.” 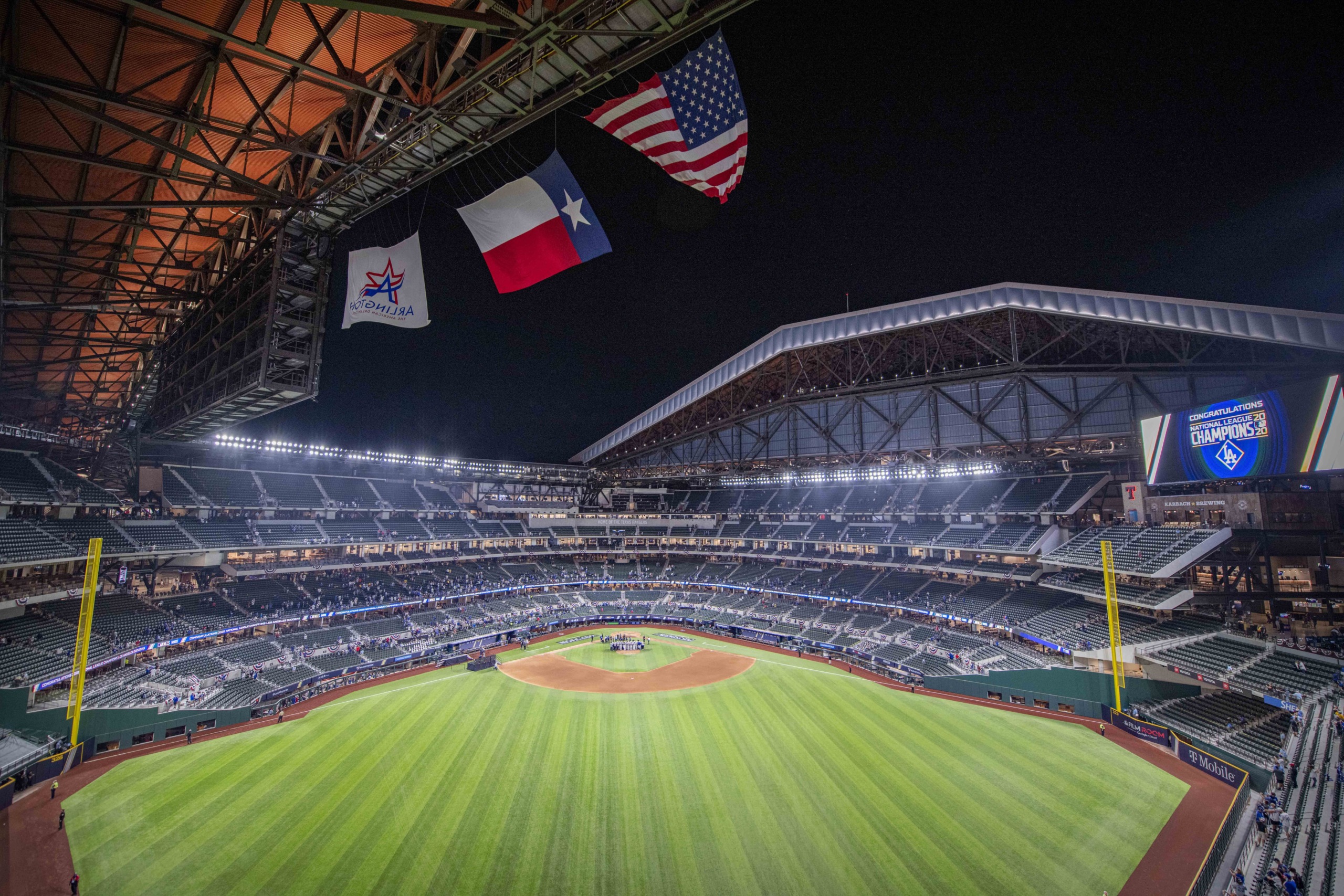 Despite reudced capacity due to COVID-19, there about as many seats available on the secondary market for the World Series as last season.

The most expensive seat sold for the 2019 World Series was $16,500, a mark hit for Games 1 and 6 at Houston’s Minute Maid Park. The figures provided by StubHub were for base prices and didn’t include fees.

Had the series not gone to six games, this would have been the least-attended World Series since the Chicago Cubs beat the Detroit Tigers in five games at the 1908 World Series. That series drew 62,232 people, according to Baseball Almanac. Through the first five games, the 2020 World Series’ total attendance is at 57,185.