Editor’s note: This story was updated on Oct. 20 with new ticket data.

The pandemic has led to the first truly neutral-site World Series in MLB history and it’s a relative bargain, although that comes with an asterisk.

Those looking to purchase tickets to watch the Los Angeles Dodgers and Tampa Bay Rays have to buy seats at Globe Life Field on the secondary market four at a time, a measure put in place by MLB to ensure social distancing. The same four-seat “pods” spaced at least six feet apart were used in the National League Championship Series, which also took place at Texas Rangers’ new stadium in Arlington, Texas.

“It’s certainly unprecedented,” StubHub spokesperson Adam Budelli said. “We are learning as we go. This is the first championship [since the start of the pandemic] that has allowed fans. Certainly, the bubble worked really for the NBA and NHL. When you look at the numbers, it’s hard to even say it’s apples to apples because of the neutral site. There are a lot of unique circumstances coming together.”

As with the NLCS, each World Series game is limited to 11,550 fans, roughly 29% of the capacity of the retractable roof ballpark.

“We are encouraged by the return of fans to the NLCS and believe that the protocols used at Globe Life Field can be replicated elsewhere to safely bring fans back to ballparks,” MLB Senior Vice President Bryan Seeley said in a statement to Front Office Sports.

Despite the cut in capacity in Arlington, there are about as many tickets available on the secondary market before the start of the World Series on Oct. 20 as last year’s series between the Washington Nationals and Houston Astros, according to TicketIQ.

Last-minute bargains could be had before the teams took the field for the start of the series, some going for as little as $200 each on StubHub.

“We have a large amount of inventory compared to other marketplaces, given our official partnership with MLB so I anticipate that we see a higher rate of last minute tickets move than you may see elsewhere,” Budelli said. “If the NLCS is any indication, we saw a strong inclination toward last minute buying. That may very much be because of the combination of large inventory and tickets being available all the way until 90 minutes into game time.”

“People are feeling it out at this point,” TicketIQ founder Jesse Lawrence said. “That always happens after the teams are determined. Prices have ticked up in the hours after the Dodgers won the NLCS. I’d expect them to drop a little bit. It depends how many Dodgers fans in Texas decide they want to go. There’s a reasonable number of Dodgers fans in the area. Probably not so many Rays fans in Texas. The big question will be how many fans are willing to travel to Texas?”

StubHub has seen sales of World Series tickets increase about 20% each day since tickets hit the marketplace on Oct. 6. About 70% of the tickets sold so far by StubHub were bought by customers outside of Texas and about 25% of the tickets were purchased by buyers in California.

“I imagine we’ll continue to see this trend of out of state buyers snapping up tickets as they get their travel plans locked in.” Budelli said.

This is actually the fourth World Series where all games will be played in the same ballpark, although the first three were held in the same cities where each team played. The 1921 and 1922 World Series — which both featured the New York Giants and New York Yankees — were played at the Giants’ Polo Grounds, which was shared by the teams as the original Yankee Stadium was under construction. The 1944 World Series between the St. Louis Browns and St. Louis Cardinals was played at Sportsman’s Park, the stadium both teams called home at the time.

Dodgers fans in Los Angeles and Rays fans in Tampa each have to fly about two and a half hours to the Dallas area, so it’s not as much a snap decision as it was in the pre-COVID era to watch your home team play. 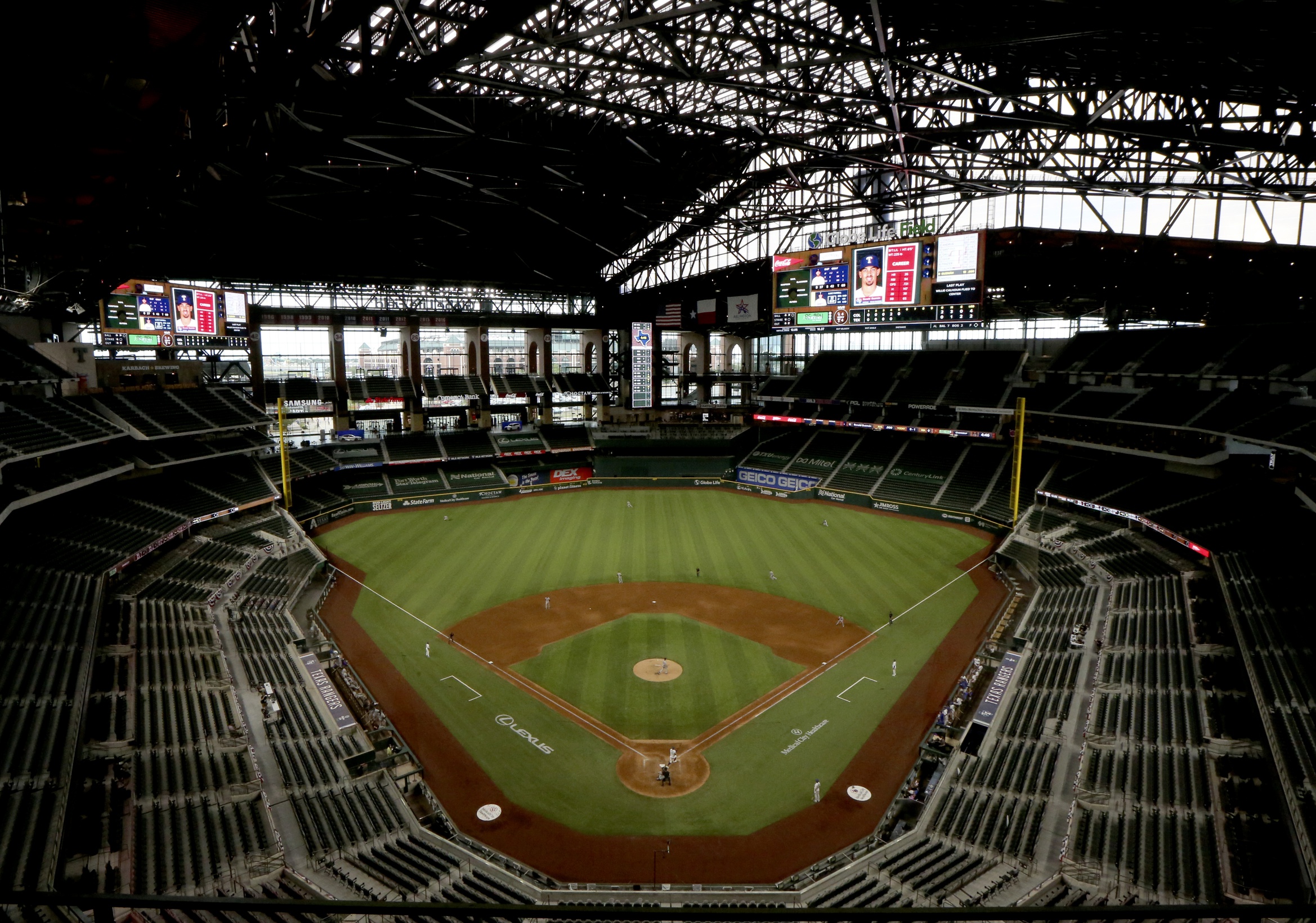 The NLCS will also be the first MLB games to allow fans overall this season due to COVID-19. The league had kept games closed amid the Wild Card and Division Series rounds.

“There may not be a lot of last-minute buying,” Lawrence said. “There could be some by locals if the prices drop dramatically since this is a rare opportunity to watch a World Series.”

Budelli said the best comparable event in recent history would be the Clemson-Alabama College Football Playoff National Championship game at Levi’s Stadium in Santa Clara, Calif., in January 2019. There were thousands of seats on the secondary market at kickoff with tickets below $200, making it the cheapest title game since the CFB format debuted in 2014.

As usual, it’s a mix of ticket brokers and season ticket holders selling most seats on the secondary market. The change this year is those ticket holders aren’t from either team, but those who hold season plans with the Texas Rangers.

“Season ticket holders for the Rangers are likely flipping their seats,” Lawrence said. “A lot of those ticket holders didn’t get anything from the first season at Globe Life Park and now they’re using this as a way to salvage some of their investment.”

The other factor, clearly, is fans — especially far from the Dallas-Fort Worth area — venturing into a ballpark in the midst of a pandemic.

MLB and the Rangers created guidelines outside the pod format to make it safer for fans, including a mask mandate, keeping all fans at least 20 feet from players, and no paper tickets or cash allowed. All ticketing is done through the MLB Ballpark app, even those purchased on secondary ticketing sites.

“The Arlington Fire Department, our local public health authority, and Tarrant County Public health have remained in communication with Major League Baseball and the Texas Rangers,” Lt. Richard Fegan of the Arlington Fire Department said in an email to Front Office Sports. “We are satisfied with the level of communication and coordination from all organizations involved in ensuring these postseason events are possible here in Arlington. We are consistently monitoring and evaluating the public health landscape.

“The pursuit of fans attending games while remaining safe is an attainable goal, as evidenced by the successful operations that took place during the NLCS. We look forward to working alongside these organizations as the World Series proceeds.” 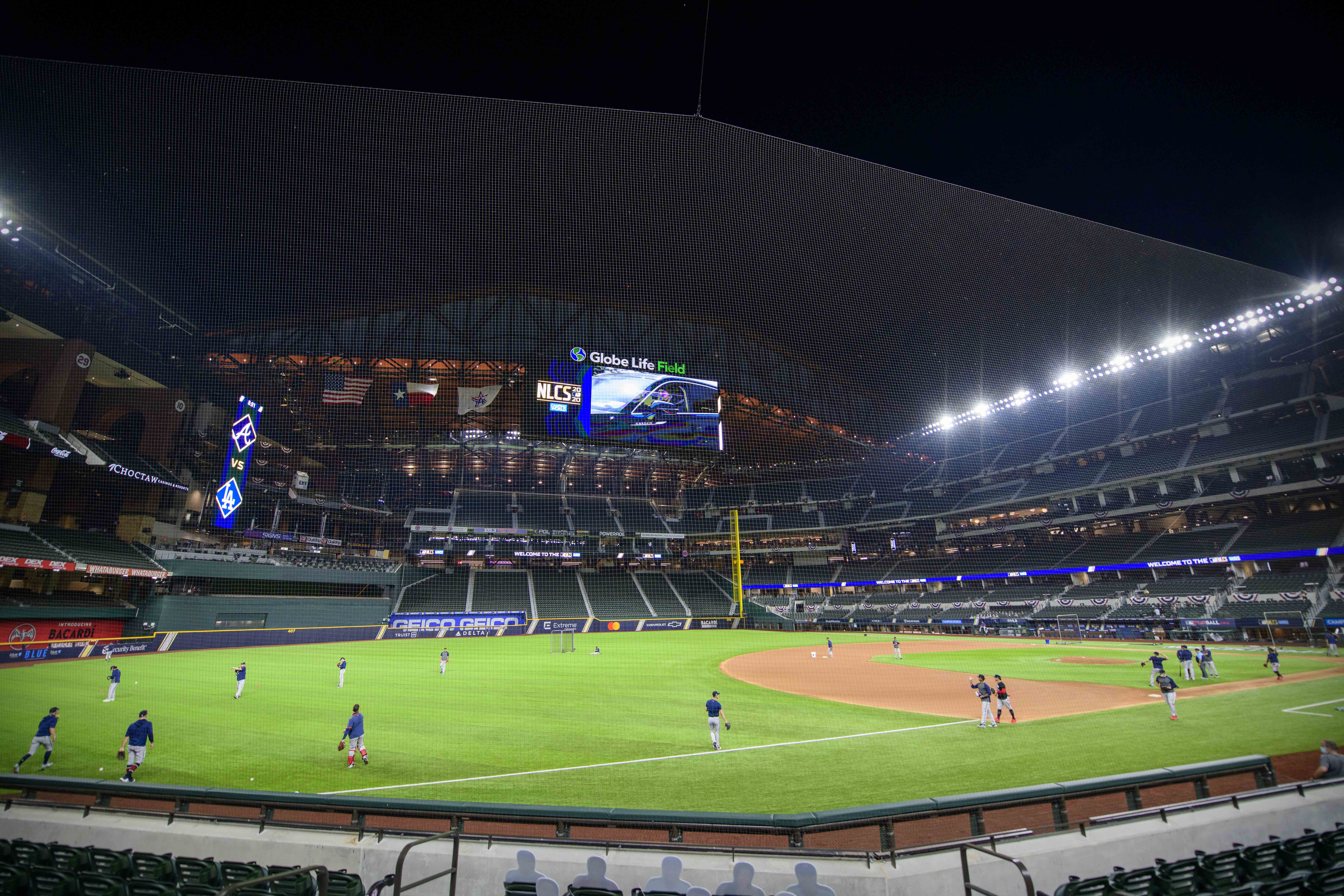 Lysol will provide MLB with cleaning protocols beginning in the 2021 season. The NBA and WNBA had partnerships with Clorox in their bubbles.

Reddit, Twitter, Craigslist and Facebook are the go-to for fans looking for one or two tickets for the World Series. That route could be more perilous. Not only are counterfeiters and other fraudsters a concern as usual, but breaking up tickets also defeats the purpose of the pod meant to limit the potential transmission of COVID-19 by grouping four people known to each other.

“It does change the way consumers think about purchasing and traveling to a World Series,” Budelli said. 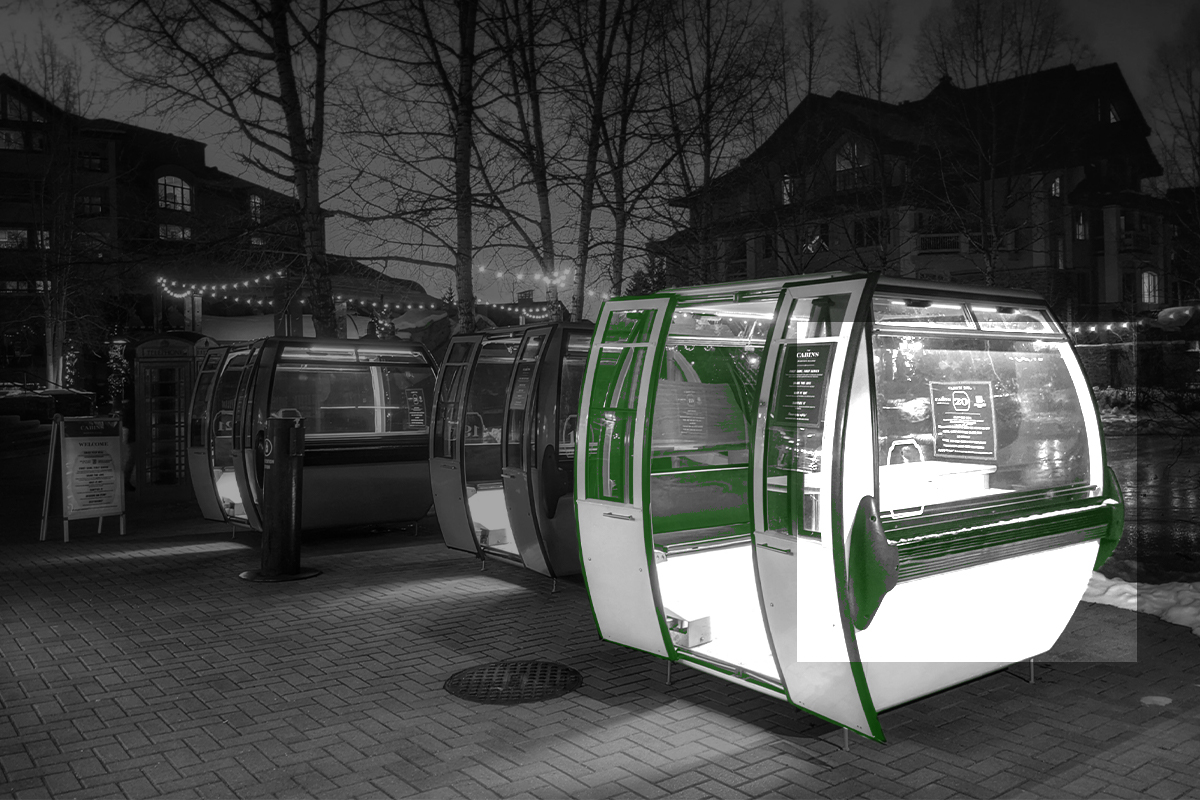 Enjoying winter activities requires creativity during the pandemic. As a result, sales of at-home ice rink kits are way up. 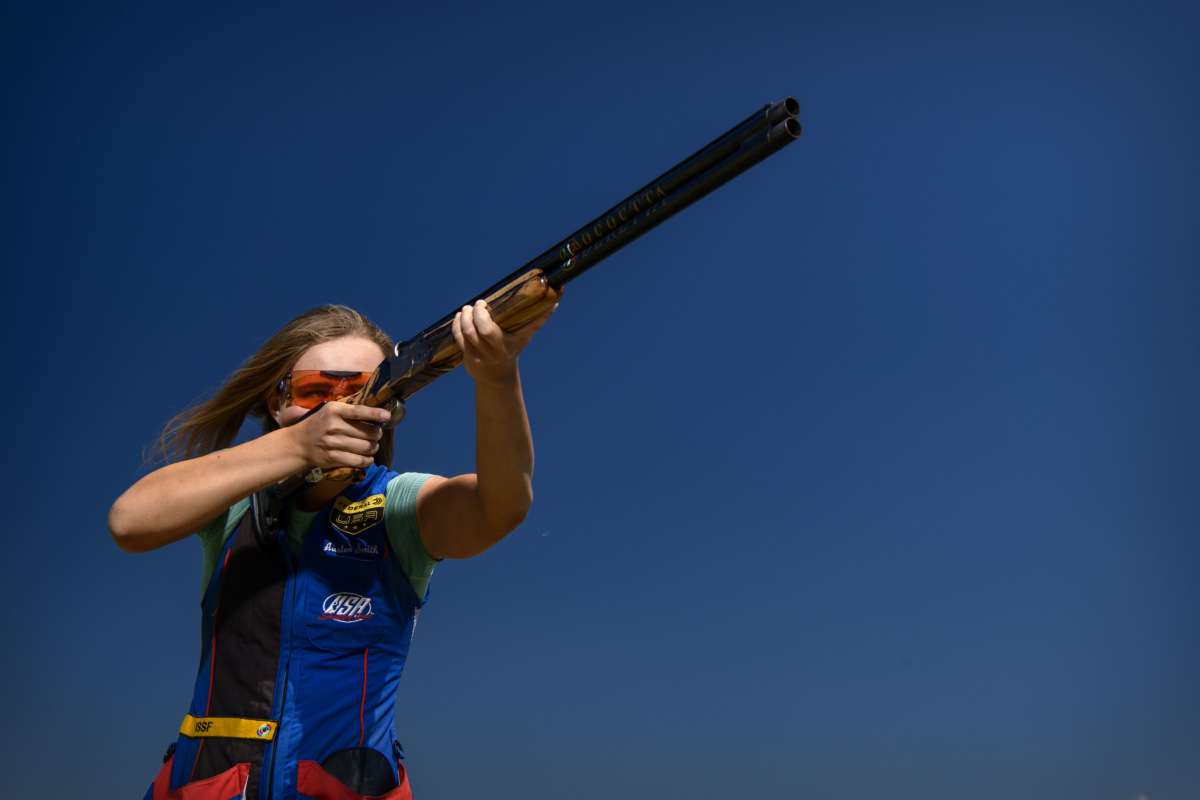 USA Shooting went from practicing inside an abandoned Macy’s to landing a partnership worth millions. The national governing body’s deal with Hillsdale College, a conservative Christian school in Michigan, will […] 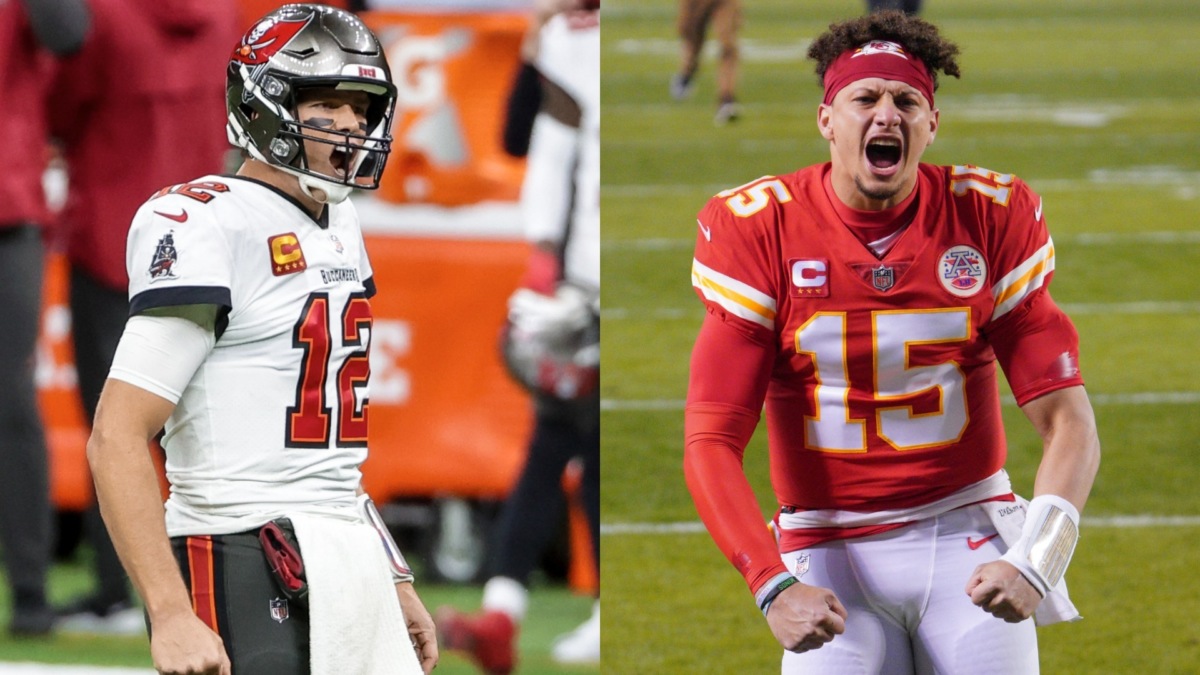 The money always flows for Tom Brady and Patrick Mahomes. Super Bowl 55 is just a bonus. If he can win his seventh ring, 43-year-old Brady will reportedly double the […]

A former Oakland Athletics player is attempting to take the team’s real estate plans into his own hands.  Dave Stewart submitted a $115 million bid to buy the city of […]