The Newsroom Episode 12: Checking in on the 2022 World Cup
Listen Now
World 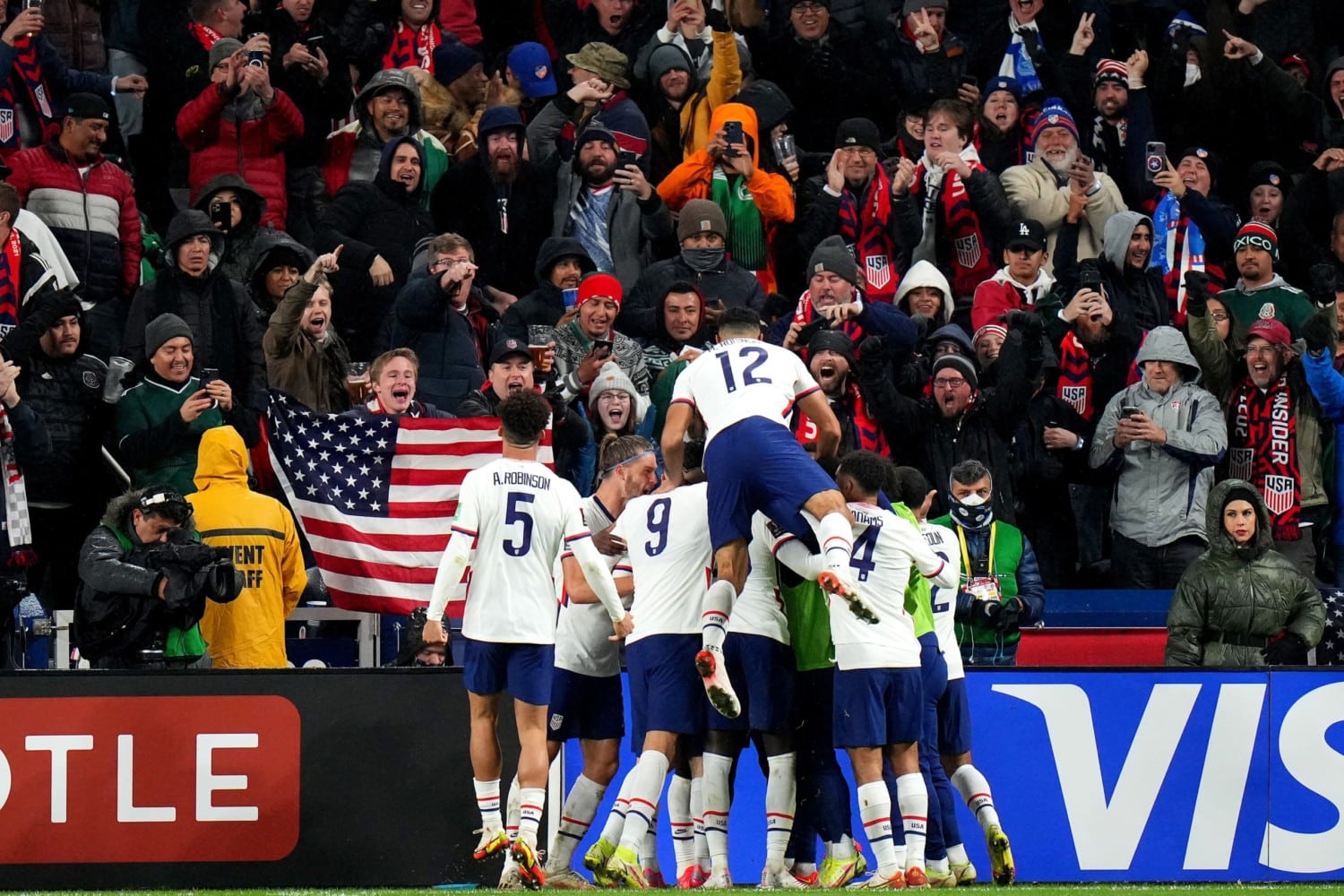 2018 was a pivotal year for soccer in the United States.

The sport had been slowly but steadily on the rise for decades. Major League Soccer was beginning to see serious momentum as a professional league. And a 19-year-old Christian Pulisic was beginning to blossom in Europe.

Then the unthinkable happened: The United States men’s national team failed to qualify for the World Cup for the first time since 1986.

“[It] was literally the biggest failure in the history of U.S. soccer,” said Grant Wahl during Front Office Sports’ “Global Goals: The World Cup and Beyond” summit.

Americans, both players and fans, learned from it. Now, as the USMNT descends on Qatar to redeem itself, soccer arguably has the strongest foothold ever in the United States.

A deep run by this squad — the second-youngest in the tournament by average age (25 years, 108 days) — wouldn’t just validate years of financial and emotional investment, but would inspire confidence that it could last.

“A lot of the football culture here is still trying to prove itself to itself,” Men in Blazers’ Roger Bennett said during the summit. “We’re still quite insecure, both internally — we want more Americans to love us — and [externally] in the world.

“We’re too desperate to show the world that we can play too.”

“There’s such a real sense of positivity around this U.S. program that they now need to back up on the field in a tough group,” says Wahl, noting the team’s challenging first two games against Wales on Monday and England on Black Friday.

The optimism isn’t unearned. The collection of talent on the 2022 United States men’s national team has been widely regarded as some of the best the country has ever assembled.

“We used to be excited as Americans when one of our players was playing against a great team,” Bennett says. “Chelsea, Juventus, Milan. And now we have talents who are playing for all of them.”

After the catastrophe that was 2018, many of the States’ top young players began moving “en masse to Europe,” as Bennett says — passing through the door Pulisic kicked open by showing an American could play on a legitimate, top-flight European team.

It’s saying something about your national team’s quality when you have to cut 19-year-old Ricardo Pepi.

His €16.4 million (~$16.9M) move from FC Dallas to the Bundesliga’s FC Augsburg in January was the seventh-most expensive American transfer ever and the second-largest transfer from an MLS club.

“It’s not that Pepi was some slam-dunk choice or would’ve even necessarily started at the World Cup,” says Wahl, “but I was slightly surprised that he wasn’t on the roster at all.”

The criticism at Pepi’s omission actually speaks to how far the American domestic league has come.

Europe’s big five may dominate representation at this year’s World Cup — combining for just over 50% of all leagues represented — but MLS comes in at No. 6 with 4.34%.

While the league hasn’t completely shed its “superstar retirement home” reputation, MLS teams are more willing to spend early and often to be competitive.

At the FOS World Cup summit, former USMNT star and current ESPN commentator Herculez Gomez said that David Beckham’s decision to join LA Galaxy for $250 million in 2007 introduced MLS 2.0 — a time when the rest of the world saw that the American league could compete financially.

In MLS 3.0 — where Gomez estimates the league is now — more and more teams are spending big to attract young talent.

“You compete with a huge pocketbook with some of the best teams in the world — and now that setup is changing the way that the rest of the world sees you,” he said.

MLS’ new reputation is allowing it to both buy and sell younger high-profile talent.

Off the field, the league is making waves, too.

In June, MLS and Apple TV+ agreed on a landmark 10-year, $2.5 billion media rights deal — making it the first major American sports league to show games exclusively on a streamer.

The rise of the USMNT and MLS have both served to boost the profile of American soccer — and adjacent industries are cashing in.

Sports Endeavors, Inc. — the company behind Soccer.com and other online soccer retailers — has seen a significant ramp up in fan interest and sales as the World Cup draws closer.

“Soccer is a part of it, but they’re really interested in being part of the national movement,” says Sports Endeavors co-founder and CEO Mike Moylan. “Whereas in the past, it was a lot more families, players, and people that really appreciated the game following it, now, I think there is a movement of embracing the team, the event, and the success of the U.S. on a global basis.”

Additionally, American fans are getting skin in the game by betting on the big tournament.

The increased amount of money flying around serves to benefit the entire industry.

“There’s sort of an ‘all boats rise’ component to this,” Moylan says.

Soccer’s recent ascendency in the United States starts with the dominance of the women’s national team.

Winners of four Women’s World Cups — half of the tournaments ever played, including an unprecedented two straight in 2015 and 2019 — the USWNT has been the true flag-bearer for elite American soccer.

“The U.S. women have done an incredible job in raising the profile,” says Bennett. “America loves winners, and they are bloody winners.”

Their dominance every four years has inspired many youth players around the country — both boys and girls — to take up the sport in increasing numbers.

The stage is now set for young players to be inspired by the men in Qatar, the women in Australia/New Zealand in 2023 — and the men again in 2026, when the World Cup comes to North America.

Strong showings in those tournaments could propel the sport to its greatest heights in the USA.

“The talent of the U.S. soccer players has become elite,” Bennett says. “The world just doesn’t see them as that yet.

“The future of football, whether we dominate it on the field with our players, or financially in an ownership capacity, is going to be increasingly American.” 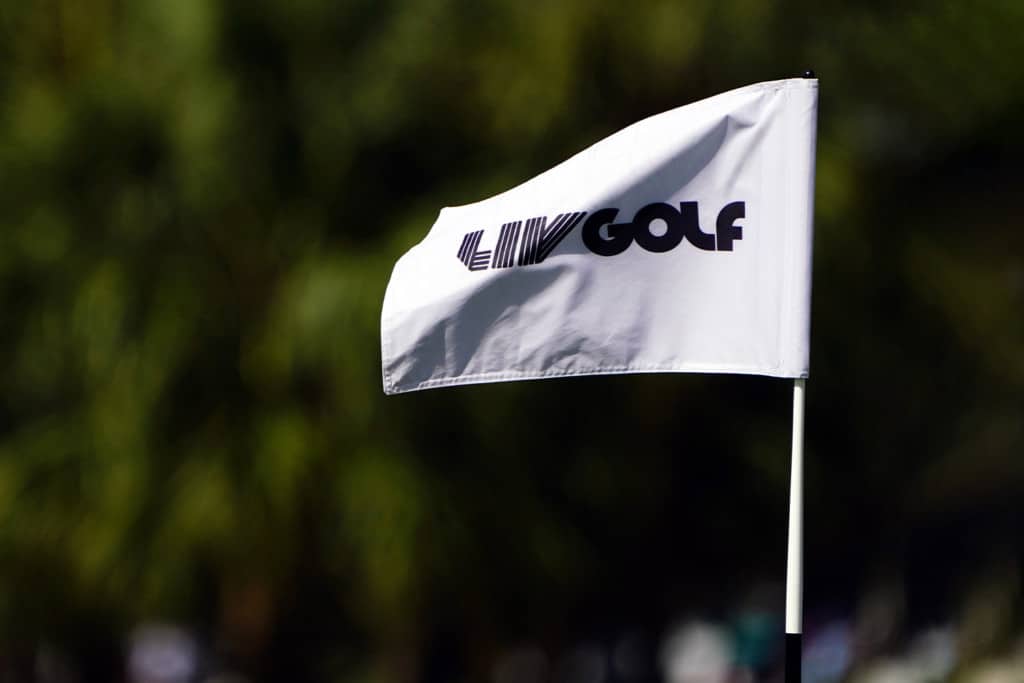 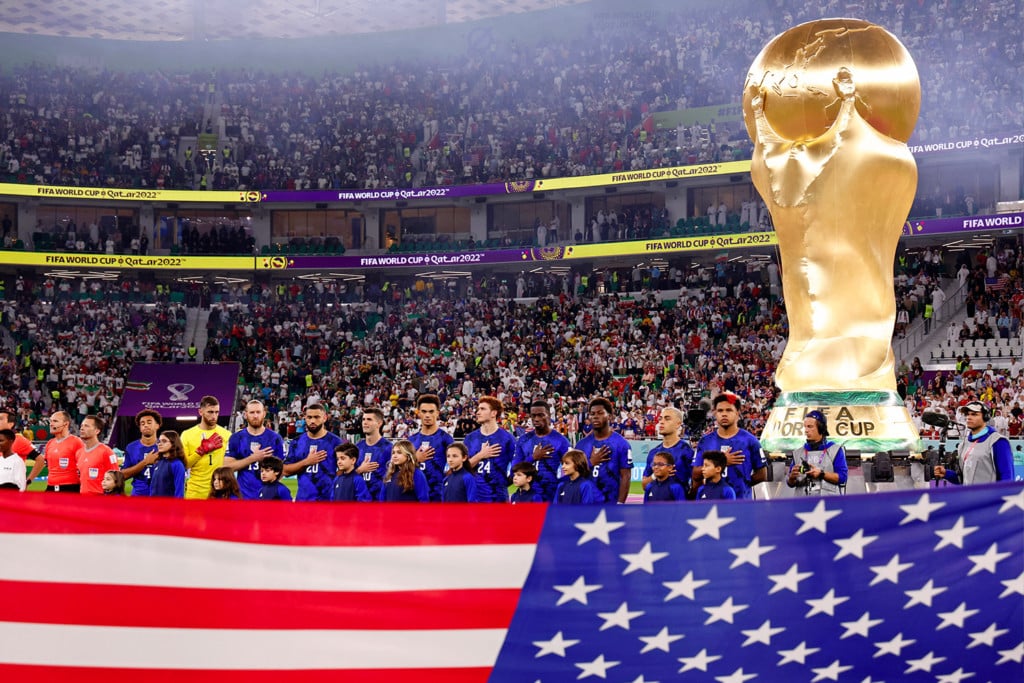 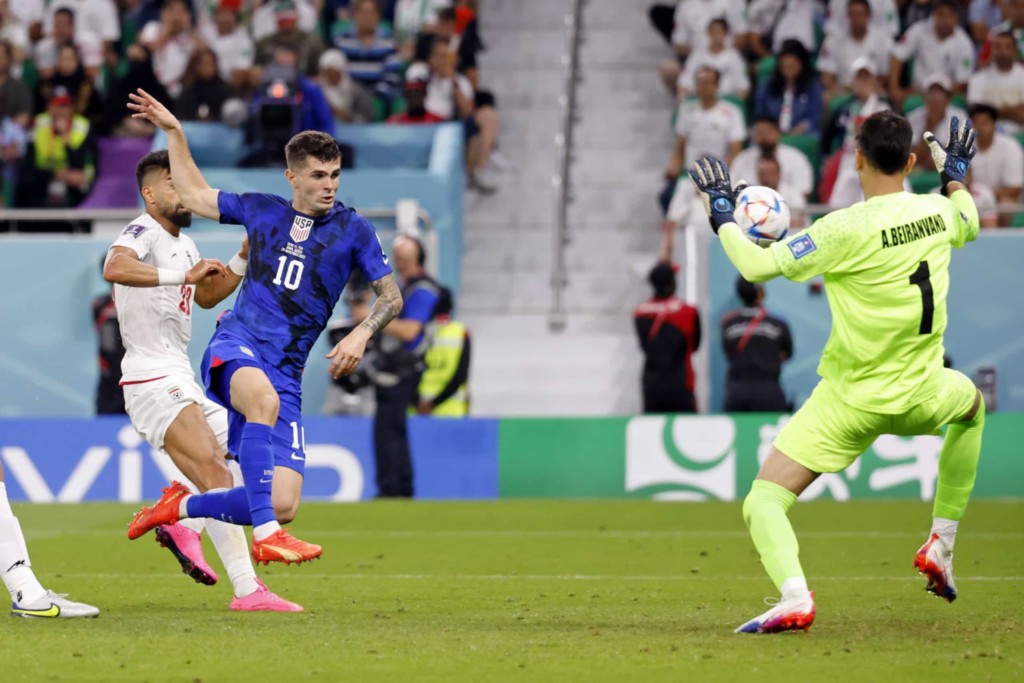 Black Friday’s USA-England outpaced with an audience of 15.4 million. 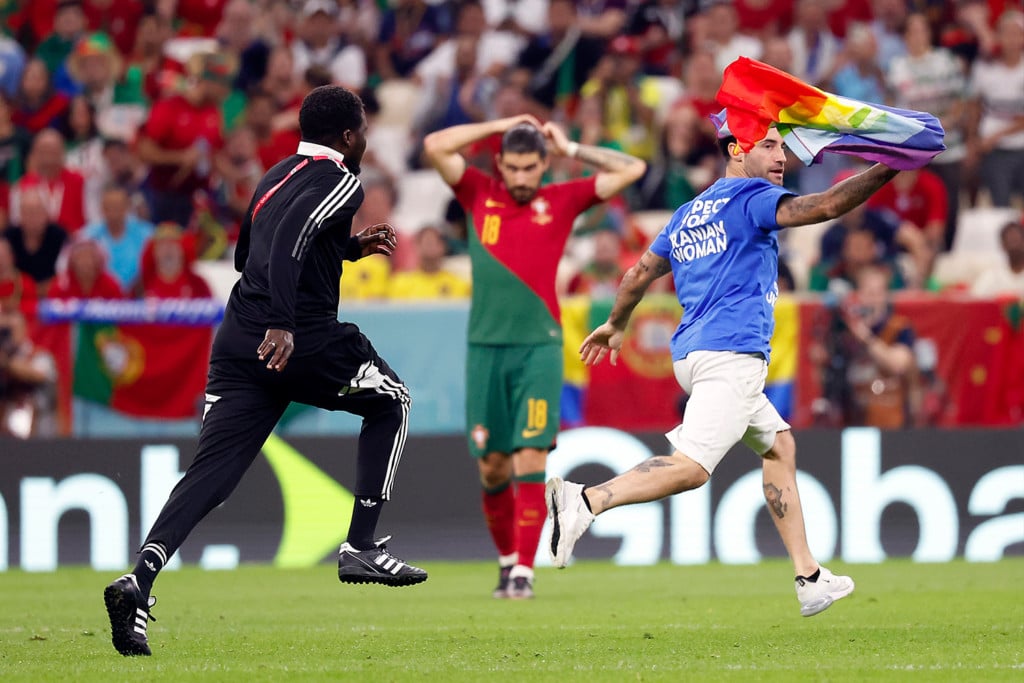 Items with rainbow colors had been seized by stadium security staff.