Phelps, now 35, walked away from his lucrative longtime partnership with Speedo in 2014 to endorse Aqua Sphere, which until that point had outfitted more casual fitness and open water swimmers as well as triathletes. He went on to launch his line — known simply as “MP” until July — under parent company Aqua Lung as he came out of retirement to prepare for the 2016 Olympic Games.

“He’s always been the intent to be the center of the brand. And we think that that’s an incredible way for consumers to understand the value of the overall product offering is to make sure that the product itself is an expression of Michael’s desires and needs in a product,” Aqua Lung General Manager, North America Andrew Gritzbaugh said. “I think what you’re seeing with our more recent brand evolution is it’s a little bit of an opening of the aperture.” 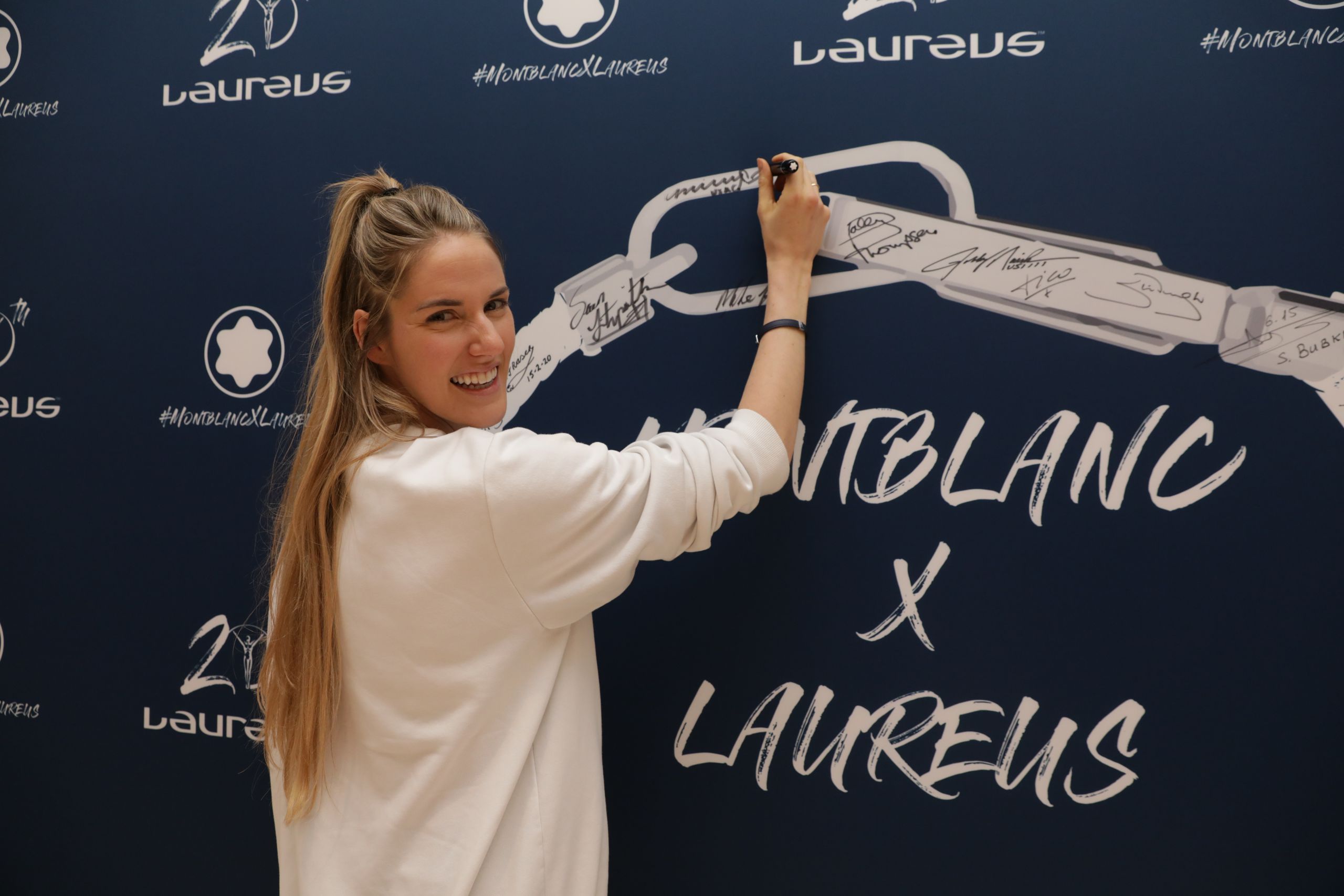 When you ask six-time Olympic medalist Missy Franklin about life after swimming, you won’t hear about regret or retirement.  Instead, the 24-year-old smiles as she shares the story of life […]

Despite what a gold-trimmed new technical swimsuit — the “Matrix” — and athlete signees might outwardly indicate, Phelps Brand isn’t looking to go up against the industry stalwarts like Speedo, TYR and Arena who all make relatively similar suits and training gear.

“That’s what makes Penny such a great addition to this team, is that she reflects the younger audience — the fire, the competition, the Canadian demographic and background,” Gritzbaugh said. “She’s really an exceptional representation of where we’re trying to go with the Phelps Brand, which is just to be a little bit broader and not so much a reflection of one individual, but instead a reflection of his competitive spirit.”

The rebrand was intended to give the line an all-encompassing feel, not unlike the eponymous signature line for another “GOAT” — Michael Jordan’s “Jordan Brand” with Nike.

“When we’re building the Phelps Brand around Michael’s image, it’s really about the image of being a champion and helping to create a bridge between those consumers who are finding either new interest in competitive swimming, or have been in competitive swimming for some time, to an icon that they can use as a compass as they refine themselves in the sport,” Gritzbaugh added.

While the old icon for the brand was a stylized version of the initials “MP,” the new logo is reminiscent of Jordan’s “Jumpman” in that it’s more of an ambiguous representation of an athlete — though it does bear some resemblance to Phelps’ build. 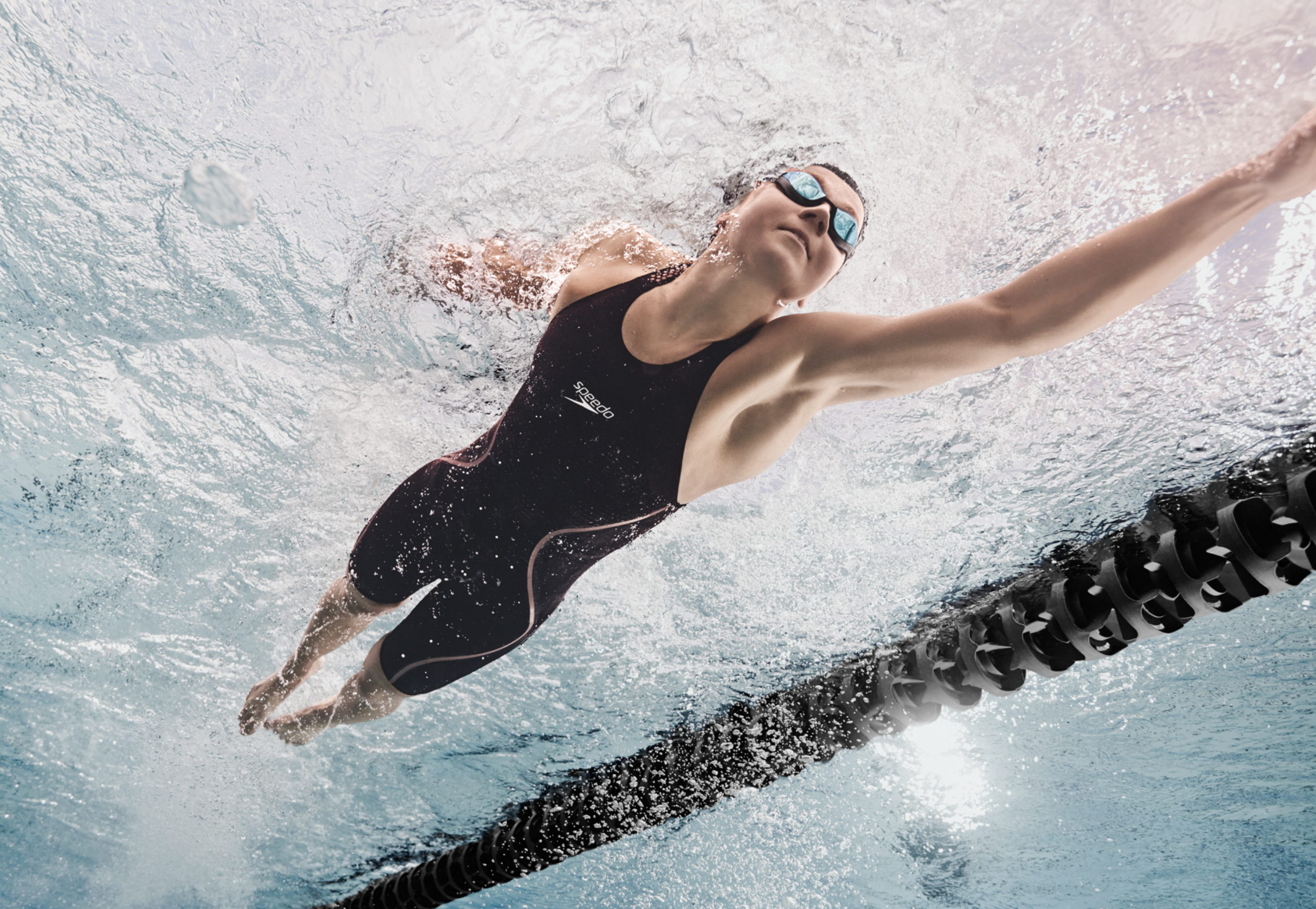 Paralympic Postponement has Ups and Downs for Swimmer Becca Meyers

The COVID-19 pandemic presented unique challenges for Paralympic swimmer Becca Meyers, but has also led to some opportunities.

“If you look into the iconography of the new logo itself, you see a competitive swimmer in the mark, and it’s not a specific swimmer,” Gritzbaugh said. “It’s just a clear competitive mark that we think the athletes themselves will all be able to associate with and use a badge that they stand for competition and inclusivity and being competitive in their endeavors.”

That message resonated with Oleksiak, who had gone without a suit deal thus far in her decorated career.

She began working with the Phelps Brand team to offer feedback on their latest top-of-the-line suit over a year ago. Once the basics of the suit were established, she helped refine the women’s version, she said. Representatives from the brand met her at various training camps and competitions around the world to get her input.

“Phelps is a brand that really focuses on making sure that their athletes are comfortable in the suits that they wear and that they feel ready — they feel fast in the suits. I’ve never really had that experience before where I can just try on a suit and they totally make it to how I specifically want it,” Oleksiak, 20, said. “And the fact that it’s also Michael Phelps’ brand is insane to me, you know?”

Oleksiak said that getting a suit deal wasn’t “insanely important” from a financial perspective, and that she was just “looking for a brand that [she] really connected with.”

And while the established brands vie for a share of the elite swimmer market — Katie Ledecky and Simone Manuel signed with TYR, for example, while Caeleb Dressel wears Speedo — Phelps Brand’s goal isn’t to just chip away at the available names.

“It’s rather to ensure that the athlete partnerships that we do develop are authentic and don’t just provide the brand presence in the competitive pool, but also take the athlete’s insights and directly inject them into the product development process,” Gritzbaugh said, adding that for Oleksiak, “it is, in fact, extracting her unique insights as a competitive swimmer and champion and bringing that into our portfolio and our mix for the benefit of the competitive swimming consumer.”