His penchant for science has long been scrutinized in the golf industry. His unwillingness to cave to public recommendations, along with a confidence in his methods, have made him a trailblazer in an otherwise tradition-oriented sport.

But as Bryson DeChambeau takes to Augusta National for the 2020 Masters Tournament, he’s starting to show that doing things his way is paying off for him — in more ways than one.

The 27-year-old has quickly lined up a wide-ranging group of brands that back his unique approach. Those include Cobra, Puma, Veritex, HD Golf, Bentley, Rolex, SNP, NetJets, Bose and Grey Goose, among others.

While his growing star power has helped land those deals, his own style of golf has also helped. He became just the third golfer ever to win the NCAA Division I championship, the U.S. Amateur, and the U.S. Open, joining Tiger Woods and Jack Nicklaus.

Bridgestone was one of his first major sponsors. The ball-fitter company signed a deal with DeChambeau in April 2016, adding him to its impressive list of PGA Tour players — including Matt Kuchar, Tiger Woods and others — who use its golf balls.

When Bridgestone initially signed with DeChambeau, he was an amateur golfer at SMU. But what led to his interest was not necessarily the storied group he’d be aligned with, but the company’s research and development department.

“His edge historically had been science. It had been a different way of thinking, but now that he’s coupling that with the physical side of thinking differently, the two together … he’s out in front in terms of the young generation of players,” said Elliot Mellow, marketing manager at Bridgestone.

Nicknamed “The Scientist,” DeChambeau is the only PGA Tour player to adjust each of his irons to the same shaft length of 37.5 inches and each clubhead to the proper loft. When trying to determine a golf ball’s center of gravity, he would soak it in Epsom salts. DeChambeau even hinted to reporters ahead of the Masters that he was actively speed training and working on a 48-inch driver, the maximum length allowed under the Rules of Golf.

Heading into the 2020 U.S. Open, DeChambeau played the TOUR BX, which Mellow says was Bridgestone’s fourth-best selling golf ball. Following DeChambeau’s win at Winged Foot, the TOUR BX saw notable sales increases not only amongst golfers, but also amongst sporting goods and specialty shops. Overnight, the TOUR BX went from being Bridgestone’s fourth-best selling ball to a contender for the number one spot. Due to Bridgestone Corp. being a publicly traded company, Mellow declined to comment specifically on TOUR BX sales numbers in recent weeks. 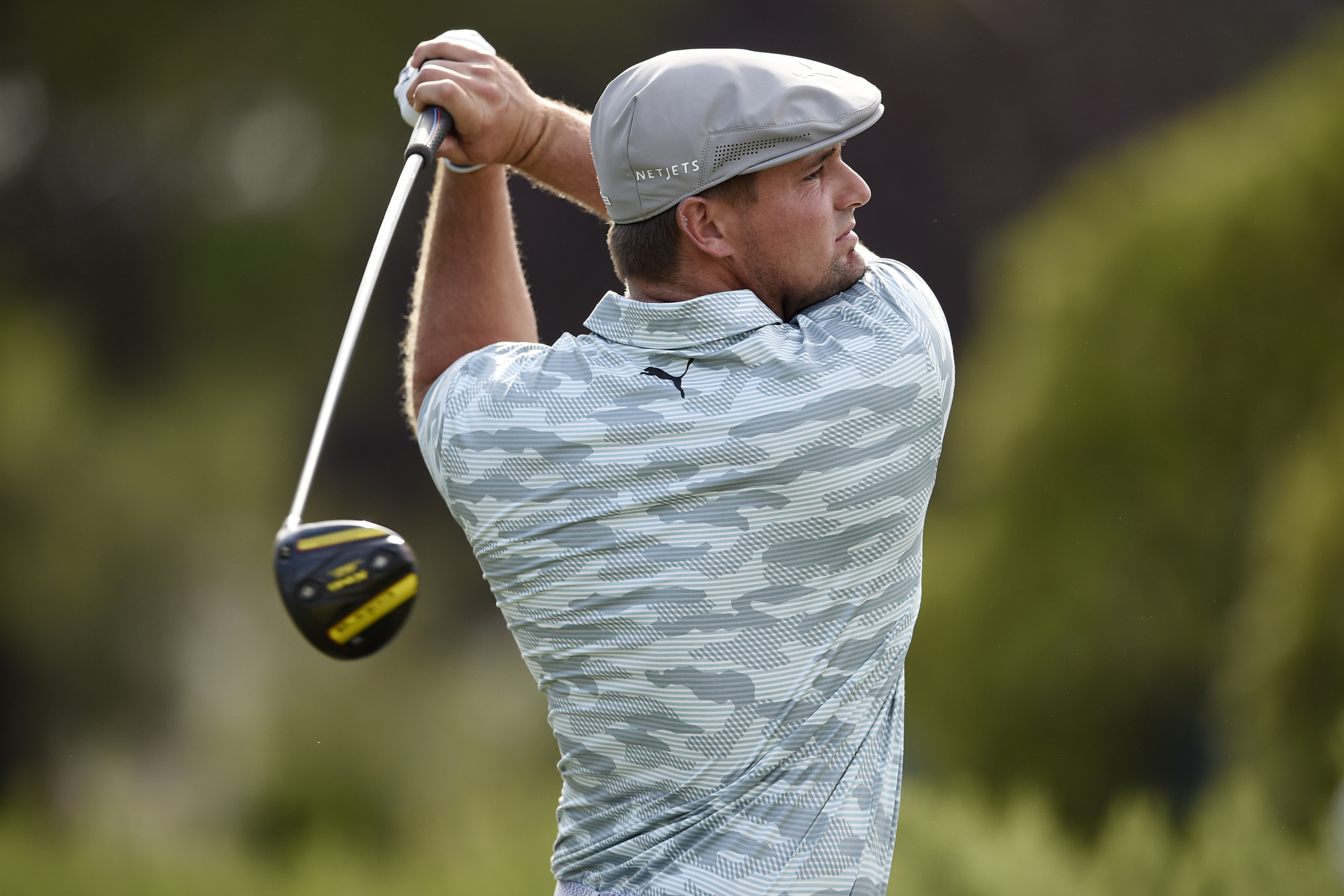 “For an abundance of reasons, there’s definitely fans of Bryson, and then unfortunately there’s folks that aren’t fans of Bryson,” Mellow said. “Just by the way that he’s kind of challenging the status quo and constantly trying to innovate and get better, there’s different reactions to what he’s doing essentially.”

While many are dismissive of DeChambeau’s analytical approach to the sport, it is also what led DraftKings to look to further plant its flag in golf alongside him.

“When you look at the game and his orientation to being an analytics and stats guy, I think golf … it’s changed the last couple of years. It wasn’t as immersed in the numbers as some other sports have been,” said DraftKings Chief Business Officer Ezra Kucharz. “With the new PGA tour leadership, as well as the golfers really wanting to take that next step, I think this numbers approach is something that you’ve seen from a lot of new members of the tour.”

Golf is not only the fourth-most popular sport for daily fantasy at DraftKings, but its golf sportsbook has grown tenfold year-over-year. Outside of 2019, last year’s Masters ranked among DraftKings’ five highest-bet sporting events. With DeChambeau now wearing a DraftKings logo on the side of his hat, as well as taking part in fan experience promotions like having a chance to win a lesson with him, DraftKings is hoping that goes even further.

Between the fascination with his long drives — he is the first player ever to eclipse the 322-yard average mark for the season — his unique approach to club lengths or his rigorous workout routine that has seen him gain nearly 65 pounds of muscle in less than a year, ESPN senior golf writer Bob Harig believes that DeChambeau can be able to connect with a fan like few other golfers have before.

“It’s good to have some of that friction, but winning a major and doing it in the manner in which he did … the casual golf fan may become intrigued by that,” Harig said. “There’s a segment of people out there that view golf differently than other sports. They just wonder how athletic these guys are.”

“[DeChambeau’s] proving that he’s pretty athletic,” Harig added. “He’s gotten into the weight room. He’s gotten into nutrition, all the things you need to do to put weight on. We’re seeing the benefits of it in a sport that doesn’t necessarily demand that. There’s plenty of guys who do well at golf who aren’t fitness freaks and who aren’t in the best of shape. He’s doing it a different way and proving that maybe this is a way to get an edge.”

That has translated to his social following. As of Nov. 5, DeChambeau’s social media engagement this year is 6.53%, the highest of any PGA Tour player by a wide margin, according to social media analytics company MVP Index. For all of 2020, he currently ranks ninth in total MVP Index score on the PGA Tour, a third-party ranking that takes into account reach, engagement and conversation.

Unsurprisingly, Neal believes that DeChambeau is an example of the second example, where players aim to individualize and differentiate themselves from the rest of the pack. This mentality is what makes Neal confident about the future of DeChambeau’s brand.

“When that matches up with the way that he’s performing, the sky’s the limit, to be perfectly honest,” she said. 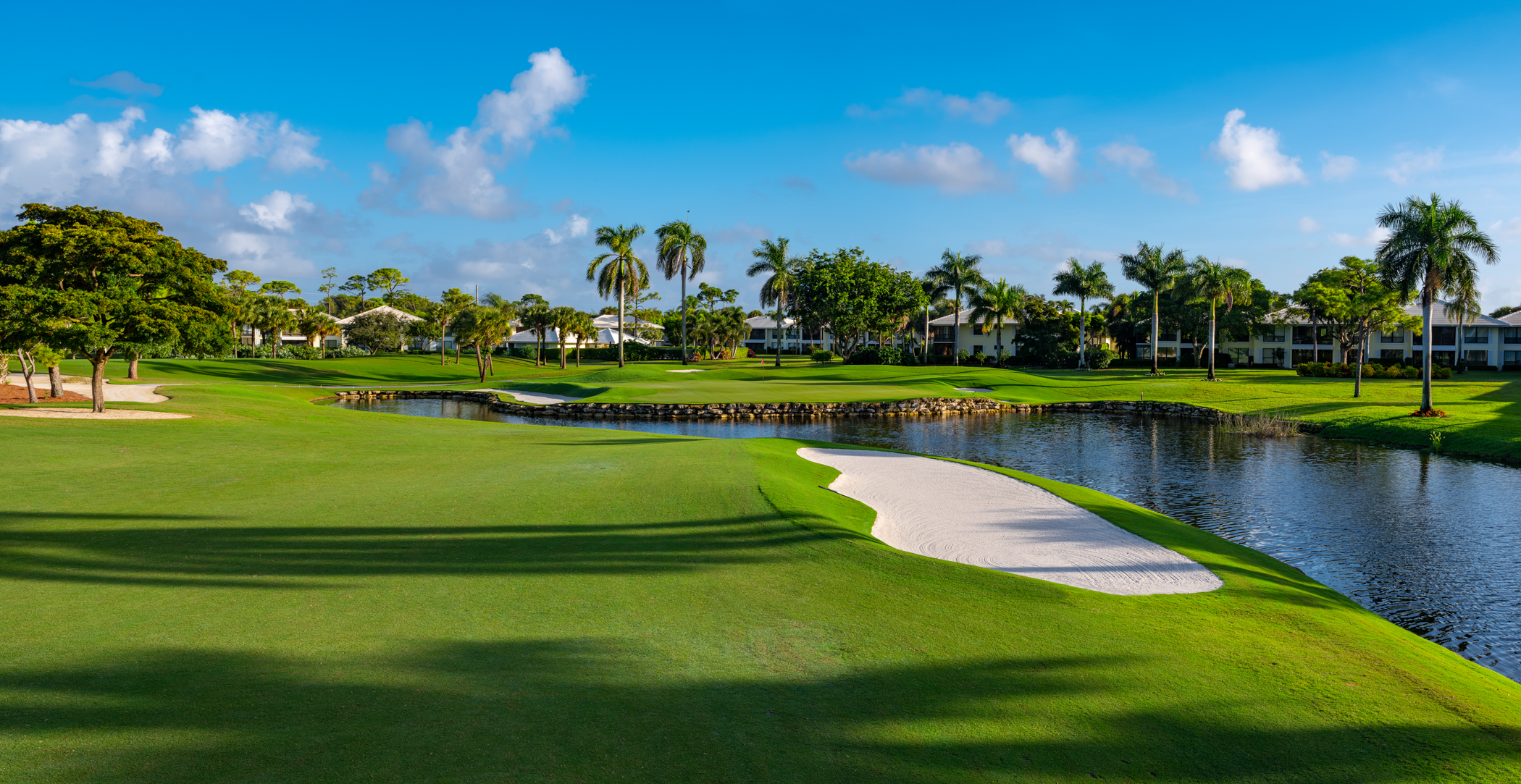 It’s not just companies that have benefited from being aligned with DeChambeau. Kenny Harms began caddying 30 years ago and has since been on the bag for iconic golfers like Gary Player and Michelle Wie.

When potential sponsors reach out to Harms, he says that the first thing they look to is his social media following. As of Nov. 9, he has nearly 11,000 Instagram followers.

On Instagram, Harms leveraged DeChambeau’s following of more than 525,000 to raise awareness around a sponsor of his: water tech company Enagic. It produces Kangen Water, which is created from a machine that can filter tap water and produce ionized alkaline water through electrolysis. Kangen Water can be used for activities like drinking, cooking, beauty and cleaning.

Ahead of The Memorial Tournament in July, DeChambeau reached out to Harms — with whom he has a great relationship — about how to obtain an Enagic machine. Harms was able to have a company representative send one to DeChambeau, who as recently as Oct. 3 posted on social media using the product. As of Nov. 9, that picture has more than 17,500 likes and 700 comments, a vast improvement from a Harms’ post that generated only 43 likes and two comments.

“He’s got like 525,000 followers, so that was huge not only for management, but it was huge for me,” Harms said. “That just built my credibility with one of my sponsors tenfold.”

Many experts expect DeChambeau to contend for a second straight major victory at the Masters. CBS Sports’ William Hill Sportsbook has him as an 8-to-1 favorite to win the Green Jacket. The Action Network has both DeChambeau and Dustin Johnson as co-favorites at +900. Vegas Insider has DeChambeau at +800, edging out Johnson at +900.

Only six golfers have ever won the Masters and U.S. Open in the same year, the last being Jordan Spieth in 2015. History shows that DeChambeau might not be able to pull off back-to-back major championships. Even if he doesn’t, it is unlikely to minimize the impact that he has made — and will continue to make — on golf.