It would be one of the great Masters Tournament television moments of all time: What if Bryson DeChambeau drives the Par 4, 1st hole at Augusta National Golf Club this week?

Jack Nicklaus, who won six Masters, recently speculated the hulking U.S. Open champion could do the unthinkable and reach the green with his tee shot on the the 445-yard 1st hole.

Such a highlight would rank up there with all-time Masters TV clips like defending champion Tiger Woods chipping in at No. 16 in 2005, Phil Mickelson sinking the winning birdie on No. 18 in 2004, or Nicklaus’ back-nine charge in 1986.

DeChambeau leads the PGA Tour in driving distance this year with a 344.4-yard average. He’s been known to hit the ball over 400 yards in practice. In September, the 27-year-old star overpowered Winged Foot to win the U.S. Open by six shots.

During a CBS Sports conference call previewing its coverage of the 2020 Masters, which runs from Nov. 12-15, Front Office Sports asked lead analyst Sir Nick Faldo and analyst Dottie Pepper if DeChambeau could drive the 1st hole.

“When he does, I will leap out of my [broadcast] tower and run around naked around Augusta National,” Faldo promised.

The intimidating dogleg right — quaintly named “Tea Olive” — plays uphill, Faldo said. He expects DeChambeau to bomb a roughly 360-yard drive, then lob a wedge on his second shot vs a driver, 5-iron approach shot in his own heyday.

But Pepper, who won two majors and 17 championships of her own on the LPGA tour, noted a warmed-up DeChambeau could actually be playing his 10th hole due to the tournament’s split-tee format.

Still, the forecast calls for rain later this week, she said. “With the prevailing winds, the golf course is inevitably going to be softer. With the forecast, I don’t see that happening.”

On Wednesday, Faldo tweeted he saw DeChambeau at Augusta and trying to talk him into hitting 3-wood on No. 1. “He then said, ‘if it’s dry and running it’s definitely doable.'”

Leave it to Jim Nantz, who’ll host his 33rd Masters for CBS, to have the last word. Nantz suggested coordinating producer Lance Barrow set up a special camera. Just in case.

“Maybe we just might want to have one close by the 18th tower,” Nantz said. 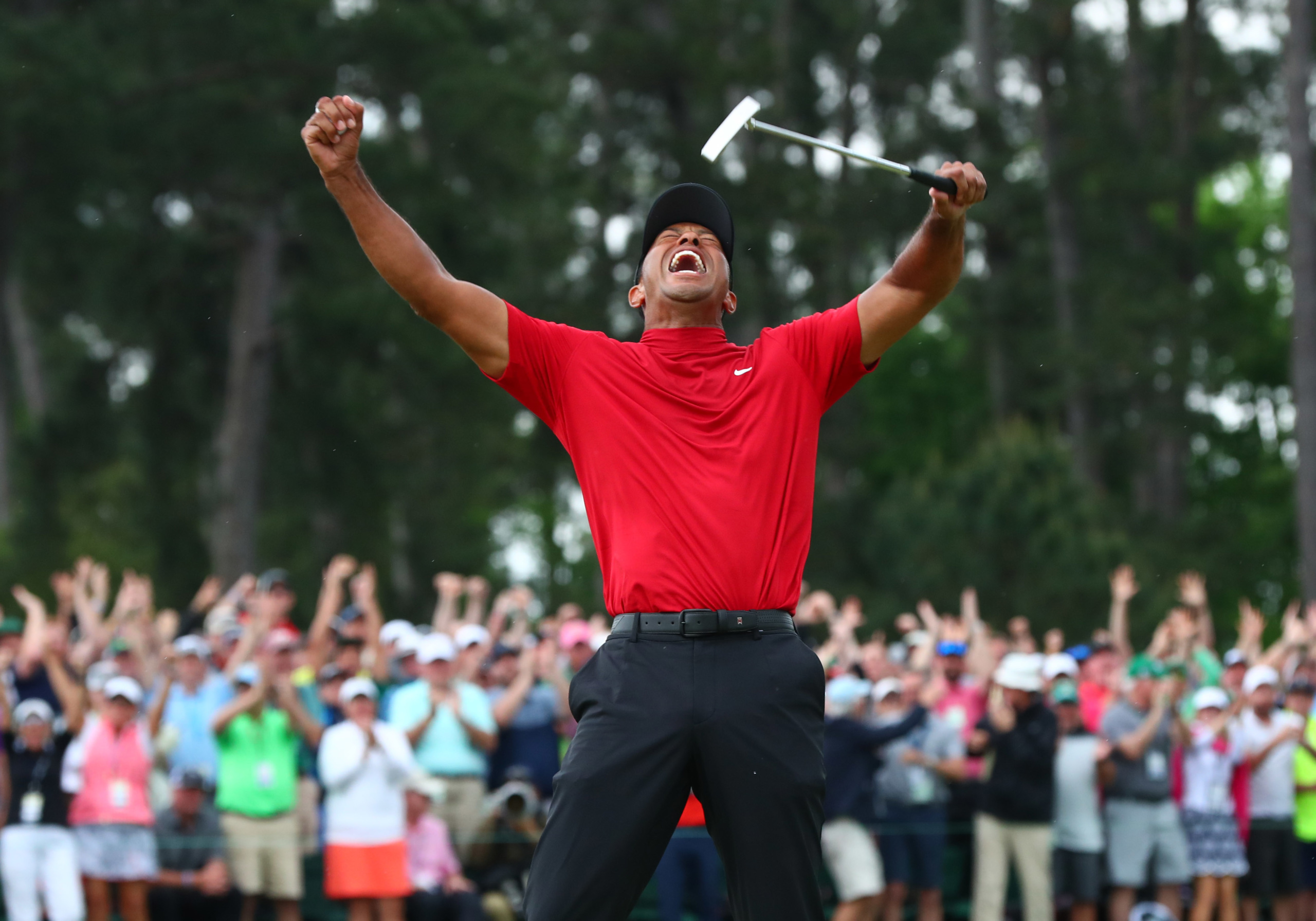 How Masters, CBS Will Avoid Sunday Conflict With NFL

CBS Sports will move up Sunday final round coverage of the 2020 Masters by three hours to avoid a conflict with its late afternoon NFL telecast. The coronavirus pandemic forced Augusta National Golf Club to move the Masters to November from its normal slot in April.

Meanwhile, ESPN will telecast its “College GameDay” pregame show from Augusta National for the first time on Nov. 14. In its 13th year of Masters coverage, ESPN will show first and second-round play on Nov. 12-13.