(Tagboard is a proud sponsor of Front Office Sports)

For modern sports storytellers, using targeted technology to connect and engage with fans is an increasingly integral component of success. And nowhere more so than at the NFL, where forward-thinking media and marketing aficionados are leveraging cloud-based production technology to provide alternate interactive viewing experiences for fans around the globe.

In a recent webinar,  Matt Schnider, Head of Digital Production for NFL Media and Anna Tobkin, Producer for the Kansas City Chiefs joined Nathan Peterson, President of Tagboard, to discuss how livestream video has transformed the way in which fans interact with NFL team and league properties.

The discussion explored how the NFL engages fans on livestream properties during the NFL draft and other league events, along with providing poignant insight into the future of live streaming and audience interaction.

On engaging with fans when they can’t be in the stands through live streaming (11:00)

Anna: “The 2020 NFL Draft was the first event that we dove head first into live streaming from home. It became a whole new challenge when we were coming back for the 2020 season because we had to have some sort of a hybrid model for what we were doing at home, but also what we were doing in the control room. It definitely changed our strategy going into the season knowing we were going to have a maximum of 15,000 fans in our stadium, but also, how do we reach those fans that are stuck at home? How do we reach the fans that aren’t able to come out to Arrowhead on Sunday? The plan was to incorporate engagement in our pre-game show and our post-game show. I felt like interacting with social media, looking through comments, bringing up people’s comments in our shows…that was a way that we could tie the fan back into what we were doing at Arrowhead…all while they were watching from their cell phone. So, this was our strategy – how can we fill the space that’s a little bit empty? It seemed to work, we had good time with it and now moving forward it’s part of our plan in the future.”

On the benefits of using Tagboard’s polling system to engage with fans (15:53)

Anna: “The Draft Watch Party was our first time using Tagboard’s polling – we were very very happy with it. I thought it added a great level of interactivity that wasn’t necessarily achievable before. Basically, we had five polls per show that we prompted fans to go to chiefs.com polls or scan the QR code and vote. We made a web page that had the polls available, people could just tap to vote at the bottom of the page. We had our stream embedded, so when they got to the bottom of the page, it took them right back to the show. Throughout the show we periodically had our host bring up those polls. He would talk about the results…that added a really cool element of prompting fans to go there while also adding a level of interactivity with people.”

On what’s involved in the workflow to provide high-quality content (25:45)

Matt: “What we’re doing is we’re trying to build up five tool players. We want people that have a foundation and this is important for younger people watching. A foundation in video editing…you know the adobe suite is pretty relevant in what we do, so if you have Photoshop and Adobe suite experience across the board on the video side then we prop up everything else. The Vmix operator will switch the show. They’ll run audio, roll tapes that are pre-loaded…the robotic cameras preset lighting is incredible. With Tagboard…that’s the graphics and social integration. In this example, Andrew Hawkins, our host who built a studio in his home, and you’re watching his process. He runs the prompter wheels with his foot, he sets all of the sponsorship logos in the backdrop on his own, presets everything and then we can punch that through our switcher. He has four or five different set looks with the green screen. You see there are multiple cameras including a PTZ… It’s really a team effort.” 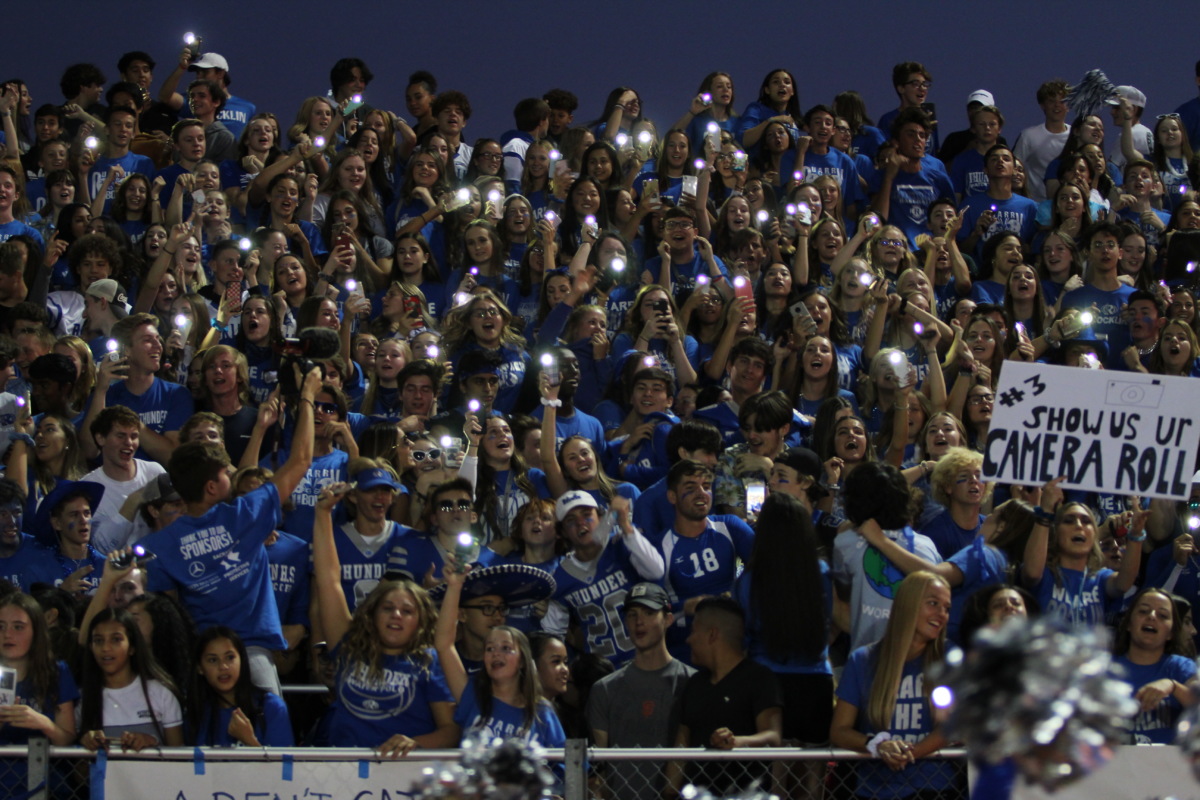