UFC’s pay-per-view business has been resilient in the pandemic, even when it comes to the number of bars and restaurants hampered by social distancing and occupancy guidelines meant to slow the spread of COVID-19.

There were about 8,000 locations around the world that showed the fights regularly before the coronavirus forced shutdowns. While that number has shrunk, the UFC PPV business still takes in about 75% of what it did pre-pandemic, according to figures provided to Front Office Sports. A person with knowledge of the pricing structure said UFC has cut the fees down to account for the shrunken capacity, which is used to calculate how much bars are charged to carry the fights.

“Certainly since the middle of summer, there’s been a pretty steady increase as restrictions are lifted; it gives bar owners an opportunity to widen the footprint to give them more patrons,” David Shaw, UFC senior vice president of international and content, told Front Office Sports. “As they get back on track, having gone through shutdowns or restricted capacities, UFC has become a centerpiece for their return.”

The UFC’s PPV bar business could be further constrained, however, since states are bringing back more restrictive policies as COVID-19 cases continue to spike across the U.S. New York Gov. Andrew Cuomo, for example, announced that effective Nov. 13,  bars, restaurants and gyms would have to close each day at 10 p.m. local time — the exact time UFC PPVs typically start.

Some bars that had regularly carried PPVs have chosen to drop the fights despite the lower fees to carry them, including Miller’s Ale House, an East Coast chain that has more than 50 locations.

“The health and safety of our guests and team members has never been more important to us than now,” Miller’s Ale House said in a statement to Front Office Sports. “For the time being, we are not showing UFC fights in our restaurants because of our commitment to continued pandemic precautions and social distancing. We hope to bring them back as soon as it is safe to do so, and are evaluating our plans on a regular basis.”

Since 2001, it has been Joe Hand Promotions’ job to deliver UFC to bars around the U.S. The Pennsylvania-based company was founded in 1971 and goes back to the pre-PPV days when closed-circuit TV events were staged at arenas and the biggest boxing matches were piped in.

“Of all the products we sell, the UFC brand is the strongest,” Joe Hand Jr., the company’s president, said. “The reason that it is that it’s consistent and it comes to the bar owners on a regular basis. It’s almost like a series. While boxing is popular, it’s not consistent. Maybe there is one or two a quarter. It’s difficult to build a following. I’m not surprised [UFC has remained in-demand in the pandemic]. It’s durable. It’s steady. It’s consistent. The bar owners like that. They get great fights. It brings in a young demographic.”

Hand estimates that “10% or less” of the bars that consistently purchased UFC fights have gone out of business during the pandemic. Hand added that his company has been in contact with bar owners that remain closed but expect to open at some point in the future. 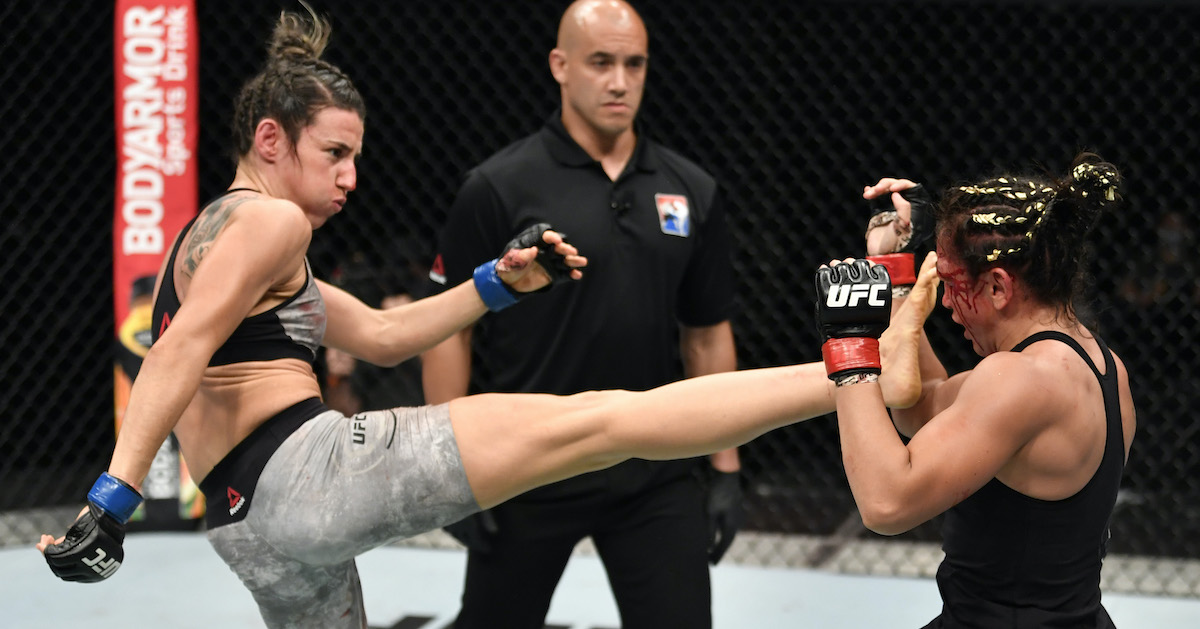 UFC Fight Pass underwent a significant overhaul in 2019, positioning the OTT platform in a place to succeed when the COVID-19 pandemic hit.

“Even though we may not be doing business with some bar owners, it doesn’t mean they are closed permanently,” Hand said. “They just still might not be ready to open back up. Not everyone is lucky enough to have a property that gives them outdoor dining space. They are waiting for restrictions in their particular state to change.”

“That’s been the most difficult thing for us, dealing with these issues on a local basis. The rules aren’t the same on a national level. I have a guy in my office seeing what the restrictions currently are in each state,” he said.

UFC only went 56 days between live events as the NBA, MLB and the NHL were forced to take longer breaks. UFC President Dana White was itching to get back even sooner before ESPN and parent company Disney expressed concern when UFC was in talks for an event early in the pandemic that was to be staged on tribal land in California.

UFC resumed fights with three events in Jacksonville, Fla., in May before holding events at its APEX Center in Las Vegas, as well as the so-called “Fight Island” in the United Arab Emirates. A total of 26 events have been held since the UFC’s restart.

The testing of UFC competitors and their team members isn’t vastly different from the protocols put in place in other sports, but there are some obvious differences, like the footprint of the competition surface. An Octagon is 25-30 feet wide, which doesn’t require a stadium or even a large arena since no fans have been allowed since March. There’s also no union to negotiate with when it comes to COVID-19 protocols. 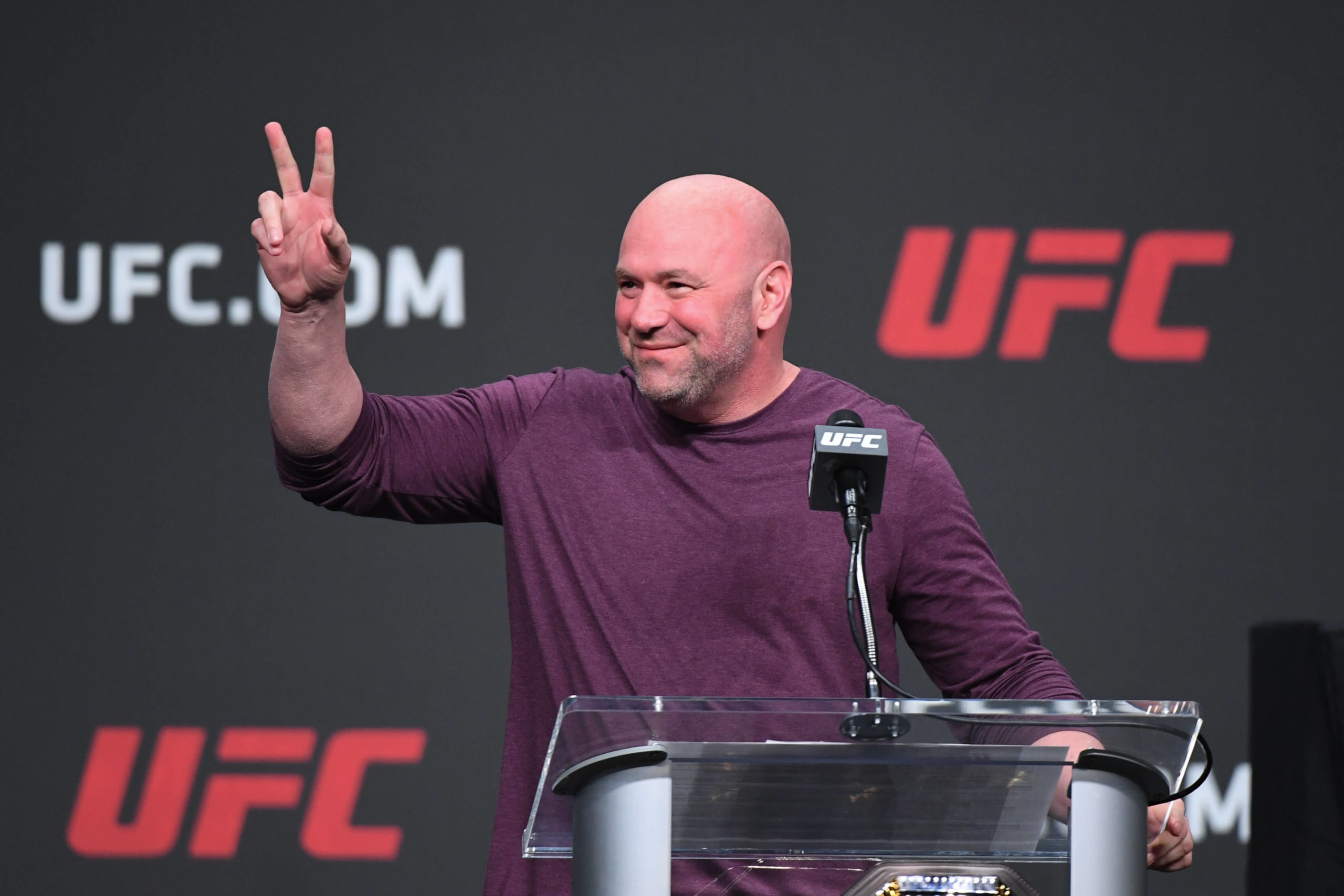 UFC Fighting To Get Back In Octagon

The UFC was one of the last sporting organizations to entirely suspend operations due to the coronavirus pandemic, as UFC President Dana White has made multiple attempts to hold a […]

“Of all the sports, the UFC has the most flexibility in how it can conduct its events,” said Patrick Crakes, a media consultant and former longtime Fox Sports executive. “If we are looking at more shutdowns, in many ways the UFC has things figured out. They are well-positioned to continue on with some form of normalcy and that’s a big advantage of them.”

Another factor working in UFC’s favor is that it produces all its own events from the broadcast side, something none of the four major sports do as the networks use their own crews and talent as part of agreements with the various leagues.

There was certainly urgency to get back in the Octagon. Endeavor — which purchased UFC for $4 billion in 2016 — reportedly carries around that purchase price in long-term debt. With no fans able to attend events, Endeavor counts on UFC revenue for a large part of its profits, with much of that linked to revenue from ESPN.