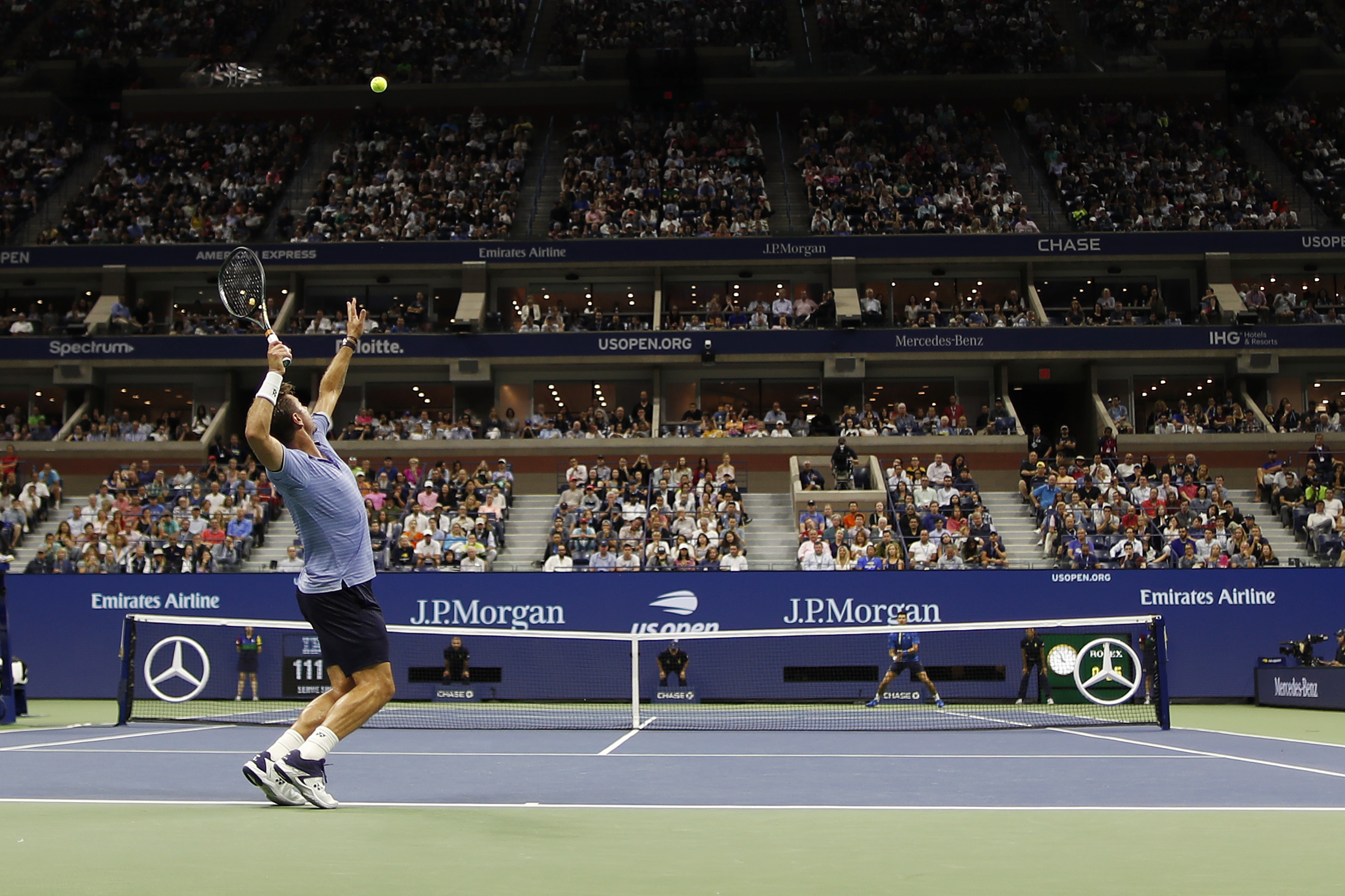 Tennis Channel entered the 2020 Australian Open as the fastest-growing television network in the United States. Then the coronavirus pandemic led to the cancelation of the Indian Wells tennis tournament in March, starting a domino effect across the professional tennis circuit.

But while tour-sanctioned tournaments remain on hold until July 13, the reemergence of live tennis has suddenly breathed new life into Tennis Channel and its millions of viewers.

“We’ve been getting ready for this moment our whole lives,” Ken Solomon, Tennis Channel chief executive officer, said. “It’s pretty exciting, from on the ground making sure players are responsibly protected to distributing it to people on every platform.”

Most recently, Tennis Channel aired UTR Pro Match Series, a two-day men’s tennis event in West Palm Beach, Fla., from May 8 to 10. The spectacle drew emerging international players like world number 29 Hubert Hurkacz and 49th-ranked Miomir Kecmanović, as well as American youngsters Reilly Opelka and Tommy Paul. Unlike an exhibition tournament, the quartet played for prize money and results that are included in each player’s Universal Tennis Rating, or UTR.

The event provided a look at the current state of tennis tournaments. It included enhanced screening, cleaning, and social distancing precautions for everyone involved. Each match was held at a private court without spectators or public access. The four players had to each supply their own drinks, towels, and were given their own set of marked balls to use during the match.

For the UTR Pro Match Series, Tennis Channel adapted accordingly. The network heavily leaned on its equipment to do the work for its four on-site employees, with 98% of its other workers working from home since mid-March.

Tennis Channel covered the two-day event with two 24-foot, wide-lens jib cameras that were based outside the court and revealed a different, more intimate angle than viewers were used to watching on television. Two robotic cameras were trained on each player from the middle of the tennis court, and a hand-held camera captured footage from the opposite. A drone camera was also used to film key moments and follow player entrances, with each competitor wearing headsets to interact with the network’s studio during play.

On the tech side, Solomon says that Tennis Channel has been unknowingly preparing for full remote production for 15 years. When the network launched, it brought as many as 200 people to broadcast major events like the French Open; now, it has a state-of-the-art studio in Lake Nona, Florida,  located in Orlando that also has plenty of remote-production capabilities.

“All that preparation has met this opportunity to bring live pro sports back – through the form of tennis – to American audiences broadly,” he said.

Unlike other sports, where space is at a minimum, there are few risks in playing tennis. Players are generally 60 feet apart from one another and divided by a net that they are not allowed to cross. The only other person on the court is an umpire who sits in a chair high off the ground; no linespeople were used in any of tennis’s two most recent events.

Those elements are what Solomon believes will ensure that tennis’s return to the national sports scene will be much smoother than others.

“Tennis is about going out on a court alone and having to do everything by yourself,” he said. “You’re not even generally, with a few exceptions, allowed to be coached from a distance. The solitary nature of the competition – ‘boxing without the blood’ because you never get near your opponents – really is an interesting metaphor. It also physically gives us a great opportunity to get top-quality sports to a worldwide audience at a time when it’s going to be really hard for leagues and teams to be able to put that together.”

Last weekend’s UTR Pro Match Series event was the second national tennis tournament in as many weeks. On May 1, tennis made its return with the launch of the Tennis Point Exhibition Series, which was played in Germany.

“Sports fans are hungry for live sports content, and this event certainly reaffirmed that,” David Lampitt, managing director of sports partnerships at Sportradar, wrote in an email. “The level of interest in the event was extraordinary, with news outlets around the world covering it, everyone from BBC to CNN. We were also very pleased with the quality of the production, especially with it all being handled remotely, and with only a few people on-site.”

Despite not having aired any live ATP Tour-level tournaments in months, Solomon is encouraged that tennis has returned in some form. Even with these low-stakes affairs, it has not kept Tennis Channel from continuing to grow its online presence.

Since early March, the network is averaging 7.5 million weekly impressions across its Facebook, Instagram, and Twitter profiles – a 13% increase from the 6.6 million it averaged during the same time period in 2019. Total social media impressions in 2020 so far have totaled more than 155 million – a 7.6% increase from 144 million at the same point in time in 2019.

Solomon says that Tennis Channel will continue to find new ways to produce content for both its online and TV viewers. It is already thinking ahead to its next dose of live content, when four WTA players – Amanda Anisimova, Danielle Collins, Alison Riske, and Ajla Tomljanovic – compete in a similar event from May 22 to 24. Solomon also speculates that future events will be hosted in the densely populated tennis region of Southern California.

While the future of the 2020 ATP and WTA Tour seasons are out of his hands, Solomon is confident that his network has developed a sustainable model to continue airing these batches of regional events through the end of the year.

“The challenge for tennis tours, the ATP and the WTA – and it’s also the charm – is that the individual competitors come from all over the world and earn their way into these events based on merit and ranking,” he said. “If they can’t travel the world freely, that can’t happen. So it’s not a question of whether they can play; it’s a question of whether they can get there.”

“I really believe this is a metaphor for real life of other sorts,” he added. “As we show how to do this safely and right, and if we can prove the model – which I know we will – of protocol and that everybody does this, and it’s safe – then I really am confident in that.” 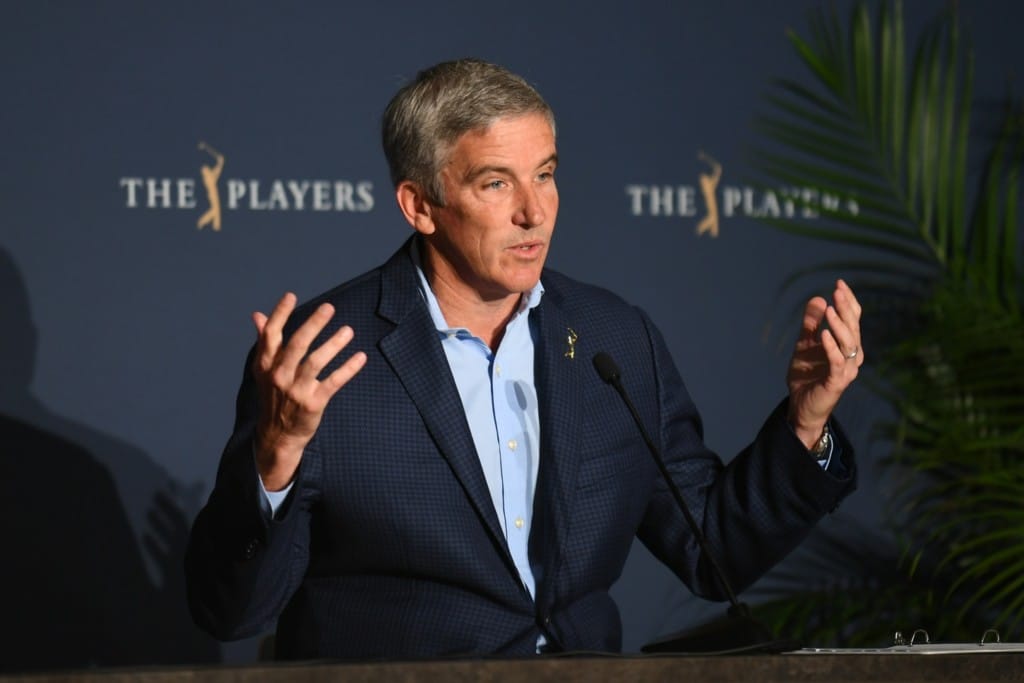