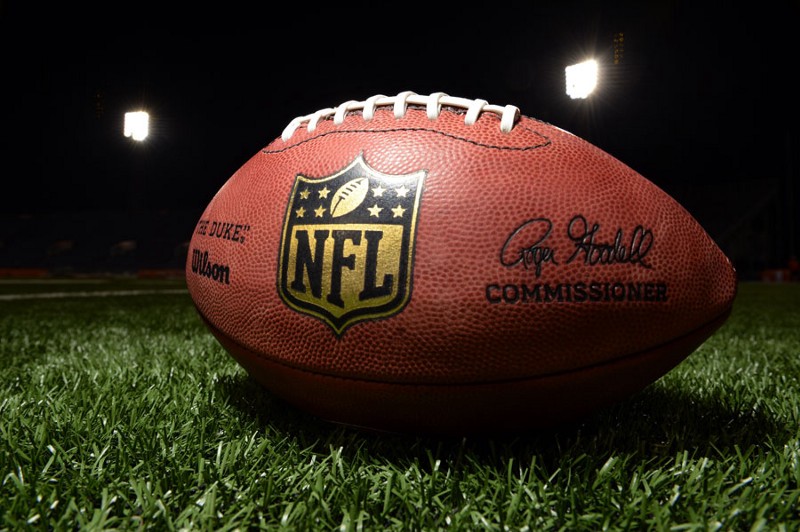 A look at some of the top stories at the intersection of sports and technology.

By Rick Horrow and Ronnie Socash

The NFL, Wilson Sporting Goods, and Zebra Technologies have partnered on a project for the 2017 NFL season that will bring a new level of data to NFL teams and fans.

Every NFL football this season will have a chip implanted into it that will relay data about the ball’s location, speed, and rotation metrics. The technology made its debut in the 2016 Pro Bowl and was also used in kicking balls on Thursday Night games during the 2016 NFL season. Jill Stelfox, Zebra Technologies General Manager of Locations services, had to this to say about the use of data in football: “It’s been a couple of years of an iterative process. How can we focus on the plays when it’s both fun and important? I think we’re in that early phase of looking at that for the ball. I do think data will get to fans soon, which will be fun.” Through these data points and using the chips in NFL games, fans will have a new feature to dig into while viewing. In the statistics-driven fandom of sports today, the NFL is doing all it can to quench the proverbial thirst of fans for more specific and interesting data.

According to SportTechie.com. Garmin has added a new feature to its line of smartwatches that will help intense trainers conveniently make purchases.

The Vivoactive 3, a new model of Garmin smartwatches, has included contactless payments into its new features. As a result, watch wearers can purchase items such as food and equipment straight from their watches. Dan Bartel, Garmin Vice President of Worldwide Sales, had this to say: “Anyone who is out and about being active can relate to the struggle of where to stash a credit card or cash, and has had to forgo a post-workout snack or coffee as a result. We’re solving that dilemma with Garmin Pay, an exciting feature on the new Vívoactive 3. Use it pretty much wherever contactless payments are accepted, and give yourself one less thing to remember when you’re leaving the house.” With new features like this, Garmin is looking to get an edge over competitors like the Apple Watch. While Garmin doesn’t have connectivity between products like Apple does between its watches and smartphones, Garmin proves its ability to stay ahead of the curve in this competitive wearables market.

Smith wore Vicis Zero1 helmet, which ranked first out of 33 helmets tested by the NFL and NFL Players’ Association this past year. According to CNBC, after testing the helmet in both training camp and the preseason, Smith was so impressed he not only decided to wear the helmet, he also became an initial investor in the Vicis. When asked about what benefits he sees coming from the new and improved line of helmets, Smith said, “Obviously, I’ve had a little history with head stuff, and for the first time, there seemed to be new technology in the helmet. For me, it was just finally this big science push. You actually had real scientists developing this and thinking about it.” If Vicis is successful in not only convincing NFL players to use their new helmets, but actually stopping concussions, the future of the NFL could be changed. The fear of sustaining concussions and CTE through football is very real, and youth football player numbers have decreased as a result. With a more proven means of preventing head injuries, the NFL could ensure that their sport survives in the coming years.

Major League Baseball fans are now able to watch the Boston Red Sox like never before.

Intel and NESN have partnered on a project to start a four-game pilot of broadcasting Red Sox games in Virtual Reality. In June, Intel began broadcasting a game in VR every Tuesday, but now they have an agreement with a specific team. The games will be available to NESN subscribers on the NESNGo VR App. From NESN.com: “Choose your preferred camera angle, or sit back and watch a “director’s cut” of all the VR cameras, all while seeing a 180-degree camera perspective. Look all around and soak up the Red Sox and Fenway Park. Look further beyond, right or left, and you’ll see real-time team line-ups and statistics. Look up and you’ll see an expanded box score. Look down and you can select your desired camera angle.” If this is any indication, MLB could be moving toward VR sooner rather than later. MLB fans will soon have packages available to watch their favorite team from their couch as if they’re in the stadium. With more accessibility to the VR headsets, VR set-ups could become a common household appliance.

The Boston Red Sox were embroiled in a cheating scandal this week as they were caught stealing signs from the New York Yankees during a game.

The New York Times chronicled the controversy specifically: “The Yankees, who had long been suspicious of the Red Sox’ stealing catchers’ signs in Fenway Park, contended the video showed a member of the Red Sox training staff looking at his Apple Watch in the dugout. The trainer then relayed a message to other players in the dugout, who, in turn, would signal teammates on the field about the type of pitch that was about to be thrown, according to the people familiar with the case.” All MLB teams look to technology to give themselves an advantage. However, sometimes teams can take that initiative too far. In the case of the Red Sox, they used a member of their training staff to relay signs to players on the team. This was a clear violation of MLB rules, but it brings up an interesting discussion about what role technology will play for teams during games. Should teams be able to use Apple Watches? Should teams even have access to any video during games? Expect these questions to be discussed at length this offseason.