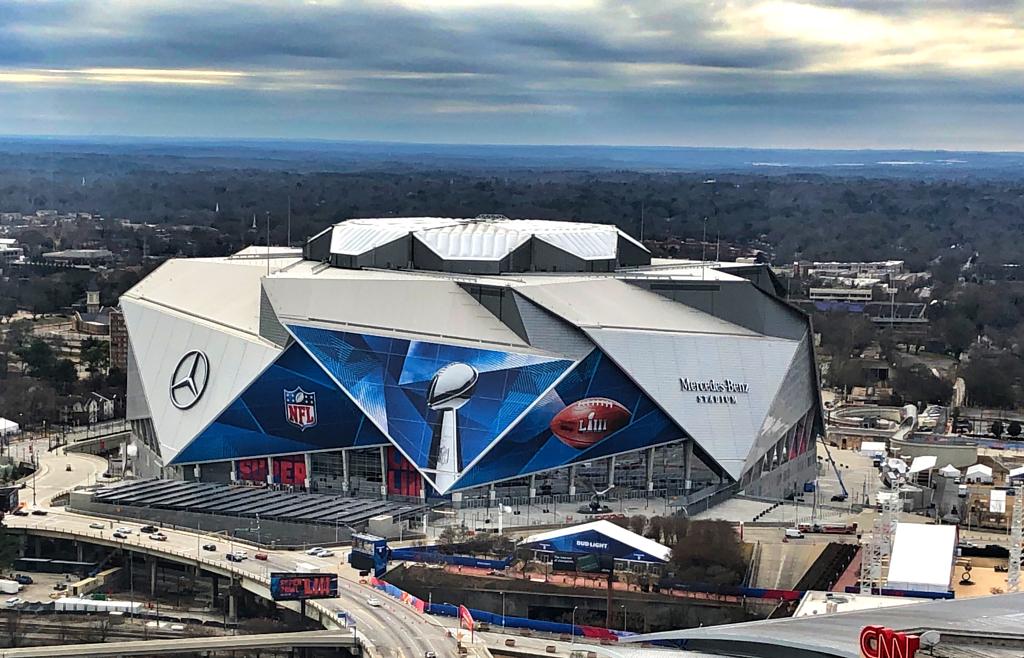 Businesses in Atlanta, and across the country, are about to experience a major surge.

The Super Bowl activates a significant amount of economic activity not seen on normal weekends, both in the host city and communities across the U.S.

Last year, Super Bowl LII in Minneapolis brought an estimated $450 million in new spending to Minnesota, according to a report prepared by Rockport Analytics for the Minnesota Super Bowl Host Committee. The report also noted state and local tax receipts of more than $32 million.

According to the report, last year’s Minnesota Super Bowl was tied for the third-most estimated economic activity since 1989. Atlanta’s previous Super Bowls in the time period was less than $200 million in 1994 and nearly $350 million in 2000 — not adjusted for inflation. Phoenix, in 2015, had the highest impact at $719 million.

Most businesses see a massive increase in online activity, said Zahid Zakaria, the senior director of insights and analytics at Yext, which is an online brand management system that helps businesses control information across more than 100 sites and apps.

READ MORE: A Huge Gap in Economic Impact Numbers Begs the Question: Are Bowl Games Worth It?

As the company manages its clients’ information and keeps brands consistent, Yext also collects massive amounts of data and trends, like the economic activity impact of the Super Bowl.

Yext had a small study from Super Bowl LI in Houston and wanted to build upon it last year in Minnesota. The information ranges from hospitality businesses like bars, restaurants and hotels to liquor stores, grocery stores and even financial services like ATMs. Banking-service Google searches increased eight percent on the Friday before Super Bowl LII, followed by a 20 percent drop the next week.

“My personal favorites are grocery stores; they see a rise in searches prior to a Super Bowl, 14 percent week over week in the host city versus six percent in other cities.”

Zakaria said it’s not all about online activity, but phone calls also surge.

“Perhaps expect more call volume,” Zakaria said. “If I’m going to buy beer at a store, I want to know if they’ll have all the other stuff I need before I go in.”

Sporting good stores in Minneapolis saw an increase of 41 percent week over week on the Friday before Super Bowl LII, with website clicks on the stores up 250 percent the same day. Sporting good stores across the rest of the nation saw a 10-percent dip, suggesting the only sports merchandise that matters that weekend is attached to the Super Bowl and the two teams participating.

Hotels experienced a 62 percent week-over-week search increase on Super Bowl Sunday in Minneapolis, while the rest of the nation dropped 11 percent.

The increase in hotels makes sense, as nearly 125,000 visitors descended on Minneapolis in a 10-day period for Super Bowl LII, according to the Rockport Analytics report. The three-day period of the Super Bowl boasted an average daily room demand of 38,700 at a $330 average daily rate. The 88-percent occupancy was 35 percent more than the five-year average of the same period. Airbnb saw a 728-percent increase in daily demand (4,900 rooms). The report also noted there’s an increase in convention interest when a Super Bowl is held in a city and the city gets to show off for a global audience.

READ MORE: Inside the Revenue Generation and Marketing Frenzy of a Super Bowl

The Super Bowl isn’t the only massive sporting event Yext has tracked. Last year, it tracked online engagement of pubs in England during the 2018 World Cup in Russia. The tracking also included other nations, but few were as significant as the bump England-based businesses experienced during the nation’s games.

“The timeline of pubs’ peaks align exactly with the days England was playing,” Zakaria said. “It was a tsunami of interest. Once England was out, things went quiet.”

Oddly enough, searches for bars and liquor stores in Minneapolis on Super Bowl Sunday last year dropped 10 percent against the previous week. The rest of the country saw a 34-percent increase the same day — due to consumers watching at a bar or buying supplies for a home party.

Zakaria’s major takeaway was businesses need to prepare for surges no matter where they are for the Super Bowl, and other major sporting events. In the past, this was a natural assumption, but now businesses are able to use better information to predict the upticks to adequately staff and offer Super Bowl promotions.