My Other Passion Podcast: Christian Ponder Joins Us for Episode 4
Listen Now
Innovation 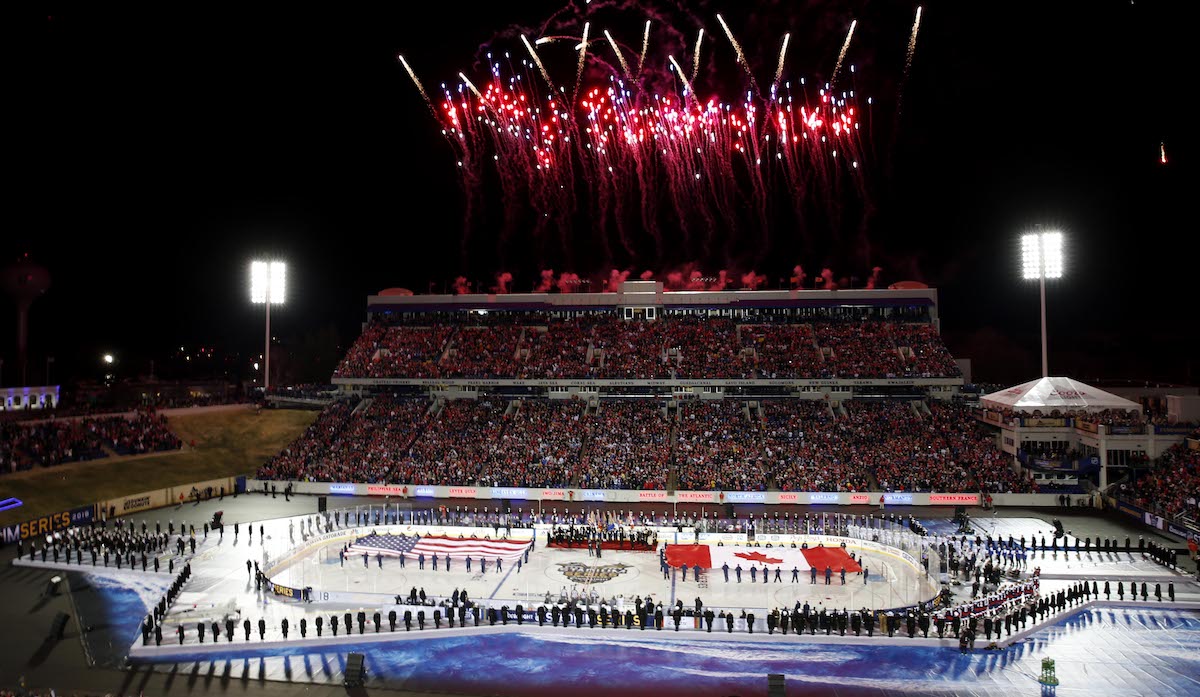 As the NHL approaches its 30th outdoor game on February 15, the league is seeking a fresh look for games played outside its traditional arenas.

The game at the Air Force Academy in Colorado Springs is the second in a series of games at U.S. military academies, following 2018’s Stadium Series contest at the U.S. Naval Academy in Annapolis, Maryland.

The Colorado Avalanche will host the Los Angeles Kings in Air Force’s 45,000-seat Falcon Stadium, which will be one of the smaller destinations in the Stadium Series.

Part of the challenge of the success of the NHL’s slate of outdoor games has been finding new and unique venues.

“We were a little nervous repeating a game in Colorado; we were here in 2016 at Coors Field, and we don’t love to repeat,” Steve Mayer, NHL executive vice president and chief content officer, said. “There are a few places that are hard to do a game, so you look at where you go, you’re going to end up repeating.”

That led the league to Annapolis and Colorado Springs, two cities that are adjacent to NHL markets and have stadiums ready for the transformation to an ice rink.

More broadly, Mayer said the league’s success in cities within an hour or two of team markets – like South Bend, Indiana, and Regina, Saskatchewan – has proven the viability of outdoor hockey away from home.

While the third U.S. service academy – the U.S Military Academy in West Point, New York – has not hosted an NHL outdoor game, there are plans to upgrade and renovate its football stadium as well as add seats, which may enable the NHL to host a game there as well.

That led to discussions with Navy Federal Credit Union, which now serves as the Stadium Series title sponsor.

The credit union was drawn to the way the NHL and its teams support the military and veterans, Pam Piligian, Navy Federal Credit Union senior vice president of marketing and communications, said.

“Sometimes you look at properties that members watch, but it’s hard to prove that has a connection,” Piligian said. “With hockey, it’s easy to see. It’s ingrained in what they do. It’s part of their DNA.”

Along with the game in Colorado Springs, Navy Federal Credit Union has worked with USA Hockey and the NHL to put on a mini-tournament with military veterans in Denver the same weekend.

The financial institution became the league’s official military appreciation partner in 2018 with a three-year deal.

Partnering with the service academies and Navy Federal Credit Union is a natural fit for hockey, Kirk Wakefield, executive director of Baylor University’s Center for Sports Sponsorship and Sales, said.

“The NHL isn’t doing this just to suck up to the armed services, it’s believable and rings authentic,” Wakefield said of the league’s proven commitment to veterans. “NHL fans, as a rule, are very dedicated and passionate. It’s very likely Navy Federal will benefit from that passion.”

Military involvement doesn’t end with the veteran’s tournament, but it will be all around the rink in Colorado Springs.

At each outdoor game, Mayer said the league likes to ensure a viewer on TV will automatically be able to identify the location. At Falcon Stadium, the field surrounding the rink will be made to look like a runway with real lighting and will have 1,000 Air Force cadets on the field, as well as an F-16 fighter jet.

“From a creative standpoint, this has been so much fun,” he said. “My goal is when someone tunes in to watch a game, no matter where they live or are watching the game, they know the second they tune in they’re watching a game at the Air Force Academy.”