There’s a golden opportunity for global sports tech companies in Asia — and Sports Tech Tokyo is aiming to open up a gateway.

Scrum Managing Director Michael Proman is spearheading the Studio program and said it won’t be a normal accelerator and instead will focus on creating a community of mentors and curating innovative companies in a variety of stages. Proman said there’s no financial interest in the program for Scrum, but like any altruistic efforts, there are hopes it eventually pays off.

“We think there needs to be a longer, more substantive relationship and we can add value in more ways beyond just an investment vehicle,” Proman said of Scrum’s partnerships with its Japanese partners. “By us working with LPs in more collaborative ways, we give them an incremental value that goes 360 degrees and we get good visibility into sectors we want to make investments in.

“Whether or not we ultimately make investments in participating Studio companies, the fact we’re bringing together the best and brightest will come back to us in some way.”

READ MORE: The Shift East: Why Asian Brands Are Investing in English Football

The program is currently accepting applications from sports tech companies for 150 slots, with 50 companies slotted each in athlete performance, stadium experience and fan engagement. The company is also looking to round out its roster of over 50 mentors, which Proman described as thought leaders in a variety of positions from the Sacramento Kings to the NCAA.

Dentsu is the primary partner of Sports Tech Tokyo, but a variety of other Japanese partners have been identified to potentially collaborate with the sports tech companies should they solve business problems.

The 150 companies will meet in Tokyo with the program partners in early/mid-April for a curated experience to be connected with partner companies and revenue-generating opportunities.

Following the Sports Tech Tokyo conference, the group of companies is whittled down to 10 to 20 and grouped with partners and mentors for a three-month accelerator, which will largely be virtual relationships to be respectful of the companies’ time and business-building priorities but will also include on-the-ground events in North America as well.

“The final cohort will not just be the companies that have raised the most or at the latest stage, but those that best are positioned to solve the problems and opportunities identified within our very diverse partner community in Japan,” Proman said.

Not only might the community lead to new funds for tech companies, but it could also lead to major partnerships with existing companies, such as Panasonic and Nintendo — previous Studio partners of Scrum Ventures.

“We’re trying to rework and reinvent an antiquated accelerator process,” Proman said. “There’s a lot of great things about them, but there’s a connotation that if you graduate from seed status, you’re good to go. But getting to the next milestone isn’t attainable to some and there’s this abyss that great companies and good ideas go to die. It’s unfortunate and we want to be part of the bridge to real revenue opportunities.”

Despite a rapidly growing sports market in Asia, Proman said there’s a significant lack of sports tech companies in the region. Sports Tech Tokyo will be focused on Japan, as the 2020 Summer Olympics and 2019 Rugby World Cup will be held there, but a wider approach is likely too as the 2022 Winter Olympics will be in China.

“Right now in sports, Japan is really top of mind,” Proman said. “This is only chapter one, these programs can exist in other areas like Shanghai, Beijing, and Singapore.

“We feel like we can own that trans-Pacific gateway and be that liaison and facilitator.”

Along with the need to bring the most innovative sports tech companies to Asia, the industry itself lags behind others in attracting VC funds, Proman said. Now the industries are catching up as data analytics and quantitative insights are emerging not only in performance but fan engagement.

“Sports tech is underinvested, but key players are catching up. Even things like sports gambling and esports, these emerging silos are being invested in or have massive potential to scale even further,” he said, adding the community they are building transcends Asia. “We’d love to believe this community will encapsulate the best and brightest all over the world, pairing and curating relationships that have universal benefit – irrespective of our focus in APAC.” 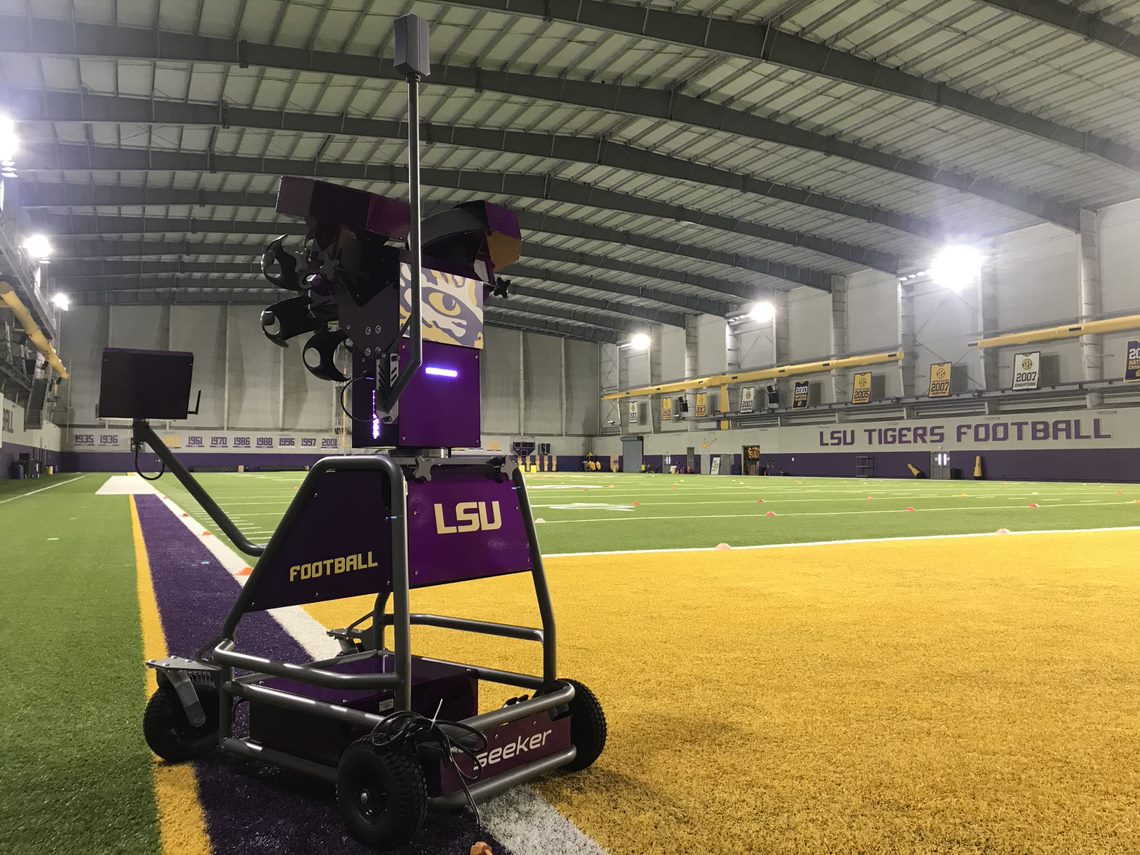