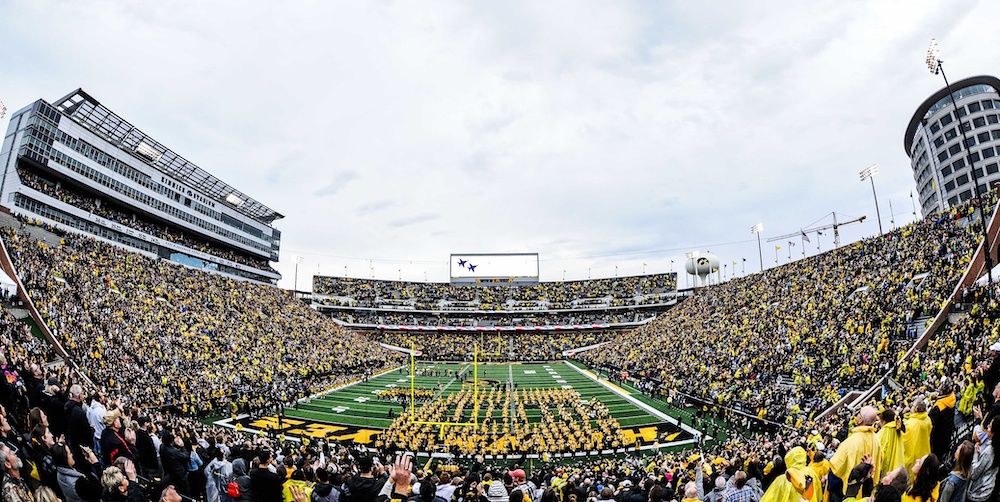 Sankey was part of a panel that addressed the Senate Commerce Committee as it reviewed the NCAA Board of Governors’ report on student-athlete compensation. The panel also included Mississippi Athletic Director Keith Carter and Ohio State’s President Emeritus Michael Drake. “Knowing the competition within my 11 states, I can foresee quickly the other 10 one-upping each other,” Sankey said. “And I think that’s a problem for fair and equitable competition.”

As COVID-19 cases surge, college football programs that typically host more than 100,000 fans have to decide who can go to games.

Schools like Iowa had thought full stadiums were likely until nine of its players tested positive – the school then halted ticket sales and started designing limited capacity plans.

For Ole Miss, a 50% guideline poses a problem as just season ticket members and the normal student attendance would fill up 60% of the 64,000-seat stadium. Mississippi’s current guidance is 25% capacity, so the plan is to allow season-ticket holders on a loyalty point system based on donations, longevity, and seats purchased.

If schools are limited in attendance, there instead could be a focus on filling suites and luxury boxes that could drive more revenue than the rest of the stadium.