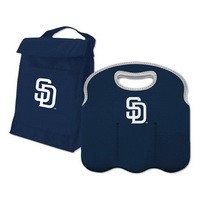 Welcome to the Promo Spotlight! Each week, I will look at some of the best promotions that have taken place around the sports world and share them with you. Promotions play an important part in enhancing the fan experience and can sometimes be the deciding factor in someone going to a game or not. From ticket specials to giveaways, promotions are a great way to engage fans and give them a little “something extra.”

Yankees Coloring Book- New York Yankees, 8/16: This promotion caters to young Yankees fans, but I can see parents or older siblings using this. It’s a simple, easy way for the Yankees to have a presence with fans outside the ballpark. I’m sure kids (and their family members) will enjoy coloring some of their favorite Yankee players.

The InstaGrammys- Durham Bulls (Triple-A Affiliate, Tampa Bay Rays), 8/18: The Durham Bulls really knocked this promotion out of the park (pun intended). Throughout the season, fans were encouraged to use the hashtag, #DurhamBulls, in their Instagram posts. From there, the Bulls’ staff chose their top 10 favorite pictures and counted them down leading up to the game on the 18th. It’s the perfect promotion to celebrate the season while incorporating fans.

On Instagram (durhambulls) we're counting down the Top 10 fan photos of 2016, leading up to Thursday's InstaGrammys. pic.twitter.com/2hbjEKdH1a

Pat Venditte “Switch-Pitcher” Bobblearms- Staten Island Yankees (Short Season Single-A Affiliate, New York Yankees), 8/19: I’ve been excited about this giveaway since it was announced in June. Venditte is the most unique pitcher in the game right now in that he can pitch with both arms. Even though he’s no longer in the Yankees system, his former team found the perfect way to honor their alum. A lot of minor league teams base promotions off of former players, even if they aren’t with the parent club anymore. The S.I. Yankees found a great way to make the standard bobble-doll unique towards a former player.

Fans Choice San Diego Lunch Box or San Diego Bottle Holder- San Diego Padres, 8/20: I like that the Padres are giving fans the choice of which giveaway they want. Both are good promotions on their own, but letting fans choose is a really cool idea. It’s also a great way for families to avoid getting too many of one giveaway.

Pixar Day at the Park- San Francisco Giants, 8/21: The Giants have found a fun way to engage fans of all ages. It doesn’t matter how old you are, Pixar movies always make you feel good. This year, the Giants chose my personal favorite, Finding Nemo, to base their theme day off of. There will be pre-game entertainment on the field and fans who purchase the special theme ticket also get this Finding Dory Snow Globe and the opportunity to watch Finding Nemo after the game.

Taijuan “Sky” Walker Bobblehead- Seattle Mariners, 8/21: The Mariners wrap up their Star Wars Weekend with the perfect Star Wars bobblehead. The only downfall is that Walker is currently in Tacoma and won’t be able to use his Jedi mind… er, pitch… tricks on major league hitters. Either way, he’s the best player to base a Star Wars giveaway off of because his last name can easily be changed to play off a character.