How Oregon State Is Helping Players Prepare for Life Beyond Football

From 2004 to 2007, Alexis Serna enjoyed a successful tenure as the placekicker for Oregon State University’s football team. In that time, he earned All-American honors twice and won the 2005 Lou Groza Award, given annually to the nation’s top placekicker. After earning his degree in history from OSU, Serna played in the Canadian Football League for three seasons before returning to Oregon with his wife in 2010.

Unsure of what professional direction to take, Serna worked several jobs in the private sector over the next few years including roofing, training to be a police officer, and working as a store manager for Sherwin Williams. In that time, Serna still found himself maintaining contacts within the football program at OSU and regularly volunteering with the Varsity OSU organization (an alumni organization for OSU letter winners).

Six years ago, then-head coach Mike Riley and Varsity OSU director Scott Spiegelberg started the Beyond Football initiative within the program. The initiative aims to transition student-athletes into their professional careers after their playing days are over. In September of this year, Scott Spiegelberg and new head coach Jonathan Smith hired Serna as the program’s new director.

In his time as the program’s director, Serna has set up networking events on campus to connect OSU football players with potential career opportunities. Serna also brought players to meet with OSU alumni at local employers including Nike, the Federal Bureau of Investigation, UPS and Target’s distribution center in Albany (a short drive from Corvallis). Serna also makes a point to connect current and exiting players with OSU alumni all over the country as some return to their home states after college or give a professional playing career a shot.

Given Serna’s own history with finding his place after football, he feels a personal connection to the mission of the program.

“A lot of former players have stories similar to mine in terms of transitioning from football because the sport is such a huge part of your identity,” Serna reflects. “I was gung-ho about becoming a teacher once my playing days were over, but that wasn’t an option without an education degree. Eventually, I ended up in sales and management with Sherwin Williams and I absolutely loved it. I think someone teaching me a bit more about what career options were open to me outside of what I could immediately think of would have been helpful while I was a student-athlete. So, we want to be a resource for these athletes to talk to them about different careers and help them prepare for the rest of their lives.”

While many universities have student-athlete services divisions, programs this specific to football are extremely rare in the NCAA. People may not immediately think of how high-level college athletes fare after graduating, but the reality that people forget is that roughly two percent of former NCAA athletes play professionally. Finding an identity outside of playing a sport can be difficult and sometimes lead to heartbreak. Serna wants to help OSU’s student-athletes avoid that as much as possible. A big part of that comes from encouraging players to reach out and expand their networks while still in college.

“When you’re young, you don’t necessarily think about a network so much because you’re so focused on your sport, your schoolwork, and your social life. So we’re trying to get these guys to know a lot of people and have relationships with those people. With that, it’ll be easier to transition into the professional world.”

In addition to having a program that serves a great function for OSU’s current student-athletes, it is an important part of the recruiting sell for Beaver football. Eventually, all football players need to find a career. Serna wants to make sure that they do that while enrolled at Oregon State.

“We want our players to be successful, and that doesn’t end with them being here at OSU. It’s very important for the recruits to be able to hear that and understand that this is what we’re doing. We’re not just concerned with wins and losses on the field, we want to make sure that they’re winning off the field as well.”

Serna and the Beyond Football program are also dedicated to connecting with and helping former OSU players that return seeking guidance.

“We’re very family oriented and we want to make sure to show that, even after their eligibility is up, they’re still always welcome to come back. That’s what I try to emphasize to the seniors that are going to be leaving. My door is always going to be open to help you out because that’s what my role is: to help you out.”

When football is life, the way it is for Division I student-athletes, it can be difficult to see the other side of the horizon and what will come next in life. With the amount of professional and personal resources that exist for power five football programs, it’s somewhat of a wonder that more initiatives like Beyond Football don’t exist throughout the NCAA. Serna and Oregon State look to be a guiding light in this facet for programs hoping to help players succeed at the next level of life.

“It is exciting to think about being a pioneer for programming something that nobody else is doing. We want to become a model for the rest of the NCAA. As we continue to improve the program and keep it rolling, I’m excited to see where we are in the next five to 10 years.”

The 50 highest earning athletes set records across multiple sports, but no MLB, NHL, or NASCAR athletes made the list. 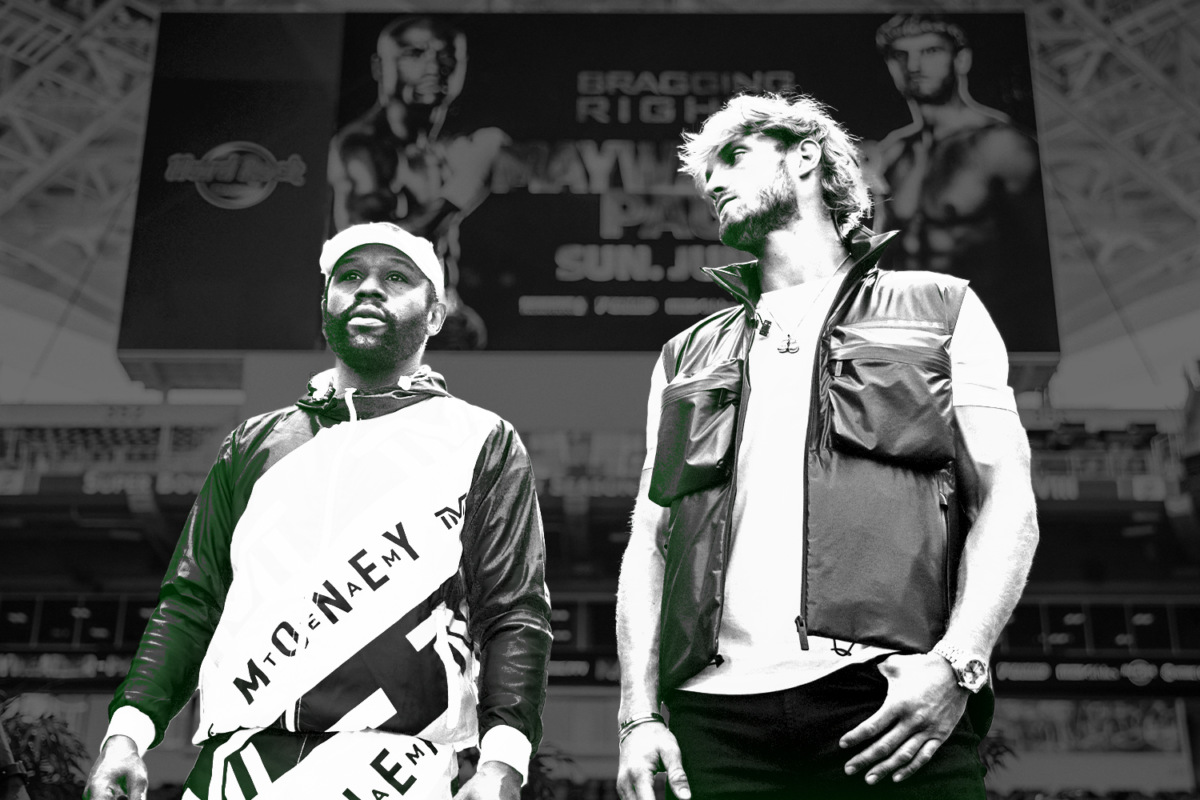 Logan Paul has leveraged his fame into becoming a very lucrative boxer, however he fares against fighters like Floyd Mayweather.

Vanessa Bryant designed a shoe honoring her late daughter Gigi before parting ways with Nike. They weren’t supposed to be released.