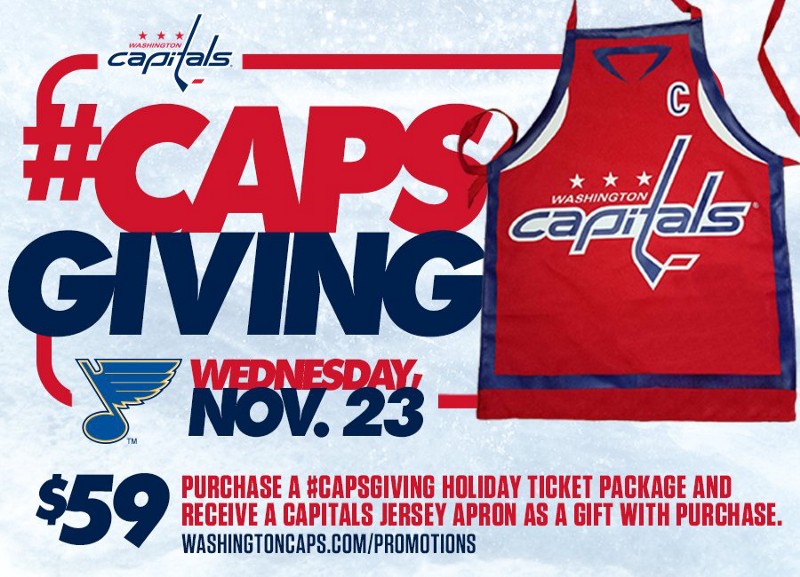 Welcome to the Promo Spotlight! Each month I will look at some of the best promotions that have taken place around the sports world and share them with you. Promotions play an important part in enhancing the fan experience and can sometimes be the deciding factor in someone going to a game or not. From ticket specials to giveaways, promotions are a great way to engage fans and give them a little “something extra.”

There weren’t many giveaways in November, but the ones featured are some of the best I’ve seen. Featuring a bobblehead and two theme nights, these teams did a great job of finding “out of the box” promotions.

Marshawn Lynch Cart Bobblehead — University of California, Berkley Athletics, 11/5: You don’t hear about a lot of collegiate giveaways, but this Marshawn Lynch bobblehead is one for the ages. When it was announced as a giveaway in July, it was the talk of the town. The inspiration comes from 10 years ago, when Cal beat the University of Washington in overtime and led to Lynch driving the injury cart around the field. To celebrate this game and special Lynch moment, Cal gave away this bobblehead when they played Washington on the 5th. It’s the perfect way to remember something so unique to Cal while playing the team they beat that historic night.

The Marshawn bobblehead has arrived & can be yours on Nov. 5 at @CalFootball vs Washington!https://t.co/m60Z1YUQOt pic.twitter.com/p3oeypxbTx

Drake Night — Toronto Raptors, 11/16: It’s no secret that Drake is a huge Toronto fan. Dubbed the Raptor’s “global ambassador”, the famous rapper and team held their annual “Drake Night” on the 16th. The night featured t-shirts for attendees, a Drake Copy Cat Cam, and a half-time performance by seven-year-old “Young Dylan”, who performed Drake’s “For Free”. The biggest moment of the night came when Drake emerged with a t-shirt that read, “Woman Crush Everyday” and had Doris Burke’s face on it. The shirt became a very popular topic on Twitter, which lead to Drake being interviewed about it and asking Burke to dinner (she said yes). Overall, it was a great promotion for the game against the Golden State Warriors, who Drake chose as the opponent for the evening based on his friendship with Steph Curry.

.@drake lets it be known that Doris Burke is his 'Woman Crush Everyday' pic.twitter.com/hnCM9WVjn8

CapsGiving — Washington Capitals, 11/23: Thanksgiving is a holiday you normally wouldn’t think about promoting at a sporting event, but the Capitals nailed their Thanksgiving-theme night. Fans were able to take a picture with a Caps turkey, use a CapsGiving GeoFilter on Snapchat, and received a special jersey apron if they purchased the CapsGiving ticket package.

Events for the night included a pie eating contest, turkey curling during the first intermission, and the Caps Youth Hockey team playing a hockey game in turkey costumes during the second intermission. Check out some of their tweets below for highlights from the night.

Mites on Ice dressed up as Turkeys scoring goals! Can it be #CapsGiving every night? #RockTheRed pic.twitter.com/dkZppal8AV

Our inaugural Turkey Curling at #CapsGiving was epic! Thx to @curldc for launching the birds. Watch the whole thing: https://t.co/AMzmj0ayQL pic.twitter.com/qk0jWnH5TJ