Not Another Mid-Major: How Grand Canyon Tells Their Story On Social Media 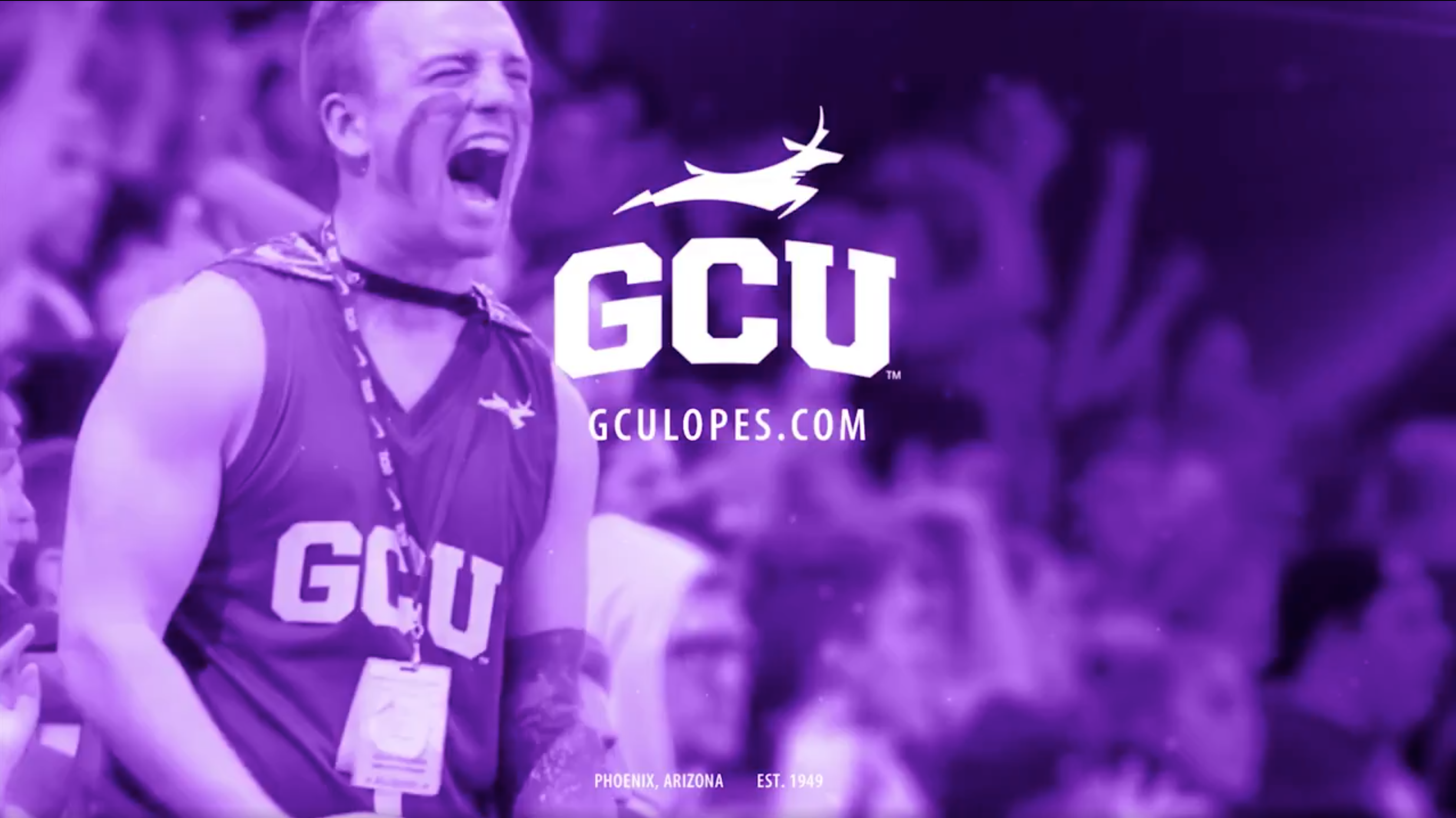 *Team Infographics is a Proud Partner of Front Office Sports

Back in 2013, Grand Canyon University (GCU) was just beginning its transition into a division I athletic department. Now just about five years later, the Lopes have grown into one of the most distinct and fastest rising brands in all of sports.

In addition to beautiful new facilities and a basketball atmosphere that has garnered national attention, GCU’s digital media team has worked tirelessly to provide the school’s 21 varsity teams with the coverage and exposure they deserve. Led by Associate Athletic Director for Strategic Communications and Public Relations Charles Hampton, the digital media team has grown GCU’s Twitter following from around 5,000 to nearly 50,000 in the last two years alone.

As Hampton can tell you, that growth is “pretty good for a mid-major university.”

“We’ve been able to pick up some good growth by just creating content that’s interactive and fits the trends of the industry moving forward.”

Since Hampton came to GCU from the Houston Texans two years ago, the Lopes’ digital media team has grown from just two people to eleven, including athletic communications, several graduate assistants, and staff writers. Building that team out has allowed to Lopes to put a large emphasis on providing quality coverage on par with what you’d find at a much larger athletic department.

“As a mid-major, you’re not on ESPN every game. But you have your fan base, which is growing rapidly for our school, and of course, with any team, you’ve got parents of the student-athletes and friends and people back in their hometowns. People want to be able to follow the people they know and we want to give them that access. While we may not have the tools that a big power five school has, we make the most of what we do have.”

Hampton goes on to highlight the importance of tools like SnappyTV in creating engaging and timely social content.

“Through the utilization of SnappyTV, you can pull and cut 10, 15, or 20-second highlights in real time as the game is going on and post them immediately to Twitter. Even if you’re not able to watch a full game, you can just sit there and be scrolling along and get the main highlights and see what’s going on. I know parents, as well as our administrators, love being able to keep track of what’s going on and really see it. There’s only so much you can get from a recap article or Twitter play-by-play. Plus with social media, it has to be timely. I mean, if you’re posting recap videos a couple of days later, people have already moved on to the next event. You want to be accurate, you want things to look good, but the speed is very important these days.”

Another way that GCU has been able to create quality content quickly has been through the utilization of Team Infographics (TI). While Hampton and company do receive help from the university’s marketing department, GCU athletics communications are all self-taught when it comes to graphic design. This is where TI comes into play with their motion graphic templates and easy to use CMS system. Hampton and company can explain the many benefits of partnering with TI.

“TI helps us with a lot of the postgame, motion graphics, and score snapshots. It’s so valuable to have those assets pre-programmed in order to keep content visually consistent. It’s especially great when you have student workers and folks that may not have the same background and experience being able to just go through using the drop-down menus and easily drop pictures in and be able to have something that pops and fits our brand. That’s such a value that you can turn something around that looks great while not necessarily having to have the design skills create it right then and there.”

Wong climbing the hill tonight for start No. 12 on the year. #LopesRising pic.twitter.com/9PDPIuIghW

Even with minimal formal graphic design training, Hampton and team have been able to create a striking and bold aesthetic for the Lopes’ brand across all of their digital platforms. Collaborating with university marketing and video teams across campus, they have been able to keep simplicity at the forefront of their thinking while designing.

“You know, we’re, we’re very much into a simple clean look of things,” Hampton explains. “We try not to get too busy. Usually, we’re just incorporating basic design elements of using the color and using shapes and patterns and texture to really push our message without it becoming distracting. I think that’s the key to a good design is getting your message across clean here to where there’s no question of what the main focus of a graphic or a post would be.”

It's Senior Night for @GCU_Softball where they will honor their seniors before their 5 p.m. first pitch with UMKC pic.twitter.com/TwjxkN8Yxa

In terms of content, there has been plenty to highlight at GCU recently, most notably the construction of ten separate athletic facilities in two years. Hampton and the digital media team kept GCU fans, students, and stakeholders updated at every step of the way during that process.

“If someone’s building a stadium, they may put like a camera out at one level to show the construction process. But when you’re doing 10 at the same time, it’s a tough thing to do. So we really relied on our social media to be able to go out and shoot photos and create different graphics and videos, showing the progress of the new facilities.”

“Then when they launched, we had a really a positive presence and built a lot of excitement. In our very first game at our new soccer stadium last year, we set a state record with 7,000 people that have had a men’s soccer game which is in an amazing crowd. From there, we were able to utilize time lapses and other digital means to showcase this great game day environment, which has become such a selling point for the university.”

While GCU is technically a mid-major school, the atmosphere that they have built is reminiscent of a power five school. In terms of social media, they tend to approach things the way that a power five or professional team would. As you can see, that approach has paid dividends.

“The nice thing about digital and social is you rely less on resources than you would something else. So from a small school mentality, you may not have a lot of resources or staff. In the NFL or at big schools, you may have set designers that are there just to create content and do that. We’re creating that graphic content on top of everything else we’re doing. We’re still writing recaps and previews and putting together rosters and photo shoots. We’re spread thin, but we’re making sure that we’re doing all the little things we need to and not wasting any opportunity. We’re not doing anything just because it’s what other schools do. Everything should have a purpose and everything should have a strategic reasoning behind it.”

Leading up to the NCAA Regional, we take a quick look at Coach Giesecke's comments on the 5 @GCU_Lopes competing in SF! The WAC Freshman of the Year is first up. pic.twitter.com/HDXUY5zMVu

“In the end, we’re trying to promote the university, promote our brand and promote our student-athletes and get their stories out there.”

Through all of the growth that GCU, the Lopes, and their social media have seen in recent years, the focus has always been on forward progress. Hampton believes that young sports professionals should take the same approach to growing their careers.

“Never stop learning in this environment. Never stop paying attention to the trends. Don’t be afraid to try new things. Just try to keep moving everything forward as best you can.”

For a better glimpse of the future of college athletics, follow Grand Canyon Athletics on Twitter @GCU_Lopes.

*Team Infographics is a Proud Partner of Front Office Sports