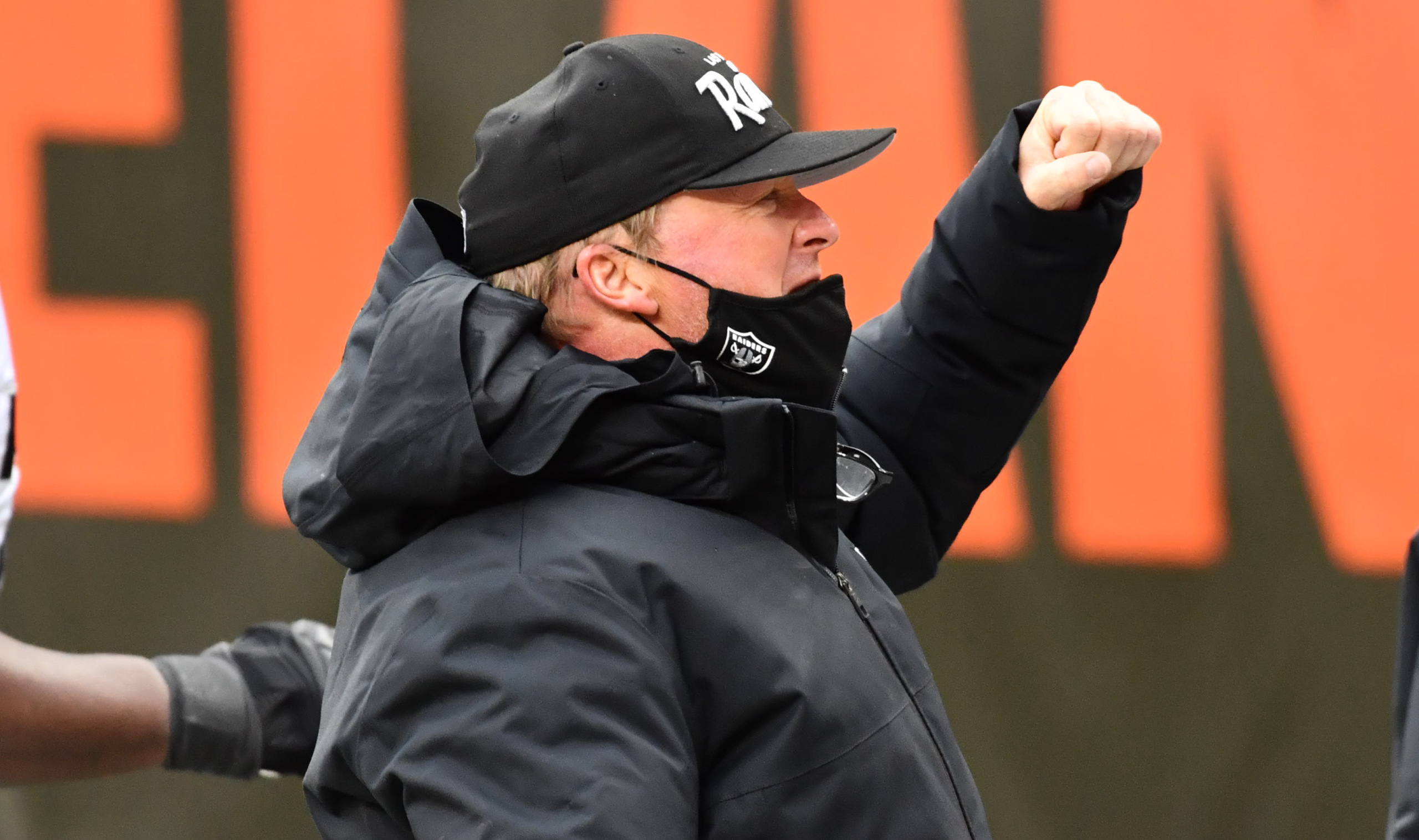 The Las Vegas Raiders and Pittsburgh Steelers are the latest NFL teams to be hit with COVID-19-related sanctions.

The team’s latest offense occurred when offensive tackle Trent Brown did not wear his tracking device at the team facility, then tested positive after multiple teammates were in close proximity of him without masks.

Prior to that incident, a group of players attended a charity event without wearing masks, and during their Week 1 game, Gruden and the team did not properly follow mask protocol.

The undefeated Steelers were fined $250,000 on Nov. 6 for violations that occurred in their Week 8 come-from-behind win over the Baltimore Ravens, when players weren’t wearing masks on the sideline or during celebrations. Head coach Mike Tomlin was also fined $100,000 for celebrating on the field without a mask — he had previously consistently worn his Steelers-branded neck gaiter since training camp.

The punishments come as the league is dealing with the impact of COVID-19 cases among 50% of teams, and is expanding its precautions in an attempt to keep the season on track. One of the new measures announced to teams this week includes expanding sideline areas to allow for greater distancing, and mandating the use of masks in locker rooms.