My Other Passion Podcast: Will Blackmon Joins Us for Episode 6
Listen Now
Innovation 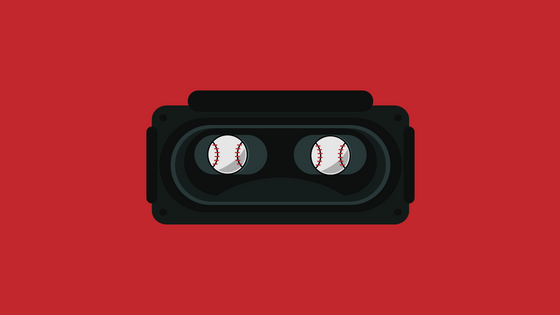 For fans attending this year’s MLB Home Run Derby and All-Star Game festivities, they’ll have the unique opportunity to find out if they can swing for the fences just like Bryce Harper.

Prior to crowning its Home Run Derby Champion on the field, Major League Baseball is set to stage its inaugural Home Run Derby VR Championship at Nationals Park on Monday. All GEICO All-Star FanFest and Play Ball Park attendees will have a chance to take their swings July 13-15 to qualify for the final challenge, which will pit the 32 best performers in a face-off, bracket style right before the actual Derby.

The MLB Home Run Derby VR game itself will feature a life-like rendering of Nationals Park, and gives interested fans the opportunity to hit as many home runs as possible in 90 seconds using their specially designed, proprietary “VR bat controller.”

MLB Games and VR team developed the baseball bashing game for fans to play worldwide, and said that they have worked closely with HTC and their Vive Pro initiative to “give participants at the event a premium VR experience.”

The 32 successful sluggers that make the final Home Run Derby VR Championship bracket will compete live at the GEICO All-Star FanFest at 2 p.m. est on Monday, “Derby Day.” As if that isn’t enough pressure, the entire three-hour event is also set to be streamed on platforms such as Twitch, YouTube, and Facebook, with play-by-play and commentary from some fairly notable names and celebrities.

Alexa Datt of MLB Network, nine-time MLB All-Star Fred Lynn, and gamers RealShelfy and Fuzzy are set to call all the action on the “VR field,” and will be incorporating special fun giveaways for some of the contest’s lucky viewers.

In addition to bragging rights, the tournament winner will be named MLB’s first-ever Home Run Derby VR Champion, receive a custom Tiffany & Co. Derby trophy, and quite an extensive prize package that includes tickets to the 2018 MLB All-Star Game. They’ll also receive a custom 2018 Commemorative Louisville Slugger Bat outfitted with a special Lizard Skins grip, an official 2018 All-Star Game jersey and cap for the team of their choosing, and a year-long subscription to the dangerously addicting MLB.TV streaming package.

This initiative is a prime example of professional sports leagues leveraging technology to turn their events into “activations,” positioning them to stand out in the crowded entertainment space. You’ve got to go to the game, or you’ll miss it.

It’s become imperative for teams and leagues to make the gameday experience more immersive and engaging. We’ll definitely be watching — not only to see how the Derby VR challengers are performing but perhaps even more interestingly, how MLB’s innovative new event is executed and received among both fans and sports business professionals.