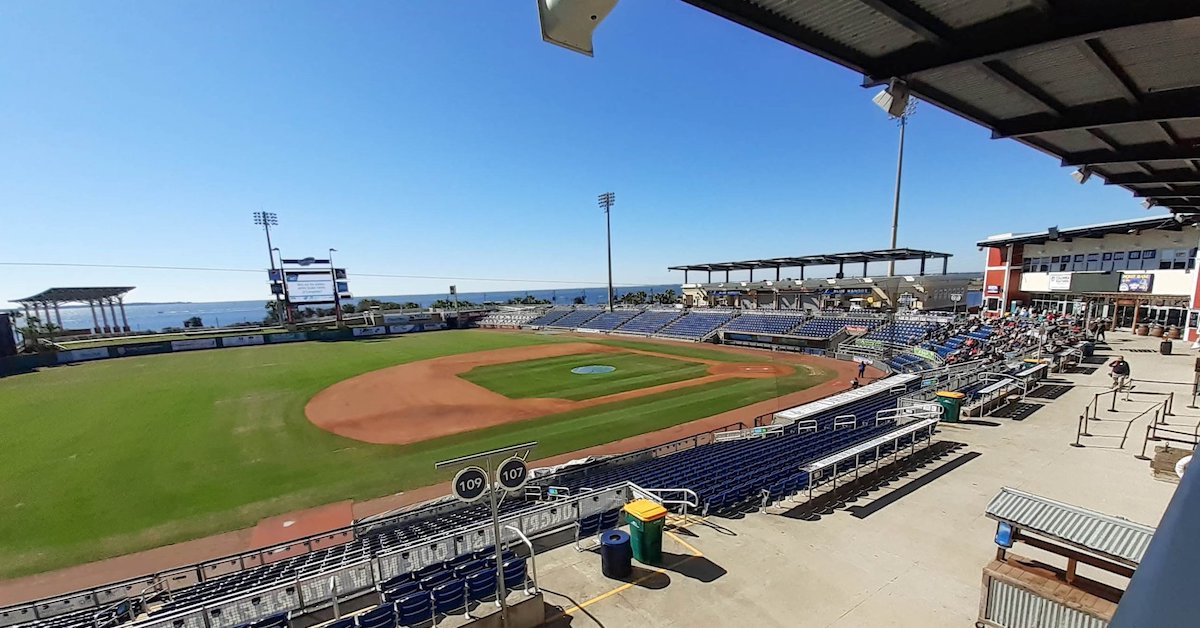 As many sports organizations have faced the question of what to do with employees during the sports industry’s hiatus, several minor league baseball clubs are getting innovative.

Near Austin, Texas, the Round Rock Express have transitioned from selling tickets to selling family meal boxes.

“Like everyone else, we’re trying to cut expenses that aren’t essential or necessary, and it’s been really encouraging,” J.J. Gottsch, COO of Ryan Sanders Sports & Entertainment, which owns the Express, said.

Building off an idea from Jeremy Zimmerman, regional general manager of RS3 Strategic Hospitality, the team has looked to take advantage of its buying power through Dell Diamond, the Express’ stadium.

The club is now offering a box of food with enough for 16-20 meals for a family, including taco night, backyard burgers, BBQ, and chicken fajitas. The kit, priced at $100, was first offered to employees and sold out within an hour, Gottsch said.

“Our chef is now working on the new kits for next week, and we’re expanding it to cover more employees,” Gottsch said.

Eventually, as long as the supply chain isn’t broken, the meal plans could be expanded to include the general public. An added benefit aside from keeping employees out of the public sphere is some cash flow. “It’s not a lot, but it’s still cash,” Gottsch said.

In Pensacola, Florida, the Blue Wahoos have already opened up the stadium’s kitchen to the general public. Each day, the team offers a takeout menu of the ballpark’s food. The goal was to break even and keep employees busy, but it’s gone beyond those expectations in revenue, said Jonathan Griffith, president of Studer Entertainment and Retail, which owns the Blue Wahoos.

“I talked with our GM about what we could do and came up with curbside delivery like all the other restaurants are doing,” Griffith said. “Baseball season is delayed, but they can still have the great food we’re proud of. We have hot dogs and hamburgers, but we also have things like shrimp crusted tacos.”

On top of the everyday ballpark food, Griffith said the Blue Wahoos are also starting to offer full meal plans like a turkey dinner and enchiladas. There’s also a $3 kids meal.

Like the ownership group in Round Rock, Griffith said the main goal has been to keep the company’s employees working. Neither team has yet resorted to layoffs, and hope to avoid those at all costs.

Pensacola has finished up a $300,000 clubhouse renovation, and the operations team is going deeper in its annual deep clean and painting.

“We’re revisiting our standard operating procedures, the things you normally feel you’re so busy you don’t have time for, we’re doing,” Griffith said. “We’re just taking advantage of the time so our employees, our community, the Minnesota Twins, are happy with our organization.”

It’s not possible for every business to keep all of its employees busy, and in Modesto, the Nuts have partnered with a local grocery store to keep its more than 200 gameday staff working. The Nuts teamed up with Save Mart Companies, a 20-year partner, to offer its employees a bridge job while helping provide the grocer workers it desperately needs during the coronavirus outbreak.

Between 60 and 70 of the gameday staff responded to the RSVP sent out by the team, Zach Brockman, general manager of the Nuts, said.

“We saw major league teams committing to pay gameday staff, so we felt we had to figure something out to help get through this tough time for everyone,” Brockman said.

Like the teams in Pensacola and Round Rock, Brockman said the Nuts are committed to keeping the full-time staff employed, explaining layoffs will be the last resort.

“We’re not trying to make a bad situation worse,” he said. “There are other options if it needs to get that far. From the community perception and success down the road, if we lay off half the staff, the 2021 season will be difficult. Having to replace people doesn’t do well for consistency and image, and that’s a huge risk.”

While all the teams would certainly rather be playing baseball, there might be some benefit for making the best out of this situation.

“I was talking to some other minor league executives the other day, and the silver lining of this is, if and when we get through this thing, all of us at every level in sports will be more efficient and creative,” Gottsch said.