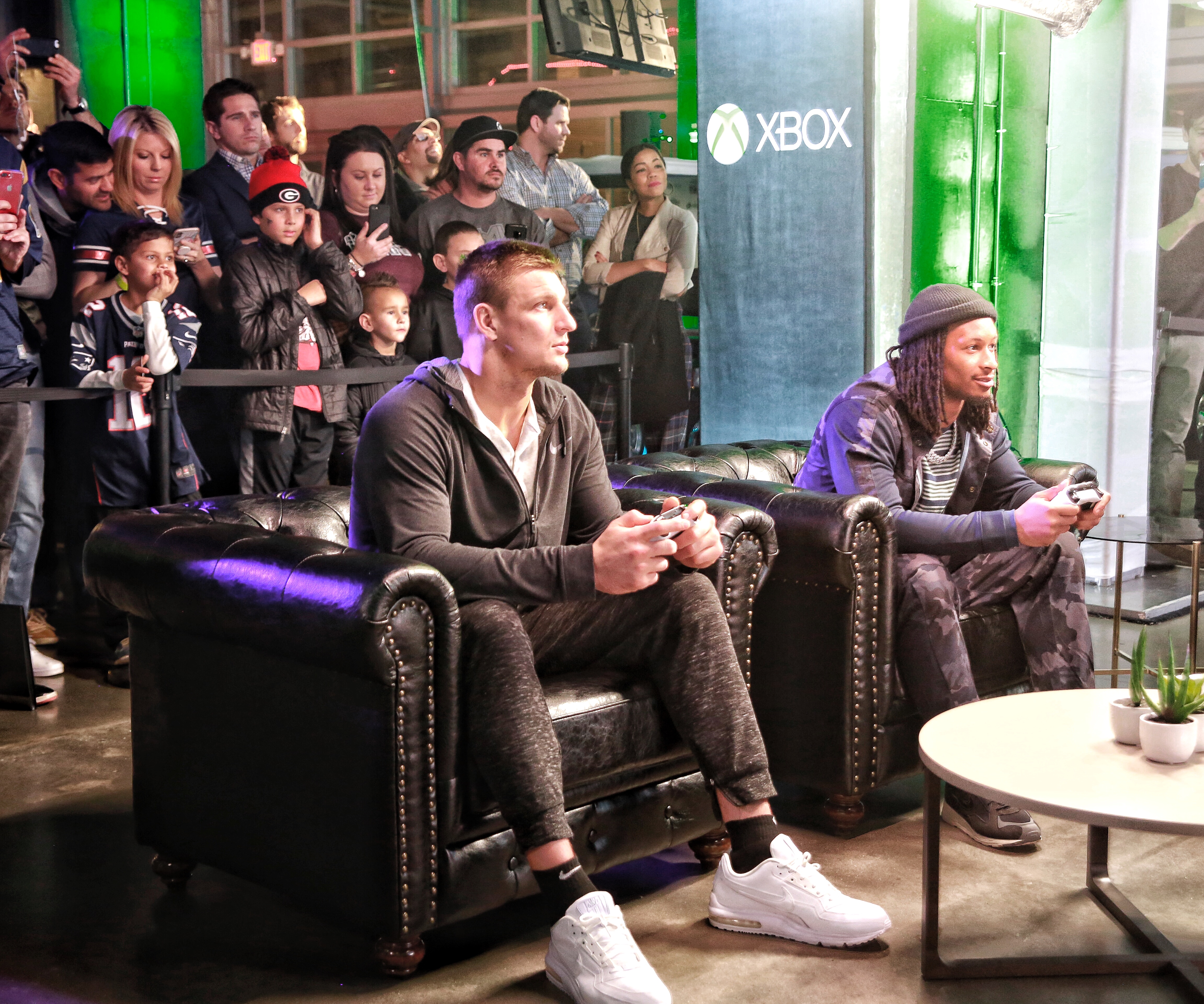 For years, the NFL and Microsoft have been synonymous with one another. The two go together hand-in-hand as the Microsoft’s Surface holds its place as the Official Laptop and Official Sideline Technology Provider of the NFL.

Yet the partnership goes far beyond in-game usage. This year, Microsoft has tapped into NFL players’ personalities in order to tell a broader story about the brand and how its products have helped to influence player hobbies. According to Broderick Hicks, a vice president of marketing services at Wasserman who serves as the account lead for Microsoft, Microsoft has leaned heavily on merging the practical uses that its products provide with the bigger picture of storytelling.

“Microsoft’s marketing with the NFL has been built around the Microsoft Surface,” said Hicks. “This year’s campaign has been showcasing players being able to make their ‘side hustles’ a reality. Microsoft products and technology can help bring those stories to life and showcase how these ‘side hustles’ can turn into actual businesses and careers for these players.”

READ MORE: Amazon Gears Up for the Big Game

These “side hustles” have included NFL players honing a wide range of skills. All branded under the “Make Believe Happen” campaign, Microsoft has helped to magnify the talents of these professional athletes using creative storytelling throughout the NFL season.

For example, Larry Fitzgerald uses the Surface for editing photography associated with his travel company, while Alvin Kamara is diving into the world of fashion. Microsoft took player authenticity one step further as it teamed up with players Cole Beasley, Chad Thomas, and Melvin Ingram to have each produce individual hip-hop tracks inspired by Dr. Seuss’ “Oh, The Places You’ll Go.”

“It is different for fans to see an athlete such as Cole Beasley express his desire to create music,” said Hicks. “The campaign allows for fans to see different layers and dreams that players have off the field. It is cool for Microsoft to tap into. The brand doesn’t overpower the stories. It is a natural part of what they do.”

These advertising spots have been running all season long on Microsoft’s website platforms, as well as on its social media channels and traditional commercial spots.

The brand will continue its push for player-created content throughout Super Bowl Week. Microsoft’s outfitted Super Bowl lounge in midtown Atlanta is full of experiences that help bring the brand to life.

A production studio will be on-site that will allow players to create their own version of “Oh, The Places You’ll Go” or to lay down a verse on a new track. Of course, the brand will have Xboxs available for players to showcase their gaming talents for viewing fans. There will also be a “Dial Style” application that players can interact with. The app allows players to use the functionality of the Dial to design unique clothing items based on colors and patterns relevant to internet searches, such as “Mona Lisa” or “cotton candy.”

For Microsoft and Wasserman, the branding collaboration has centered around helping to bring the products to life.

“The two organizations are going into our fourth season together working with producing NFL content,” said Hicks. “It all starts with hearing input from Microsoft on the products and messaging that they wish to highlight and then teaming up to brainstorm ideas to bring those to life.”

Along with Dustin Sedgwick, Microsoft’s director of integrated marketing and partnerships (brands, sports, and influencers), Hicks and the Wasserman team outline a season-long time frame for their NFL activations.

Initial ideas are conceived in April and May. Broader objectives are brought in and content plans are finalized by June. Once the plan is in place, the focus turns to getting time with players in late June and early July to film and produce the branded content before they go off to training camp. Once content is in hand, the pre-promotion and deliverables are scaled out.

As the NFL season starts, so does the launch of Microsoft’s campaign, as those are rolled out by September or the end of October at the latest. From there, messaging is reinforced throughout the season with different adaptations and updates to the program taking place in preparation for the postseason and Super Bowl Week.

“The keys to our activations and content coming to life are being ownable and scalable,” said Hicks. “We are in the business of bringing products and brands to life through creativity and support.”

Hicks and his team look for two specific results throughout the season. The first is driving as many impressions as possible. Whether this is during games with branding on the sidelines and through use of Surface tablets by NFL personnel or through commercial spots and promotional videos on social, the intended goal is to reach a critical mass of potential consumers. The second desired result is to tell relevant stories that hit on a cultural level. This is where the player videos come into play as fans are able to see a different side of players that they previously may not have known about.

“Once the entire marketing plan goes from developed, to created, to launched, it is great to see it all come together and realize it’s even cooler than what you thought it would be in your head,” said Hicks. “Seeing it all firsthand is another thing. It shows the quality of work that Microsoft and our team are able to produce as it all comes to life.”