In season 15 of Marcedes Lewis’ NFL career, the tight end is going from the football field to his business endeavors seamlessly.

On Sept. 27, the Green Bay Packer was scoring a touchdown against the New Orleans Saints. On Sept. 29, Lewis launched a collaboration which he developed with Ready Games. It’s the first celebrity game for the developer, which launches a new arcade-style mini game every 48 hours. Lewis’ minigame features him on the football field collecting Black Lives Matter coins to raise awareness for the movement.

Users compete for signed Lewis merchandise and FaceTime calls with him, all while raising money for The Marcedes Lewis Foundation.

“With the current climate we’re in and all the different forms digital media has taken in the last couple of years, I was just trying to think of a creative way to raise money for my foundation while doing something everyone can be involved in,” Lewis said. “By using a mobile game competition, I can encourage my fans to play together for the greater good, while using it as a platform to use my voice for social change.”

The mini game ends with him transitioning from his football uniform to sliding into a TV studio in casual wear, like he’s set to film an episode of his lifestyle show “The Thre@d” on Uninterrupted.

“It’s a subtle way to keep a conversation going,” Lewis said. “But it also helps demonstrate that multifaceted character, who’s strong and athletic, but also cultural and artistic. There’s another side to it and helps spread that positive image and what it means to be a Black athlete in modern America.”

At 36 years old, Lewis is likely winding down his time in the NFL. Once he does retire, he said he wants to take at least a year to travel around the globe — he wants to see what he’s missed while being tied to the football field since he was seven.

Then, he’s ready to get back to work. He said he’s had talks with some networks about TV work, but he’s also OK with heading to an office. 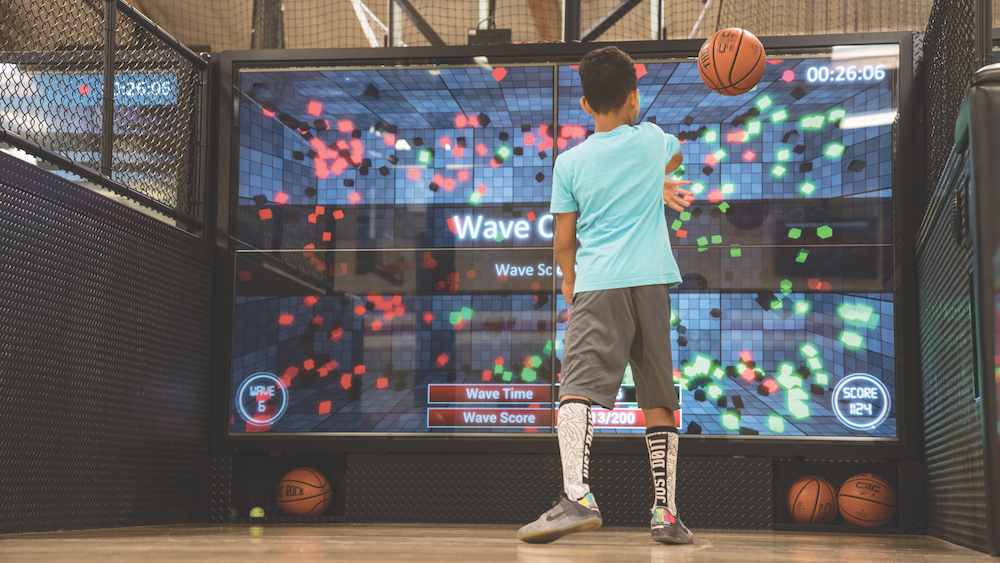 Jamal Crawford didn’t have a gym with interactive tools to help hone his basketball skills, but he wants his children – and others in the Seattle area – to have […]

It won’t be any old office job, however. Lewis started investing early on in his career, starting with a water company a friend from college started: Tu Me Water. He invested in the turmeric-infused water company because he understood the reported benefits of the spice and saw the potential that former UCLA basketball player Shaina Zaidi — and her father — brought to the table.

Five years later, Tu Me Water is in stores across the country, including Whole Foods and Sprouts Farmer Markets.

He has several other investments he’s already deeply involved in, but said he’s not ready to chat about those publicly until his career wraps up.

Lewis said it took him some time to really get a grasp on who he was, not only as a football player but as a person.

“It was about four or five years in the league, I really wanted to keep my focus on playing ball,” he said. “You have to build a brand and scale later, you build that brand to lean back on. A lot of athletes put their money into things and don’t build the brand and think it’s just about the money.

“Well, sometimes those businesses crash,” he added. “Everything off the field will be directly correlated to what’s on the field.”

Until he’s finished playing, Lewis isn’t too worried about the balancing act of being a professional football player and investor.

“I’ve been playing since I was seven-and-a-half, I’m very left brained and it’s a routine I’ve had my whole life,” he said. “I know what it looks like. It’s time management, but it’s energy management too. I do both by paying close attention to detail and knowing whatever needs my time gets my undivided time and presence in that moment.”