Even with the salvaging of the college football season, Learfield IMG College is turning to arguably the fastest-growing sport worldwide — esports — to make up for the programming void caused by the coronavirus pandemic.

During the summer, following the nationwide shutdown of spring collegiate sports, the sports marketing company started to increase its presence in the esports space. It continues this fall with the launch of the “Mid-American Madden Challenge,” which is done in partnership between Learfield IMG College and Mainline, an esports tournament operator provider.

Despite the nascent nature of esports in the collegiate space, Rob Schneider, chief content, development and strategy officer at Learfield IMG College, says that the schools with close ties to the companies are increasingly acknowledging the importance of the sport.

“The learning curve has definitely been large, but I think the most encouraging thing is that everyone has been willing to lean in,” he said. “The schools, the athletic departments, obviously our teams and our partners have all really leaned into this opportunity because the demand is there.”

Beginning on Oct. 12, individual qualifying events will be open to all students across the 10-school conference. Participants will be competing on Madden NFL 20 on Xbox One, with a winner from each member institution advancing to the championship alongside six wildcards. The Challenge Championship games will be called by the play-by-play broadcasters associated with these schools and will be streamed on Twitch.

One of the schools that will be taking part in the “Mid-American Madden Challenge” is Ball State University, which in June announced that it would be creating an official varsity esports team that will be competing in both Overwatch and League of Legends. It joined 12 members of the MAC during the start of the 2020-2021 fall semester in the newly created independent Esports Collegiate Conference.

With esports becoming an official varsity sport, Alex Kartman, director of sports production for Ball State Sports Link and Esports, says that the new affiliation adds to the university’s growing embrace of it. While neither of its varsity sports will be competing in the “Mid-American Madden Challenge,” it will instead involve a 500 member-plus Madden esports club on campus.

“Student success is where we elevate and where we measure what success is to the program,” Kartman said. “Wins and losses we hope will come, but we want to create an environment where there’s inclusivity, where everyone feels valued and that they feel connected to the university.”

The “Mid-American Madden Challenge” is the latest instance of Learfield IMG College recognizing the power of esports. Prior to the MAC tournament, it collaborated with Mainline on the “2020 Fall Madden Challenge.” Involving New Mexico State and the 10 associated members of the Mountain West Conference, the event began with individual qualifying tournaments on Sept. 21 in the same format as its successor.

Learfield IMG College declined to comment on the success of the “2020 Fall Madden Challenge” event.

While the COVID-19 outbreak has not been kind to college sports, Schneider sees the ability for the company to lean into its esports expansion as one silver lining in this otherwise challenging period.

“It’s really opened up the entire ecosystem to innovation in a way that would be more challenging if it was business-as-usual times,” Schneider said. “There’s just been a willingness at all levels … to engage with college athletics in a different way. The situation they had allowed us to push some of these initiatives that we had been thinking about and talking about for awhile, but with a level of aggressiveness that would have, frankly, been more challenging if the season had not been interrupted.”

It began in July by partnering with the Big 12 Conference to host the first-ever “Big 12 Madden Summer Challenge” esports competition. One winner from each of the conference’s 12 member schools advanced to the Big 12 Conference Championships, which was streamed live on ESPN+’s Big 12 Now.

Not only did the online-only event attract interest from ESPN+ — it garnered several big-name sponsors. Learfield IMG College’s local multimedia rights property teams were able to provide presenting sponsors, including brands like H-E-B, Kansas Lottery, Papa John’s and Dr. Pepper, among others.

While collegiate esports is still in its relative infancy, the “Big 12 Madden Summer Challenge” proved to generate interest in an otherwise quiet part of the sports calendar. Data from Learfield IMG College shows that the six-day tournament — which ran from July 14 to 19 — drew nearly 72,300 total unique views with people watching for more than 1.8 million minutes.

Seeing the numbers from the “Big 12 Madden Summer Challenge” made Toby Wyman, chief growth officer at Mainline, realize the potential of lasting relationships with properties like Learfield IMG College and the Big 12.

“Especially for something like [the ‘Big 12 Madden Summer Challenge’], the Big 12 kind of engaged with esports for the first time as a conference. Overall, it solidified — I think — what we all thought: that we can continue to build together and create opportunities that lie ahead.”

As it continues to build out its collegiate portfolio, esports still has to contend with the biggest sport in the college space: football. There are more than 170 schools listed in the online directory for the National Association of Collegiate Esports, an American collegiate esports organization. Of those member institutions, only three are a part of the Power 5 conferences: Kansas, Missouri, and Utah.

Even with the success alongside Learfield IMG College on the “Big 12 Madden Summer Challenge,” Bob Burda, senior associate commissioner of communications at the Big 12, says that there are currently no short-term plans to host esports events — both on a conference and school level.

“I know, for the most part, that our athletics directors and their sport teams have been pretty much laser focused on trying to get the fall sports season off the ground, particularly football,” Burda said. 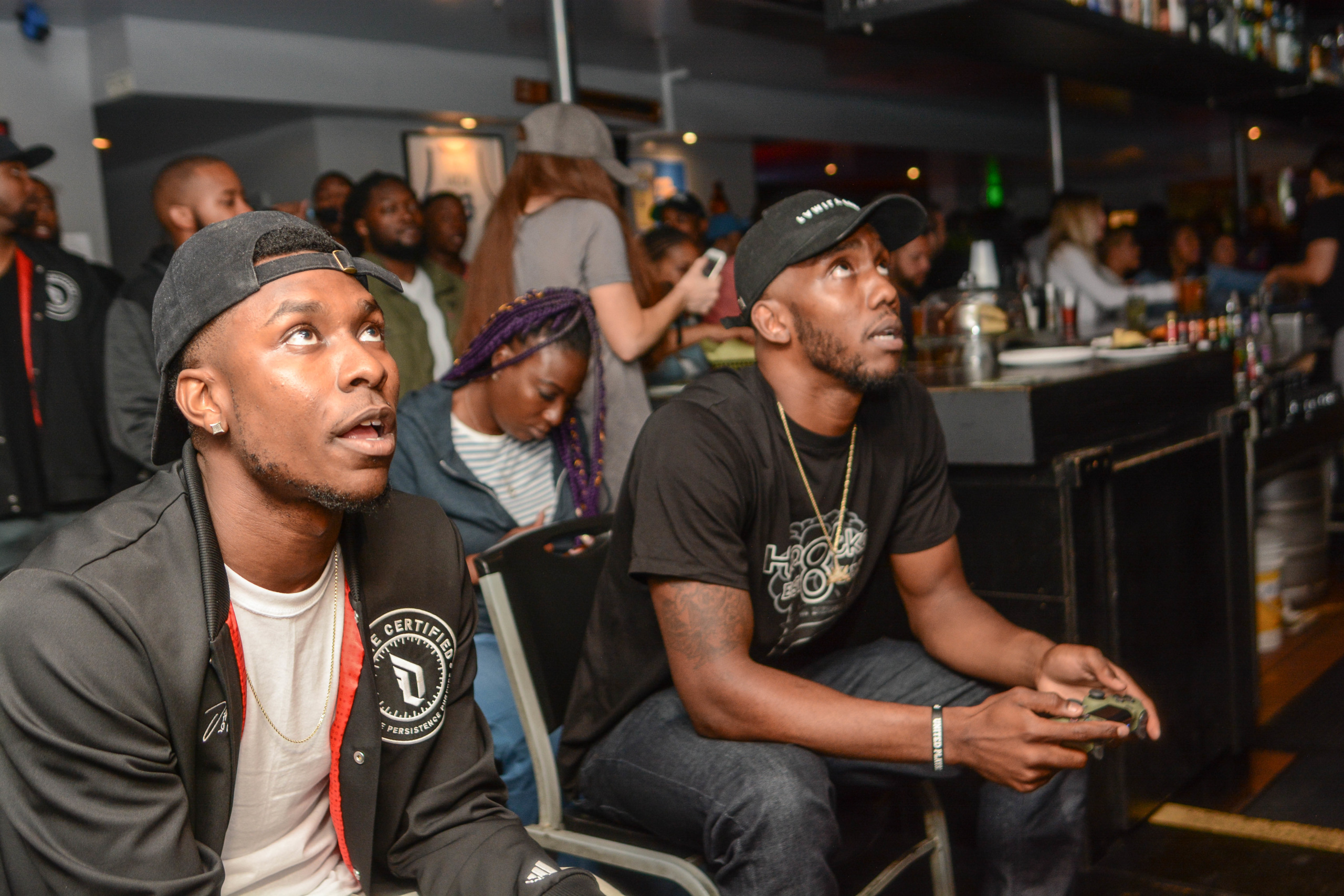 As esports tries to stake its claim as a serious property in college sports, the future of its place in a space dominated by basketball and football is still largely uncertain. If it were to try and bridge that gap, Schneider believes that it will have to learn to work with those longtime powerhouses to further its growth in the college sports landscape.

“We had our play-by-play talent come in and actually called those games, and just seeing their interaction was something that was pretty unique and interesting,” Schneider said. “These are folks that are colleagues that have known each other for decades, but usually they’re sitting completely on opposite sides of the field, calling the games for their respective teams here. They were actually able to call the games together. It was really a great experience between the traditional world and the digital world. I think that’s going to be key to the success of esports in college — finding that common ground between traditional sports and esports.”

Smith-Schuster is an active user of Twitch, where he has more than 184,000 followers.

Gaming phenom Ninjja has said he’s looking to expand into doing “literally anything and everything Hollywood.” 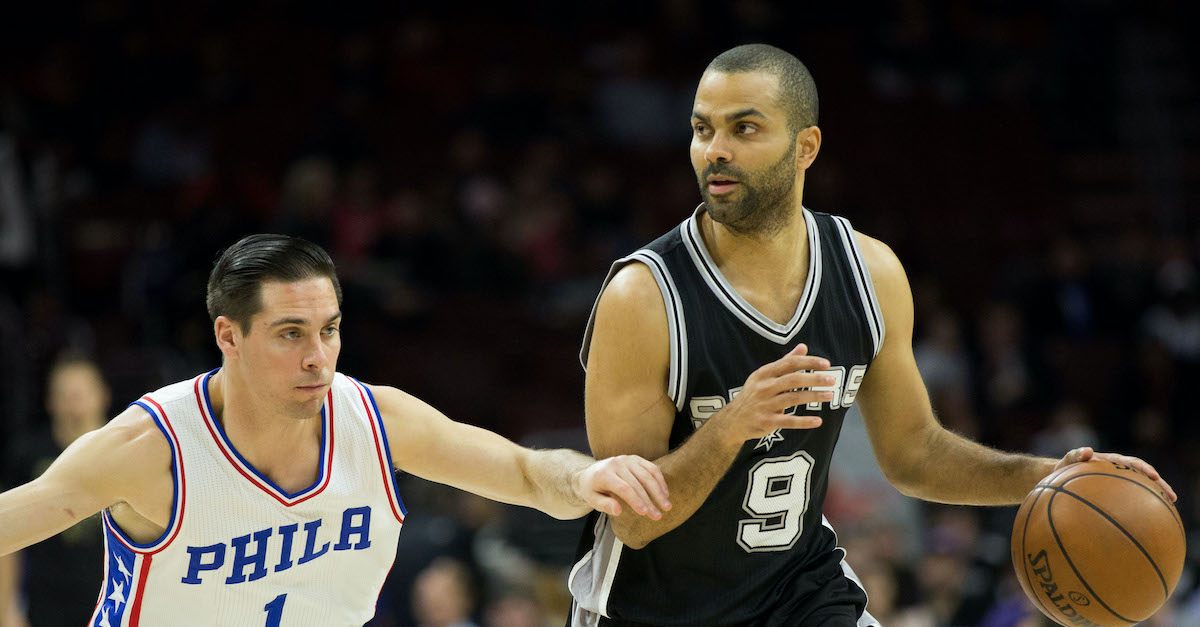 As Tony Parker settles into his retirement from the NBA, he’s diving into esports and taking on an ambassador role for an esports World Cup.