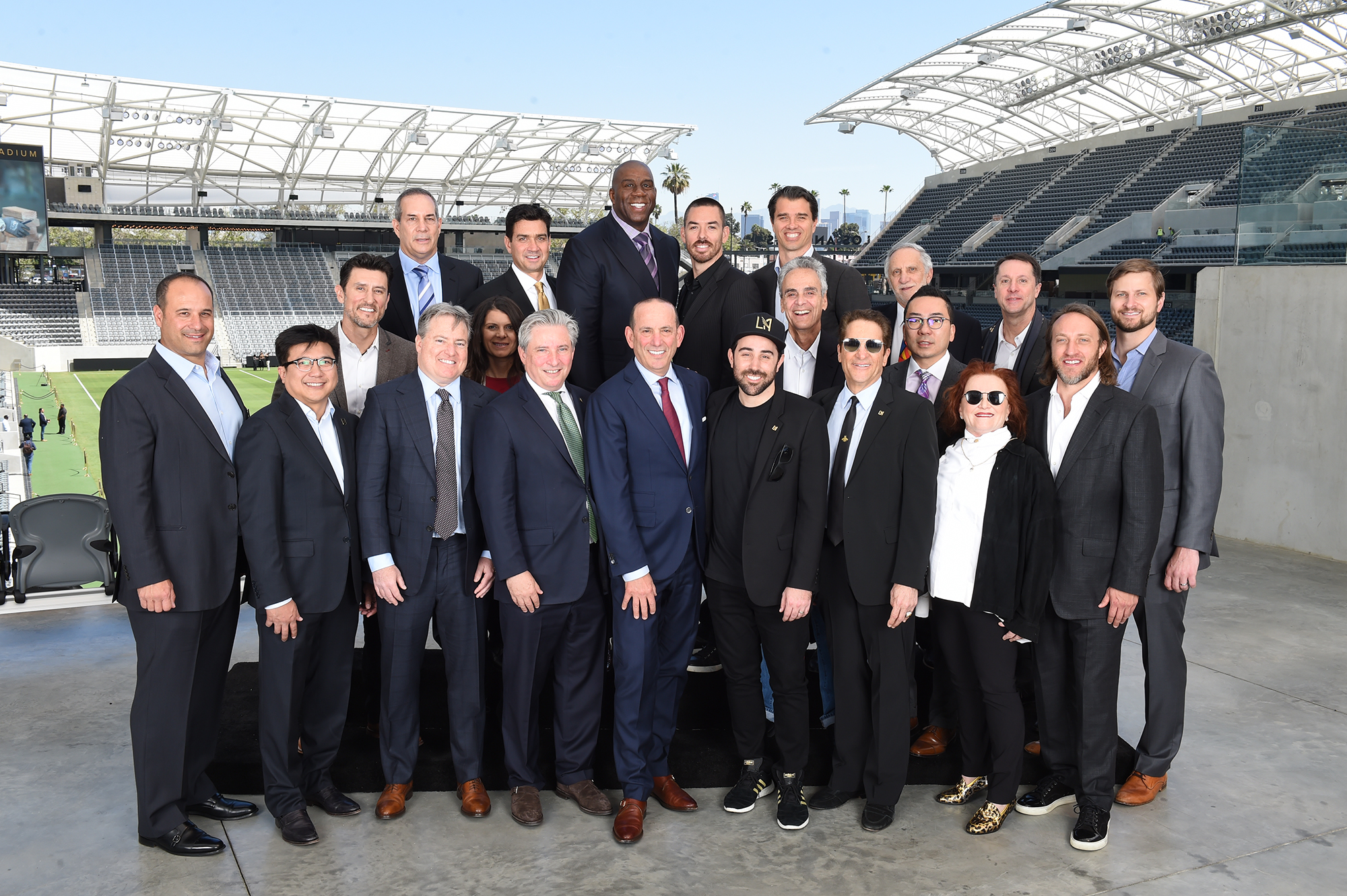 The Los Angeles Football Club (LAFC) made history once again, “unwrapping” for the city and world the new, state-of-the-art Banc of California Stadium at an event on April 18th.

Together with supporters, city and county leaders and representatives from Major League Soccer, LAFC owners spoke to the L.A. community.

In addition to the 22,000-seat stadium, the project includes a district that will serve as a sport, entertainment, civic and cultural landmark for Los Angeles, featuring a large public plaza, restaurants, LAFC retail store and a conference and events center that will be active 365-days of the year.

“Los Angeles is where championship dreams blossom into iconic superstars and legendary teams. That journey begins today for LAFC,” said Los Angeles Mayor Eric Garcetti. “I’m proud to welcome our new team to this spectacular new stadium, where Angelenos can be a part of the next chapter in MLS history.” “It is an honor to unveil this world-class stadium to the Los Angeles community,” said LAFC lead managing owner Larry Berg. “This project is not only about providing our fans and supporters a state-of-the-art venue to watch soccer in the heart of Los Angeles, but this is about our Club’s commitment to investing in and elevating our entire city.”

“It’s been incredibly exciting for me and my constituents to drive past Expo Park and see this marvelous soccer stadium rise from the rubble,” said Councilman Curren Price, who represents District 9 that includes Banc of California Stadium and other major developments and investments in the area. “This is a defining moment in the history of South Los Angeles, and now it’s finally here. Banc of California Stadium will be a critical piece of the local economy and is a representation of the promising future of our community.” Banc of California Stadium will host a variety of community, entertainment and cultural events in addition to soccer matches. In 2028, the stadium is slated to serve as a participating site in the Los Angeles Olympics.

“I am honored to support and celebrate LAFC’s commitment to Los Angeles,” said Supervisor Mark Ridley-Thomas, a member of the LA Coliseum Commission. “This magnificent Banc of California Stadium will do more than provide a new state-of-the-art place to play soccer, it will bring thousands of jobs and economic opportunity to the surrounding community and beyond, furthering the transformation already taking place in this region.”

The stadium took a total of 20 months of construction, and produced over 3,000 total jobs, with 40% of those locally hired workers from the surrounding community.

“Thank you to the hundreds of workers who spent countless hours, seven days a week to ensure our new LAFC home was completed,” said LAFC co-owner Earvin “Magic” Johnson. “Now we have a state-of-the-art stadium for our amazing fans in South Los Angeles as the first step to building a winning franchise. These are exciting times for MLS expansion in Los Angeles.” Never one to shy away from guarantees, Magic provided the golden touch.

“Just like we were able to turn the Lakers into a championship team, we are going to do the same thing with this great soccer team. We will be champions one day,” Johnson proclaimed.