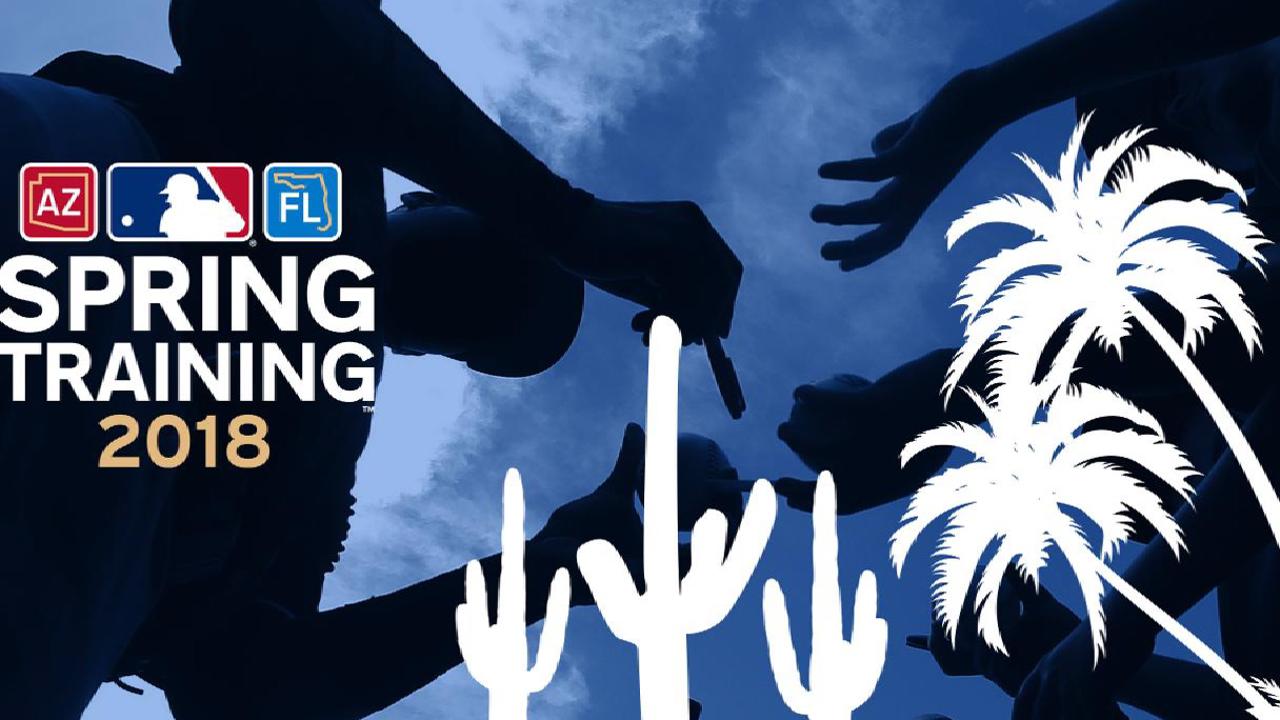 May we present to you, the first sign of spring…
HAPPY #TRUCKDAY!🚛 pic.twitter.com/3ib5lsch8T

Usually, as anticipated and celebrated by those in baseball as the unveiling of the Hess Truck commercial signaling the start of the holiday season, MLB Truck Day is much more somber this year. (For those unfamiliar, “truck day” is the marketing campaign teams have created around packing up their equipment and making the trek south for the start of Spring Training). It’s designed to generate enthusiasm and buzz for the upcoming season…except not this year.

Instead of that traditional excitement and joy, the last few days have been clouded by contention and animosity among the Players Association, their agents, owners, and even fans of the game. At an estimated $10 billion dollars, league revenues have risen steadily to record highs, yet team payrolls and player salaries are falling this offseason for the first time since 2009. That has players and fans crying foul; haranguing owners they see as working to generate a profit for themselves at the expense of paying talented players what they’re worth and fielding competitive teams.

In place of the typical talk of “hope springing eternal” and optimism throughout the league are harsh accusations of “tanking,” “collusion,” and greedy owners tearing apart the fabric of the game. Murmurs haven’t been about new teammates or World Series expectations; the news has been soaked with thinly veiled threats from players and their agents about potential retribution and/or striking because of their outrage.

Now, I’m not one to side with the powerful rich (although in this case, it’s really a matter of choosing between the millionaires and the billionaires…) but enough with the vilification of the teams and the owners! The players did this to themselves. Good, bad, or indifferent, it’s simply the reality of the situation. The Players Association signed off on the most recent Collective Bargaining Agreement in 2017 that set this system up. They were more focused on “creature comforts,” like better travel conditions and extra off days instead of paying attention to the financial issues affecting the economic structure of the game. As Oakland Athletic Brandon Moss astutely noted, owners are just responding to a situation that “we [the players] created ourselves.” In an interview with MLB Network, Moss candidly admitted “We put things that are of less value to the forefront. I just feel like we’re starting to have to walk a little bit of a tightrope that we’ve created for ourselves.”

Dodgers ace Clayton Kershaw echoed the sentiment, responding to a question about the free agency stalemate going on by saying, “More than anything, it’s just the way the market is going right now…everybody talks about the CBT (Competitive Balance Tax)…maybe that’s on the players’ association for what we agreed to.” Put simply, players dropped the ball. Intended or not, the new CBA has incentivized owners to curtail their spending and stay under the Luxury Tax Threshold ($197 million), lest they go over and get hit with the harsher penalties included in the new agreement. Teams now stand to lose draft picks and international signing money, as well as face a much steeper tax on their payroll every year they exceed the threshold.

Yet owners have continued to bear the brunt of criticism for this slow offseason, getting chastised for what is their otherwise innocuous, rational reaction to the rules established by the new Collective Bargaining Agreement. Teams have been harangued for their lack of spending; accused of everything from colluding to being destructively parsimonious and leaving highly qualified players out in the cold merely because they’re cheap and greedy.

Players, agents, and union director Tony Clark have expressed outrage at the number of talented players unsigned, calling the lack of big-money offers to players a “destructive cancer;” saying that “the record number of talented free agents remaining unemployed in an industry where revenues and franchise values are at record highs…is a fundamental breach of trust between the team…that threatens the integrity of the game.”

As Rob Manfred pointed out, what these accusations fail to take into account is that many players do, in fact, have offers on the table; they just aren’t as high as originally expected. Eric Hosmer, J.D. Martinez, and others remain unsigned because they and their agents are not adapting to the realities of the market, which is essentially what free agency is. As financial analysts love to say, it’s merely a “course correction” reflecting the changing demands of teams in the game.

Interestingly, most fans and media have come out in support of the players, furious at teams and their owners for letting their star players sign elsewhere, breaking up what had been competitive rosters filled with fan-favorite athletes. It’s all the owners’ fault for letting their greed break up the team. But wait a minute…what about the players’ role in these negotiations?

Part of it is on the players for pricing themselves out of certain markets, a la Eric Hosmer of the Royals, Andrew McCutchen of the Pirates, and most of the Tampa Bay Rays. There are comfortable contract offers out there from the hometown teams, but players go elsewhere chasing the money.

That’s not to say it’s wrong of the players to want their full value, or advocating for them to selflessly accept “hometown discounts;” it’s merely an acknowledgment that both parties bear some responsibility. Aging players overprice themselves, leaving franchises with two choices: waste money and sign ineffective players, or make smarter business and roster decisions by focusing on younger, less expensive players with more of an upside. As with any business decision or investment, it’s all about ROI.

So we’re left with this: Spring Training report dates right around the corner, with upwards of 90 free agents still not sure where they’re going. That’s why the Players’ Association has decided to stage a makeshift “spring training,” at the IMG facility in Bradenton, Florida for what is essentially a very talented “31st” team of unsigned players lingering out there. Wonder if that’s an open invitation to head down and find a role on the “team…” I don’t have a contract either…that mean I can be their broadcaster or batboy? “If You Build It, They Will Come…” (Photo: Variety.com)