My Other Passion Podcast: Will Blackmon Joins Us for Episode 6
Listen Now
General, Uncategorized 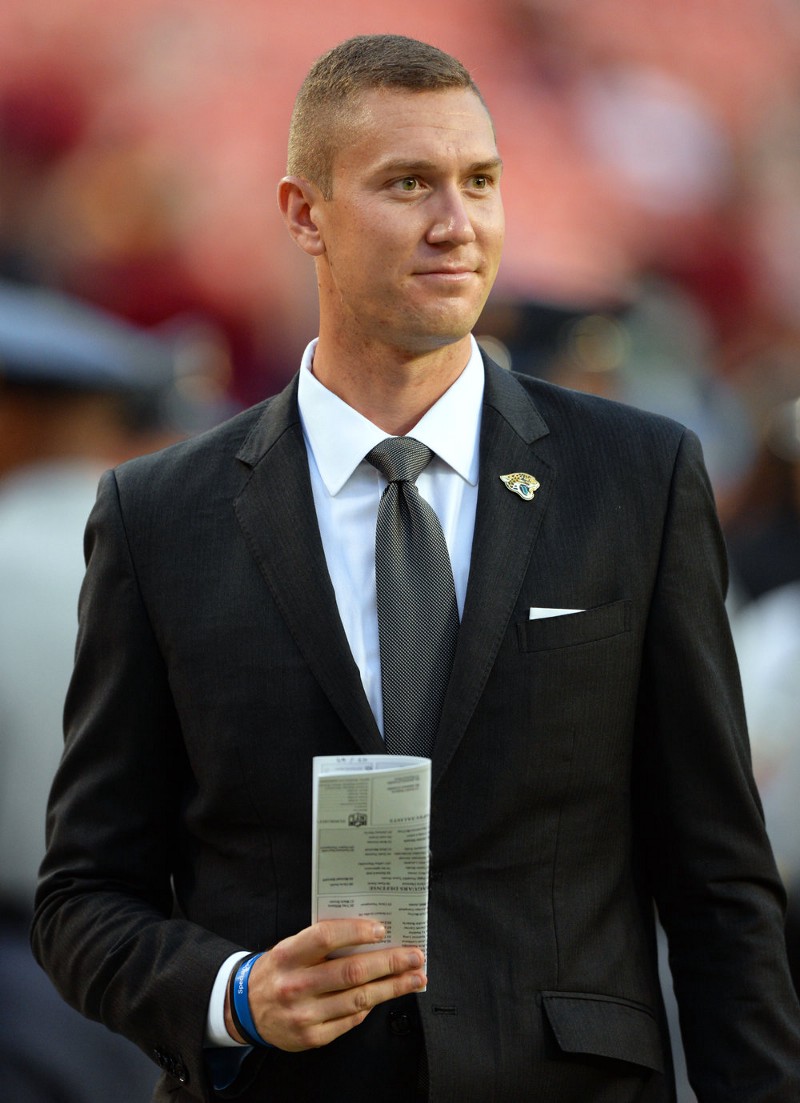 This interview is presented to you by the University of Nebraska — Lincoln Master of Arts in Business with a Specialization in Intercollegiate Athletics Administration.

When you think of someone who is great at what they do, a person the likes of Tad Dickman tends to come to mind. Dickman, the senior manager of public relations for the Jacksonville Jaguars is a graduate of the University of Mary Washington where he spent his college years as a basketball student-athlete. He has experience working for the NBL, DC United, New York Giants, and has worked at each Super Bowl since 2013. Dickman was kind enough to take us through his journey of hard work, character development, and how his department gives fans access to the Jaguars.

As a former student-athlete, Dickman’s journey started on the court.

“I wouldn’t trade my experience as a student-athlete for anything. It defined my character by establishing a work ethic and an appreciation for teamwork that I’ve carried with me into my career.”

Dickman knew he wouldn’t be going pro and found his first internship on his way to basketball practice.

“I was walking to practice through a study abroad fair, and a recruiter asked me about my basketball sweatshirt. He told me about an athletic training internship in Australia. I knew that field in particular wasn’t my passion, but that initial conversation sparked an interest in me and lead to another opportunity in Australia. That was the first step to where I am today.”

Dickman secured a media marketing internship with the National Basketball League (NBL) Office in Sydney, Australia during the summer before his senior year. During this time, he committed to public relations as a career.

“I had just declared as a business major a year ago and thought I wanted to pursue marketing full-time, but having the opportunity to interview players, coaches and front office personnel, and write stories and create content, I just became really intrigued by it.”

There were a number of differences between his experiences in Australia compared to American sports.

“The NBL was not one of the primary sports in the country. Above the NBL were two different rugby leagues and Australian Rules Football. Even the soccer league was more popular. We fought for coverage on a daily basis, and had to think beyond traditional journalism. I really enjoyed finding imaginative ways to find new fans. The job was a constant challenge, but I had the opportunity to work with some incredible people who really pushed me.”

An appreciation for international audiences has carried over into Dickman’s current role. The NFL International Series launched in 2007, and since 2012, the Jaguars have committed to playing a game at Wembley Stadium in London through 2020.

“It’s fascinating to watch a culture embrace not only a new team, but an entirely new sport. Every year we return, there are more Jaguars jerseys and British fans who are knowledgeable about the game. It’s been fun to see that progression over four years.”

After his summer internship in Australia, Dickman worked with his university’s sports information director, Clint Often, creating programs to help his own athletic department. Dickman helped establish the athletic department’s social media channels as a way for people to stay up-to-date with the school’s teams.

“Instead of sitting back and waiting, I was taking risks on my own in an effort to understand how people used the information and what approaches were most effective.”

One of Dickman’s events helped him secure his first post-graduation internship.

“We set up a college night with our local MLS team, DC United, which allowed me to interact with the team’s staff and secure my first internship. I graduated college on May 7, and started work there two days later.”

Dickman earned a new appreciation for the workload of a small sports franchise during his time with DC United.

“It’s drastically different from the NFL. Every person wears three or four hats, and everything they are able to accomplish is pretty incredible. That was my first time assuming a full time workload in an organization and it set the standard for what I considered normal. I helped with marketing, ticket sales, sponsorships and even pregame setup and postgame cleanup. I enjoyed multitasking. It gives you a chance to learn everyone’s role and gain an appreciation for how individual contributions lead to organizational success.”

Following his time with DC United, he got an opportunity to intern with the New York Giants for the 2012 season.

“The team was coming off of a Super Bowl victory, so there was a large contingent of media day-in and day-out. It was very different from DC United. I really feel that year of experience working alongside established PR professionals in the NFL prepared me for the opportunities to come.”

Dickman used his connections with the Giants to volunteer at larger NFL events, such as the Super Bowl and the NFL Combine. He has worked every Super Bowl since 2013.

“My first couple of years, I did everything on my own dime. I approached it like a 10-day job interview. I knew I would be around major players in my industry that had the power to hire. If I put in the hours, I would have the opportunity to take my career to the next level and secure something full time.”

Dickman thinks that young professionals and interns should have great character, above all, and has sought that quality in hiring for positions in his department.

“As a staff, we are going to be in the trenches putting in long hours, so I must be able to trust you, and vice-versa. We are in this together and I need to know you are accountable. More importantly, I want someone who is not afraid to call me out, too, if I’m not bringing it. It’s got to be both ways, but that’s where you grow closer and learn to understand how one another work at the highest efficiency.”

In terms of how to get your foot in the door, Dickman’s advice was pretty simple.

“How bad do you want it, and how are you going to differentiate yourself? So many people want to be in your position. You have to stand out by being yourself and showing your personality.”

Dickman spoke highly about the importance of relationships in traveling his career path.

“Working in PR, everyone knows how important it is to have that relationship externally with the media, but I think it’s just as important to have great relationships internally. As communicators, we have to build trust with coaches, the equipment staff, the GM and the players. We have to be on the same page with our events crew and our sales and marketing teams. I think that’s overlooked. The relationships inside the building are also extremely important.”

When speaking about the larger strategy of his staff, Dickman spoke about access and social media.

“Social media platforms play a major role because we are telling our story, but something equally important is access. How can we find ways to get our fans more access? We do a lot of live look-ins and Twitter takeovers. We give the fans a chance to be a part of the team. We want them to be around the players, get to know them and their families off the field and learn about their charitable initiatives. That’s the benefit that social media provides. It shortens that gap and gives fans a chance to be a part of the experience. It also goes both ways, as it gives the players a chance to interact with their fans. Those are very memorable encounters. It’s our jobs as PR professionals to steer those guys in the right way and make sure the opportunities are there to increase engagement.”

As far as new platforms, Dickman feels it’s important to be flexible and ready to capitalize.

“No matter the next big platform, it’s our job to stay on top of it and use it to fit our communication strategy. It’s our goal to promote access for our fans above all else. We can explore different ways to grant that behind-the-scenes look at our players thanks to our digital media and video teams. Whether that’s a ride-along with a new free agent signee or a microphone on a player at camp, it’s our job to seek out creative avenues that fans wouldn’t have access to on a regular basis.”

For advice, Dickman focused on a few things for young professionals entering the industry.

“Always be the hardest worker and let your work do the talking. I watch what my peers are doing and how they respond to situations. That’s how I formulate our plans; it gives us the opportunity to do a test run. But that’s the great thing about sports: there’s no handbook on how to do this. You have to create your own path and carve out your own niche. Everybody has a story and people come from so many different backgrounds, ultimately with the same goal. Be honest and genuine. Be responsive, whether it’s positive or negative, and get work done as efficiently as possible.”

Dickman also knows the importance of reaching out to others in the industry.

“I’ve found that some of the most inspiring and career-altering advice comes from impromptu conversations. When you get a few minutes of someone’s time, you never know what information they can share or with whom they are in touch. No networking opportunity is too small. I know I always try and give others that time of day because I know how important that is.”