How NASCAR is Using Twitter to Drive Engagement During the Playoffs 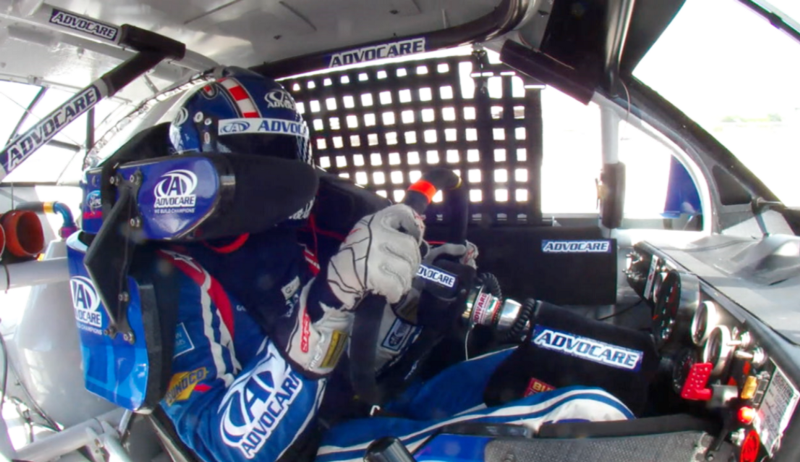 Are you on Twitter? Chances are, you answered ‘yes’ to that question. Organizations and sanctioning bodies know you are, and have used social media to their advantage, especially NASCAR with its recent debut of in-car cameras for the 10 race playoffs.

“Through the in-car camera live stream on Twitter, our fans will have another compelling vantage point of the NASCAR Playoffs, where the energy and intensity of stage racing will be elevated to a whole new level,” said Steve Phelps, NASCAR’s executive vice president and chief global sales and marketing officer.

As of August, Twitter has 328 million active users and 500 million tweets are sent per day. Off those 328 million users, roughly 1/3 of them log on daily. NASCAR knows that Twitter is a huge benefit for the sport, especially since nearly 40 percent of users fall into the 18–29 age range.

For the playoffs, each of 10 Monster Energy NASCAR Cup Series (MENCS) races can be viewed from the unique perspective, making fans feel like they are actually in the driver’s seat. There’s no charge to watch the races from the angle and ride along with a driver in real time.

Toyota driver Martin Truex Jr. was featured the as in-car camera for race one. Truex Jr. went on to win the event at Chicagoland Speedway, defending his win from the summer 2016.

What’s awesome is that users don’t even need to be logged in to view the in-car camera feed. The feed is available on both the NASCAR Twitter feed (@NASCAR) and NASCAR.twitter.com.

Sports fans are always wanting behind the scenes access and NASCAR is giving it to them on Twitter. Rather than a behind the scenes look before or after a race, NASCAR is providing fans with the ultimate viewing experience during a race. Ride along with a driver for a full race — all from the comfort of your home. What’s better than that?

“To provide this level of access on Twitter throughout the 10-week playoffs is a fantastic way to complement the viewing experience on NBC Sports and the NBC Sports app,” noted Phelps.

As fans watch the feed, they’ll have the ability to chat with other race fans who are also viewing.

“NASCAR continues to innovate on Twitter, a place where their passionate fans discuss what’s happening before, during and after every race,” Twitter COO Anthony Noto said. “Chat with race fans all while watching (albeit virtually) from the cockpit of a 3,300-pound stock car.”

There is not much better exclusive access than what NASCAR is offering.

This deal with NASCAR comes after Twitter lost its streaming rights for Thursday Night Football (NFL) to Amazon. The company has been fighting for sports rights as many individuals transition away from cable and to different viewing mediums, including social media.

“Our new collaboration will offer NASCAR fans a unique live stream perspective for the 2017 playoffs alongside the real-time Twitter conversation,” said Noto.

NASCAR also tapped into Twitter with the use of emojis for the 16 playoff drivers and a new hashtag #NASCARPlayoffs. The emojis for each hashtag allow users to basically search a keyword and see what other users are have tweeted with the same hashtag.

In week one of the playoffs, as NASCAR tried to move away from its traditional “Chase for the Cup” mantra, use of #NASCARPlayoffs compared to #TheChase (used in 2016) was down 35 percent. Things picked up in week two, with the hashtag usage increasing by 19 percent. NASCAR is still trying to transition to its new slogan, but the change from week one to week two was enormous — in a good way.

Ride along with a NASCAR driver each Sunday for the remainder of the season and discuss the playoffs using #NASCARPlayoffs. This Sunday, October 8, the Monster Energy NASCAR Cup Series hits the track at Charlotte Motor Speedway for a 2 p.m. EST/11 a.m. PST start.