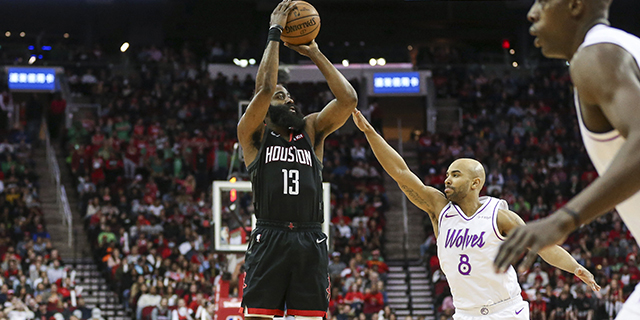 Zion Williamson has been the talk of the college basketball season, his Duke Blue Devils are the favorites to win the NCAA Tournament, and his freakish athleticism has NBA lottery teams leaking their chops.

But talents like Williamson could soon enjoy other avenues to the NBA beyond one season in college basketball, according to a panel at South by Southwest. For that matter, the next Zion Williamson may not even go through high school same way.

The juiciest idea includes possibly re-opening the pathway for high school players to turn pro out of high school in a move that would have massive ramifications on business in both sports.

READ MORE: Jennifer Azzi Is Growing the Game of Basketball All Over the World

“One-and-done isn’t great for college and not good for the NBA,” said San Antonio Spurs General Manager RC Buford. “We make them pretend to be college students for a year. No one is winning. I don’t know what the right answer is.

“We have to do a better job for development environment around basketball across platforms.”

The eventual solution may not be a one-size-fits-all option. Anything from college to wider overseas leagues to recent expansion in the G-League could be a viable professional pathway irrespective of the one-and-done rule’s future.

The real choice forks in the road might lie in how future generations are trained. Former two-time NBA champion forward Chris Bosh suggested the development of players in the U.S. should shift from the constant tournament scheduled of AAU basketball. Buford, meanwhile, hoped USA Basketball’s development efforts continue its current evolution toward the programs of USA Baseball and Softball and USA Volleyball with full-time academies aimed at the athlete’s development.

As basketball — and, as a result, the NBA — continues its global expansion, international developmental programs will be crucial to the success of the league. According to Becky Bonner, Orlando Magic director of player development and quality control coach, basketball is already beginning to take cues from soccer and baseball pipelines by setting up academies

“It’s opening up opportunities for kids globally,” Bonner said. “Find the best players outside the U.S. and giving them a pathway to the NBA..”

Buford said there will be opportunities in China, India and all of Africa and with the help of elite NBA academy coaching the game is elevated across the globe.

“It doesn’t take a whole lot of success; one player from India or China to excel to the point to our league to generate enough interest to play for decades of academy programming,” Buford said.

Not only that, it takes less than ever to find them. According to Bonner, modern scouting and player personnel developments have so many tools at their disposal that “if you’re in Fiji on the beach and you’re the best player, we’ll find you.”

Along those same lines, as NBA games and highlights continue to increase in global distribution, youth players will continue to emulate their favorite players, which will further shape the game’s visual aesthetics for years to come. Bosh expects the game will likely continue trending toward deeper shots as players like Steph Curry and James Harden launch from further and further beyond the arc, with Trae Young being the first derivative of Curry’s game. It’s a modern twist on the influx of tall athletic swingmen like Kobe Bryant who came of age watching Michael Jordan in the ‘90s.

“Kids are just always keeping up with the game,” Bosh says. “When you’re looking at a big now, if he can make a three, that’s a great skill to have. If he can’t, you’ll see that development.”

“Right now, I would handle the ball more, play more like a guard. They control the game.”

Buford said it’s the latest step in a 15-year evolution from brutal low-post banging to a faster and more elegant style, one which is more aesthetically pleasing and approachable to current fans and future consumers.

“We’ve gone from an enforcer to finesse game,” Buford said. “It’s a different game. Our game is prettier and a better product when we don’t have to play [physical].”