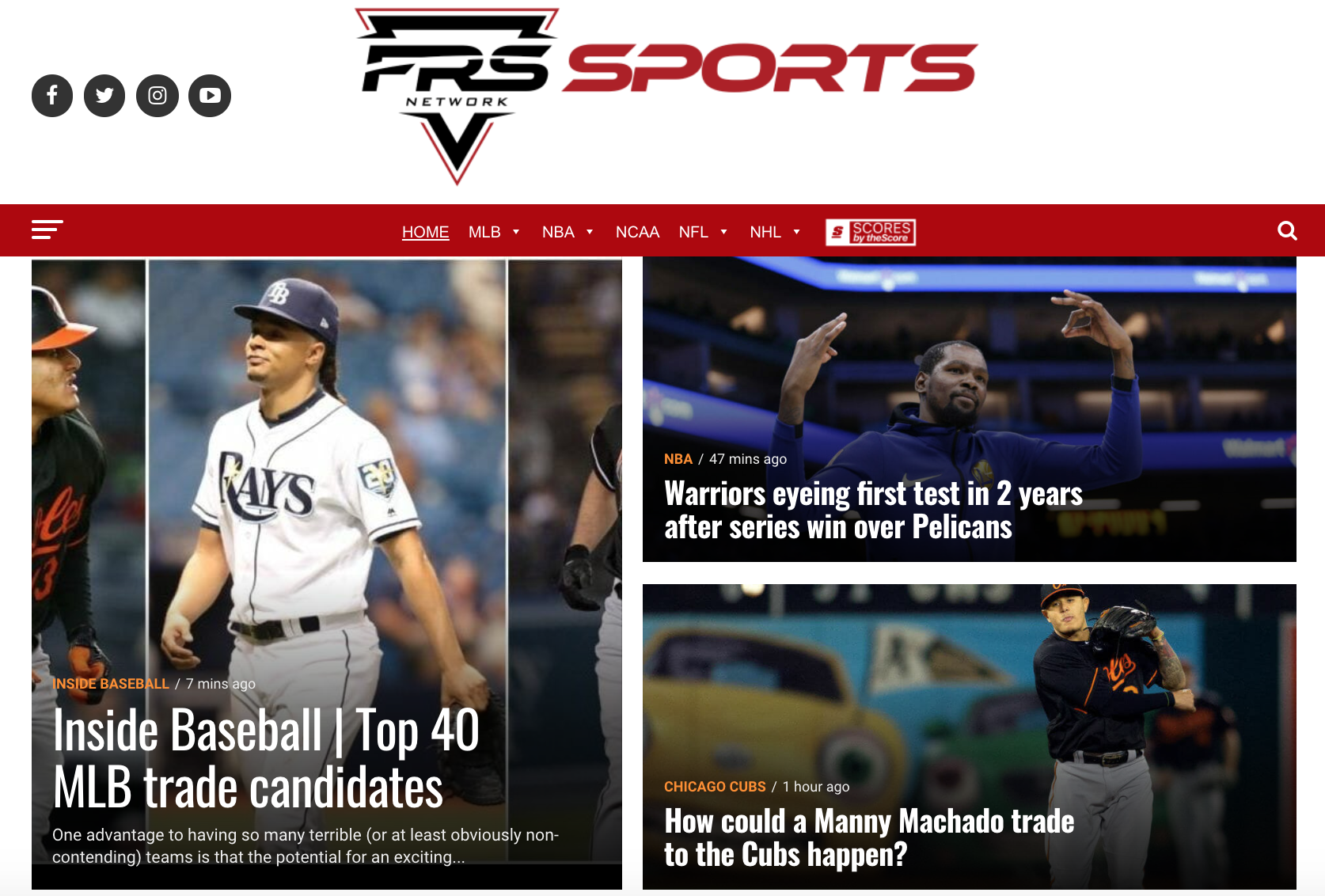 In an era of clickbait journalism and a race to the bottom when it comes to CPMs, FRS Sports Network is doubling down on a commitment to quality journalism behind the likes of Jon Heyman, Jon Rothstein, and Zach Harper.

Never heard of FRS Sports Network? Well, that’s okay, you’re probably not alone. FRS Sports Network is the evolution of FanRag Sports after the company decided it needed to head in a new direction under its new leadership after seeing itself grow from a small blog to a nationally recognized name in the sports media world.

“The name ‘FanRag’ was always a point of contention. As a site that produces quality content and quality journalism, having the words ‘fan’ and ‘rag’ in your name didn’t really exude journalistic excellence.”

Eisner, who has been with the company since 2014, has seen the different iterations of the brand and the evolution of the company, helping the brand pivot multiple times to where it finds itself today.

The biggest boost the brand got was when they were able to bring on Jon Heyman after he parted ways with CBS.

“We reached out to Heyman originally when he left CBS. At the time, he wasn’t interested in writing anywhere. A couple of months went by and he wrote an article that he published in full on his own Facebook page. At that point, we reached out again and let him know we were still interested and he took us up on a meeting.” During that meeting, former director of content Tommy Stokke, Eisner and the FRS team were able to sell Heyman on their commitment to paying writers and quality content. Heyman took the sell and has been breaking news for the company ever since.

“He was really sold on our mission to create quality content and produce quality journalism and that all of our writers were paid,” said Eisner. “Bringing him on board launched us to a new level. It was the justifier for us. He gave us credibility. He made it okay to read FanRag Sports.”

As part of the launch of the new FRS Sports Network brand, the company also announced a multi-dimensional partnership with theScore that will see their content prominently featured in theScore’s app, a partnership that Eisner sees as beneficial for all parties involved.

“The Score has the ability, as they did on Thursday, to grab content from Jon Heyman and fill out their in-app MLB section with content people are interested in. To make their app as comprehensive as possible, it makes sense for them to partner with us to have that content. For us, it allows us to grab the high-quality features theScore produces and share them on our platforms. It is a win-win for everyone involved.”

For any company, rebranding can be a massive undertaking that, if not done well, can alienate core customers. Luckily for FRS Sports Network, everything they did was well received across all of their platforms. “From a social standpoint, it was overwhelmingly positive because putting the word fan and rag together has never really set well from a branding standpoint when you are trying to push out credible journalism,” said Paige Dimakos, Video Host & Director of Social Media. “From a branding standpoint, even just talking to people on social media, the logo has come across well and mostly an overwhelming understanding of why we did what we did.”

With any company, the next step after a rebrand usually involves diving deeper into how to continue to grow an audience and grow revenue. That’s where new CEO Craig Amazeen will have a lion share of the duty.

“The next year is all about guiding our content into the proper packaging. The content, the content packaging, and the niche content we are moving into is the next year,” said Amazeen. “Once we get past that, it becomes a technology and partner play. How do we evolve into all of the new areas of technology and also deliver high-level human talent, multi-faceted engagement, and traditional digital advertising opportunities for our partners.”

Only a week off of its facelift, the staff at FRS Sports Network sees a bright future ahead.

“I have always believed that talent wins,” said Amazeen. “For me, the most important thing is to see how talented the team at FRS is. It’s small, but it is very talented and that’s why we are going to succeed.”