My Other Passion Podcast: Will Blackmon Joins Us for Episode 6
Listen Now
General, Media 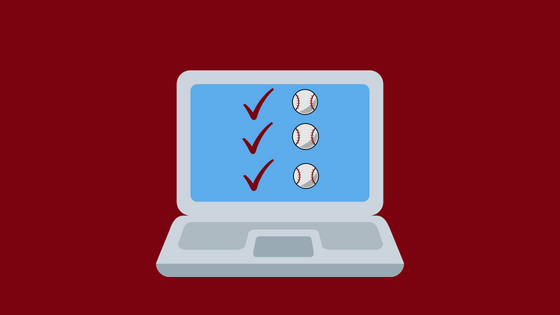 America’s Pastime sure has stepped into the future, as Major League Baseball has transitioned to an entirely digital and social system to conduct its annual MLB All-Star Game voting. The process, which typically begins toward the end of May and early June, has long allowed baseball fans to select their favorite players to be featured in the American League and National League teams’ starting lineups for the Midsummer Classic.

Most longtime baseball fans will look back at this transformation as yet another startling sign of how much the sports business has changed.

Not too long ago, the league would send actual paper ballots to all 30 ballparks — with the corresponding little “golf pencils” old-timers use to fill out their scorebooks — and fans would have to vote for their favorite all-star players by hand. You’d pick up a ballot (or several handfuls) before the game, between innings, and check the box beside the big leaguer at each position that you wanted to see compete in the big event.

Interestingly, this system of fan voting has not always been the case. In 1957, there was a bit of a ballot-stuffing scandal involving the Cincinnati Reds, which forced then-Commissioner Ford Frick step in to correct — and as a response, eliminated fan voting. The entire system was put on the players, managers, and coaches in the league.

After the league noticed a lack of fan interest in the following years, the MLB Promotion Corporation decided to reinstitute the fan balloting in 1970 as a way to “modernize the marketing of baseball.” Giving fans input was thought to be a big driver in restoring the popularity of the game.

The “modernization of marketing in baseball,” and for the game has certainly not stopped there. Toward the end of the ‘90s, baseball entered the “Digital Age,” giving fans a new option to vote online. Ballots were still sent out to the stadiums and widely available for all gameday fans, giving voters the option between “paper or plastic” (i.e. hand-ballot vs computer).

By 2001, this new internet voting was estimated to account for roughly 25 percent of all ballots cast, according to MLB Spokesman Pat Courtney in an interview with ESPN reporter Darren Rovell, and it only grew from there. In 2015, the league announced that their All-Star voting would be conducted strictly online. This radically altered the entire system, generating 22 times more votes to bring league totals up from the previous 27.4 million ballots cast to a whopping 620 million — just in the first year.

As an article in ESPN pointed out, “this combination of online ballots and a growing social media presence will change how teams interact with fans during the All-Star period,” and, boy, were they right.

MLB’s introduction of the “Final Vote,” concept in 2002 really paved the way for the change. The initiative gives fans the opportunity to select one final player to make the All-Star Team based on who did best in the voting, yet just missed making the starting squad after votes were tallied and official rosters were announced.

Since then, Major League Baseball, the teams, and players have gotten a lot more creative, waging full-fledged digital campaigns. As MLB Vice President of Marketing Barbara McHugh said to ESPN, “shifting voting over to online-only has created a lot of opportunities around the impact social media can have. There’s no shortage of creativity and that’s something that we really get excited about this time of year.”

Shifting to an entirely digital ballot revolutionized the entire system and radically altered how the league, teams, and its players are able to promote themselves and everything surrounding the annual All-Star Game. Online voting and the corresponding introduction of online “campaigns” via social media have opened up an entirely new world, giving the league and its partners instant access to — and the ability to interact with — a passionate, eager baseball fan base.

Teams and players now have the opportunity to fully engage with their “constituencies” via social media with up-to-the-minute campaigns. This social engagement has increased All-Star voting, and makes the entire experience surrounding the game much more robust and compelling.

Send your favorite #Nats to the @AllStarGame right here in DC!

“We try to showcase and capitalize on things that happen in the game, letting players tell the story and filtering people to the right place to vote,” Braves Senior Director of Marketing Greg Mize told ESPN.

ESPN and others have run through a few of the most creative interactions here: #AllStarGameFinalVote

For some, these clever, witty slogans and hashtags and enthusiasm generated by social campaigns have come to be just as fun and exciting as the actual All-Star Game itself, which is sure to generate plenty of social engagement and digital interaction among fans, players, teams and the league, as well.

That’s the name of the game in the sports business world today: standing out to command genuine and meaningful attention.