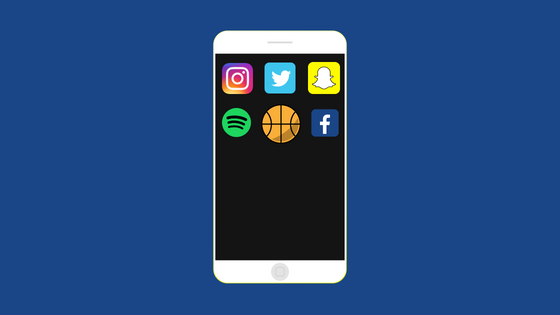 There’s nothing artificial about NEX Team Inc. and what the company is doing with its newest venture, leveraging the technology in the sports space, aside from the underlying technology itself.

Today NEX announced the official release of HomeCourt, a basketball training app that makes use of artificial intelligence to enable players to record, track, and chart their shots in real time much more effectively and efficiently. With the release also comes the news that the company recently received $4 million in funding from some pretty big names, with investors Steve Nash, Mark Cuban, Jeremy Lin, and Sam Hinkie eager to get involved with what they see as “groundbreaking, exciting technology.”

During a demo of the HomeCourt app, CEO David Lee and VP of Marketing and Partnerships Alex Wu explained their motivation for bringing this unique idea to market, saying, “we both play regularly, and love our sport. … We really just love good basketball, beautiful basketball, and want to do what we can to elevate the game on every level.”

While HomeCourt is its first foray into the AI-powered sports app training space, the team does not see itself and the underlying technology being confined strictly to the hardcourt.

As Wu pointed out, “we were very intentional about the name. We’re not just a basketball company, but a technology company entering the sports space.”

Yet as the saying goes, home is where the heart is, so as avid basketball fans, it makes sense that hoops is where Wu and Lee would start.

The app itself is quite impressive, with features that include giving athletes the ability to record, track and chart shots in real-time, analyze real-time feedback on makes and misses, review practice footage shot-by-shot and in slow motion, and perhaps most interestingly, share full workouts and videos with potential teams or coaches.

That would explain the adoption of most of the app’s early uses, which include the NBA’s Boston Celtics, a few college powerhouses such as Duke, Stanford, and Florida, and most eagerly, high school teams and individual kids that enjoy playing basketball and are excited about having a way to track their performance.

The NEX co-founders themselves see the HomeCourt app as an opportunity to improve the sport of basketball at every level, with investor Steve Nash, in particular, mentioning that he sees the app as an innovative way to “democratize the sport and bring advanced training insights to any player that wants to improve their game, anytime, anywhere.”

After all, you can’t improve what you can’t measure, and this enables basketball players of all walks to do just that accurately and effectively.

As Atlanta Hawks point guard and NEX Inc. investor Jeremy Lin noted, “HomeCourt provides the platform for players to start training smarter. Before, you would need a good friend or family member to chart and record. HomeCourt does all that and more. Not only can athletes record, they can also review the workout videos with instant stat analysis and interact with the broader basketball community.”

For example, a player on a high school team could set up their phone, go through a workout, and have the ability to share that information with the team or even private coaches. With an app like HomeCourt, high school and college coaches could feasibly give their players “homework” much more effectively. Not only would the app obviously make players accountable, as the workouts all get recorded, but the team would have the instant ability to use specific granular data without needing to be there during the actual workout session.

Wu and Lee see their new app as a way to bring this advanced technology to basketball fans and athletes at a much earlier stage, which stands to have a “rising tide” effect at all levels of the game. Now, you don’t necessarily need to be an NBA superstar with access to a robust suite of data and technology to make the most out of your training. HomeCourt creates an instant feedback loop for all without being prohibitively expensive or exclusive.

Lin and the co-founders are also excited about the potential HomeCourt has to create a more social, engaging experience around the sport and basketball training. Lin noted that the app is a great way to “interact with the broader community through basketball on a device people have with them all the time.”

That’s a mission Lee and Wu are on board with, as they mentioned that “tracking shots is the core, but from there it’s the entire experience to engage around it.”

The pair sees this as a great way to “use technology to motivate physical activity; making it fun and engaging.”

HomeCourt will give hoopsters a way to compete with friends from all over, with access to global leaderboards and an entire social element that can transform a backyard workout into a worldwide affair.