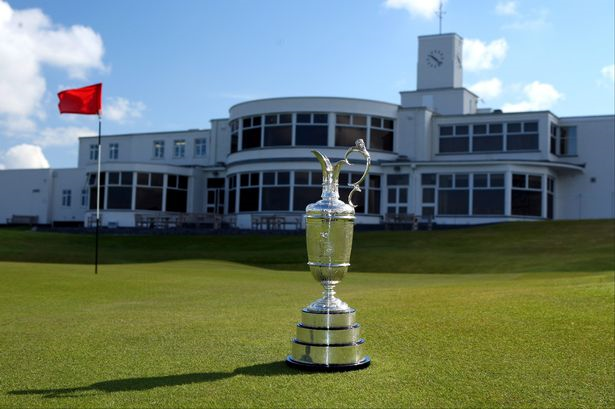 Over the last two years, NBC has been able to recreate how golf fans watch The Open Championship.

In 2015, NBC Sports Group agreed to terms with the R&A to air The Open Championship (British Open) as they outbid both ESPN and Fox Sports.

This was a win for NBC Sports Group as they would now hold the rights to another major championship. However, the deal left some questioning the decision to pay over $50 million per year to the rights of the least watched major championship — a championship whose average viewership had barely topped 2 million viewers twice in the last five years, with Tiger Woods finishing in the top 10 in both those years.

Over the last two years, NBC has been able to recreate how golf fans watch The Open Championship.

Along with live coverage, NBC also wanted to air more coverage of The Open than ever before, while providing the fans multiple viewing options.

It is safe to say NBC Sports Groups broadcasting strategy for The Open Championship has been a success.

Why the difference? There are a few reasons.

The traditional idea by television broadcasters was to air The Open Championship on a tape delay. This is a reasonable approach considering The Open is played at very early times for eastern viewers and even earlier times for more western time zones. Traditionally, the early rounds that took place as early 1:30 AM Eastern Time never made it on live TV.

For years, Disney had been following this traditional tape delayed approach at The Open. In 2010, Disney started to offer live coverage of the tournament on ESPN, while continuing to offer tape delayed highlights on ABC.

When NBC took over the broadcasting rights in 2016, they went all in on live coverage.

The morning live coverage elevated the NBC’s Golf Channel into the most watched cable sports network for Thursday and Friday mornings. NBC’s weekend live coverage on NBC was also a success as their coverage had large audiences, even while being aired in the morning.

The success provides evidence that sports fans no longer want to watch tape delayed coverage. We live in a world of easy to access information, and fans are able to get news moments after it happens.

News and social media platforms allow fans to follow a sporting event as it happens, and TV networks must now air their programming live.

Tape delayed coverage is no longer exciting as fans know what’s going to be the outcome of the sporting events. Along with losing excitement, taped delayed sporting events are unable to leverage social media like live broadcast can.

Live Streaming is a Requirement

Along with NBC’s live coverage strategy, they also offered all of their coverage on streaming platforms. Golf Channel’s Golf Live Extra platform and The Open’s official website offered streaming options of the tournament. These platforms allowed fans to consume the tournament through multiple platforms, ultimately making it easier for fans to watch the tournament.

Strictly television viewership numbers were actually down for this year’s Open Championship compared to 2016; however, an increase in streaming viewers more than made up for the loss in normal television viewers.

Television, computers, tablets, and phones are now all platforms for viewing sporting events. NBC recognized this and were able to offer viewing options on all platforms. NBC Sports Group used Golf Channel and NBC to offer television coverage and options. Previously mentioned streaming options of Golf Live Extra and The Open Championship official website provided fans ways to watch The Open on their computer or tablet. Last but not least, NBC also aired coverage through apps to make it easier for fans to watch the tournament on their mobile device.

We can all learn from the success of NBC Sports Group broadcasting the Open Championship. As viewing habits continue to change, NBC was able to take advantage of new trends like offering multiple streaming platforms and did not fall victim to past practices, such as taped delayed coverage. NBC bet big on The Open Championship, and it has proven to be a good investment in their first two years as broadcasting partners with the R&A.