USWNT Legend Hope Solo Wants to Speak for Herself

In the world of women’s soccer, Hope Solo has carved out a complicated legacy.

Not only was she arguably the greatest goalkeeper in history while playing for the U.S. national team — with a record 153 wins and 102 clean sheets in 202 appearances — she is also one of the sport’s most controversial figures thanks to her outspoken opinions.

“There has to be a villain, and when it comes to women’s soccer, I was always the villain, and it just stuck,” Solo told Front Office Sports.

Now, the two-time Olympic gold medalist and World Cup champion — and recent mother of twins — is telling it like it is in her own words: She launched her podcast “Hope Solo Speaks” on SiriusXM a month ago, with new episodes each Wednesday.

Solo sat down with Front Office Sports to discuss her disappointment in the recent equal-pay settlement between the USWNT and the U.S. Soccer Federation, the state of the current U.S. team, her most cherished sports moment, and more.

What appealed to you about doing a podcast?

People kind of have their opinions about me, even though they’ve never met me. I have been called outspoken, and that is a badge of honor to me. In this day and age, it’s very difficult to be honest and truthful, so I think a podcast was kind of right down my alley because I can be myself. I can be honest, I can be truthful, I can be outspoken, I can have my opinions, I can educate myself about other topics, and I can hopefully educate listeners. And it’s my voice — nobody’s speaking for me.

I have this new desire to be great. I’m passionate about the topics we’re discussing, and I have great producers helping me. It’s a project that I was scared to tackle, and now I have something that challenges me.

In the announcement of the podcast, you said you’ve been “placed in a box” and that perceptions of you have been “off-target time and time again.” Why do you think that is?

It just makes news and makes highlights, and people like to drag others down, honestly. And it’s not just media, it’s on social media as well. I’ve been through it, and I really just don’t care anymore.

I don’t read traditional media. I’m doing my own thing, and people can choose to listen — and hopefully I show them a thing or two about me that they never knew. And it’s not just about me, of course — it’s about really important topics that we’re tackling, as well.

In your debut episode, you called the $24 million equal-pay settlement between the USWNT and the U.S. Soccer Federation “pathetic” and said you were “gutted and betrayed” by the decision. Why do you feel that way?

We actually gave factual-based numbers to a lot of the media, and nobody really did the work — they didn’t do the research, and nobody told the true story. They just want to celebrate this really, really popular team, the U.S. Women’s national team.

Why is the settlement inadequate in your eyes?

When it comes to equal pay, it shouldn’t be based on contingencies and conditions. The [settlement] number, as well, is a fraction of what we were going for. Many of the former players will not get paid, and many of the players who started this fight back in 2015 will not be beneficiaries of it. So to me, it’s a selfish deal, a deal everybody just wanted to get done and move forward.

Have you spoken to anyone on the current team about it?

I’ve had minimal conversation with current players, conversations with some players who’ve been in and out of camp — in and out of the national team. And it just seems like everybody just was tired of the fight. One of the players I know put up her hand and said, “I’m at fault because I’m tired. I’m tired of this fight. I haven’t been as committed to the fight as I should’ve been.”

And that’s exactly what the Federation wants. You can keep us in the courts for so long, reading boring documents, filing different motions, speaking to attorneys, and wasting everybody’s money with discovery and depositions.

It’s been a long battle, and it’s taken several years, and so I think exactly what the Federation does is they tire us out. They have more money, and they can rely on the length of the case and getting stuck in the court system.

And then there’s a changeover of players. Some of those veteran players are now gone, and [the Federation] is relying on these younger players to come in and just be happy to play for their country. It’s a divide-and-conquer tactic.

They know what they’re doing, and they outplayed us, outclassed us, and they waited us out to get the settlement that was great for the Federation and not so great for the players.

What’s the next step in the fight?

The promising part is that I actually was the first athlete ever to file under the Equal Pay Act and Title VII against their employer. I filed several months before the class action, and so my case was the first standing and is still the last standing in federal court in the Northern District of California.

One of the most emotional moments for me was actually playing in the 2011 World Cup, getting to the final, and losing to Japan.

The reason it was so inspiring is because of the earthquake and tsunami that hit Japan right before the World Cup. Germany just hosted this fantastic, beautiful tournament, but in that moment some of the Japanese players weren’t going to be able to compete because they were missing loved ones, friends, and family members, and they felt like they needed to be home.

And then it occurred to them, “You know what? We are the morale for our country.” Even with the devastation, everyone in their country was still corralled around these tiny TVs watching their Japanese women play against the USA in the final.

But to see a whole team play for the morale of their country, it put them on a different level, and it was moving and motivating. And it’s something I’ll never forget.

With that being said, had I not won that 2015 World Cup trophy, I would never be OK with my career.

In recent years, the USWNT has been a dominant force in women’s soccer, but it’s in a transitional phase. What are your thoughts on the current squad?

I think the U.S. will always be a dominating force when it comes to international soccer. But I also have seen how far the game has come in other countries that didn’t have as many resources, didn’t have as much funding. Countries like Spain have come so far. Italy, and obviously the Netherlands, England, Canada, and Sweden are coming on.

I think in the near future, the USA isn’t going to remain No. 1. I think it’s a wonderful thing, too. I think it’s beautiful for the game and for the sport, and it’s going to make every country better.

The U.S. team has a fantastic pool of players. We have so many young kids playing soccer, so the hope to be the best will always be there, but other countries are pulling up very quickly.

What skills did you have that made you a revolutionary goalkeeper?

I was a great athlete. Growing up, I could have played on the fields in college or I could have played basketball in college. And then I was just such a competitor. I wanted to be better. I looked at every goal ever scored on me and wondered how I could make changes and do things differently.

But I think a lot of focus for goalkeeping, especially in the United States — and I’ve gotten in trouble saying this all the time, but it’s true: In the United States, for so long they put the kid who wasn’t athletic in goal, and it’s bulls*** to do that. It’s disrespectful to the position.

I tell every young goalkeeper, “You should be the best athlete on the field, you should be running fitness with the team and winning.” I really focused on honing my athleticism, my agility, my lateral quickness, and my aerial ability taking balls down out of the air.

What else do you have on the horizon?

I hope and pray that this project continues to be fun for me and enlightening for me, and I hope that we continue to get the viewership and the listeners and we break down barriers. I come out of the box, and I hope it does really well.

In terms of the long term and what I want to do — gosh, I just want to travel the world with my family. I want to go to new countries, learn new things, and have time to read a book again.

I don’t know what I want to do long-term in terms of work, but outside of that, I just want to enjoy life.

What do you believe is your legacy in sports?

I changed goalkeeping, especially on the women’s side. I brought it to a better level. I forced every nation’s goalkeeper to be better. I changed the position, and there’s not a lot of athletes who can say they did that. I’m very proud of the legacy I left. 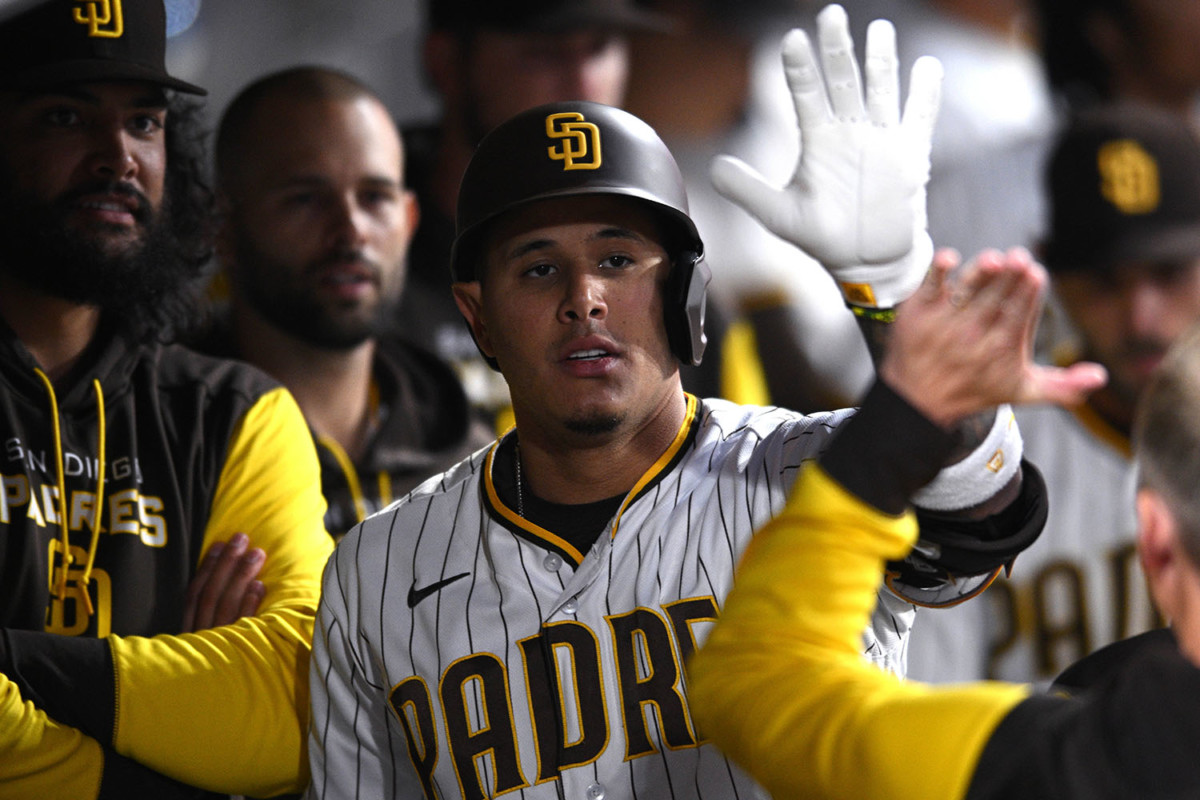