Dallas Cowboys Invite Fans To Live Like A Cowboy

The 160-unit luxury building is across the street from more than 35 restaurants, bars and retail establishments at The Star. Residents will get some Texas-sized goodies, including access to Cowboys team practices and membership to the franchise’s private social club and gym.

Besides the catchy address, the real lure is the chance to potentially rub shoulders with Cowboys players, coaches and executives as they practice, work and play at The Star.

The development will offer Cowboys and Staubach fans “an experience that they can’t get anyplace else,” said Charlotte Jones Anderson, the team’s executive vice president, and chief brand officer.

Her father Jerry Jones was his typical effusive self at an event previewing the project: “This says Dallas Cowboys.”

People typically don’t sign leases until a building is finished – not with this 415,000 square foot high-rise.

Customers have been leasing 1, 2 and 3 bedroom units since April at prices ranging from $2,600 to $4,500 a month. The luxury apartments range in size from 850 square feet to 3,600 square feet. The development features a covered pool and upscale, outdoor living space on the 6th floor.

Forget about grabbing one of the penthouse apartments. They’re already spoken for, according to Jones Anderson. She declined to comment on whether any players, coaches or celebrity fans have leased luxury pads for themselves. Famous Cowboys supporters range from LeBron James and Denzel Washington to Jamie Foxx and Chris Rock.

The Jones family has few peers in the NFL when it comes to innovative business thinking. At a valuation of $5 billion, Forbes named the Cowboys the world’s most valuable sports franchise in 2019 for the fourth year in a row.

But they’re not real estate experts. So it was serendipitous that Staubach, the former Heisman Trophy winner at Navy and two-time Super Bowl-winning QB for the ‘Boys, became a real estate developer in Dallas, said Jones Anderson.

To make the project a reality, the team partnered with Staubach and Robert Shaw, his old center turned business partner, at Columbus Realty Partners.

“Together, I think we’ve created something unique and really special for the fans who want to be a part of it,” said Jones Anderson, who oversees all business operations and strategies for the Cowboys brand.

The franchise promises Twelve Cowboys Way will be the “most coveted address” at The Star. Membership has its privileges. Among the amenities:

The most “unique” feature of Twelve Cowboys Way has to be all the team-themed goodies, added Jones Anderson.

“You get to be a member of the Cowboys Club. It’s our version of SoHo House,” she said. “You can come, have lunch, watch the players practice and be a part of all that. You also get transportation to the game if you’re going to the game.”

The opening of Twelve Cowboys Way will plug a hole in the three-year-old mixed-use development, according to local experts.

Originally billed as a live-work-play development, The Star has been missing the residential portion, said Alexandra Cronin of Local Profile magazine, which covers North Texas. Still, Twelve Cowboys Way is not for everybody.

“It’s definitely a niche market. If you’re a Cowboys fan, it’s for you. For sure,” she said. “If you’re not? Then I’m not sure. I feel like all of the main perks in it come from being a Cowboys fan. But from what I gather people are excited. There’s a sense The Star was missing that piece of it.”

The five-time Super Bowl champion Cowboys are not just a sports team anymore. They’re a 24/7 lifestyle brand, according to Jones Anderson.

The problem is that NFL teams don’t play nearly as often as MLB, NBA, NHL or MLS clubs. So they have to find other ways to keep fans engaged.

With The Star, the Cowboys created their own “Disney World,” she said. With the addition of Twelve Cowboys Way, fans will finally be able to live, work and play next to their favorite team, 365 days a year.

“We realized we only have ten games a year to engage with people at the stadium – just ten,” noted Jones Anderson. “So how can we do that on a bigger scale? And make it a much more evergreen experience?”

The Cowboys are not the only NFL club creating mixed shopping/dining/hotel developments around their stadiums and training complexes.

The Green Bay Packers, meanwhile, built Titletown in the shadow of Lambeau Field. The development features a public park, ice skating rink, hotel and brewery. Along with corporate tenants such as TitletownTech, it will eventually offer 82 townhomes and a 140-unit apartment building.

When it comes to brand extensions like Twelve Cowboys Way, the 59-year old franchise has the capital to think big. The Cowboys generate an estimated $340 million a year in sponsorship and premium seating revenue at AT&T Stadium, according to Forbes. That’s more than twice as much any NFL club.

The Patriots and Packers are beloved in their respective U.S. regions. But they’re not America Team. The Cowboys are the most popular team nationwide, period. Despite their lack of post-season success the past 20 years, the franchise is a religion in Texas.

Couple that with the imprimatur of one of the greatest ex-Cowboys, and you’ve got the makings of another potential business success for the Jones family.

As Cronin said, “Anything Cowboys is guaranteed to get people’s attention over here.” 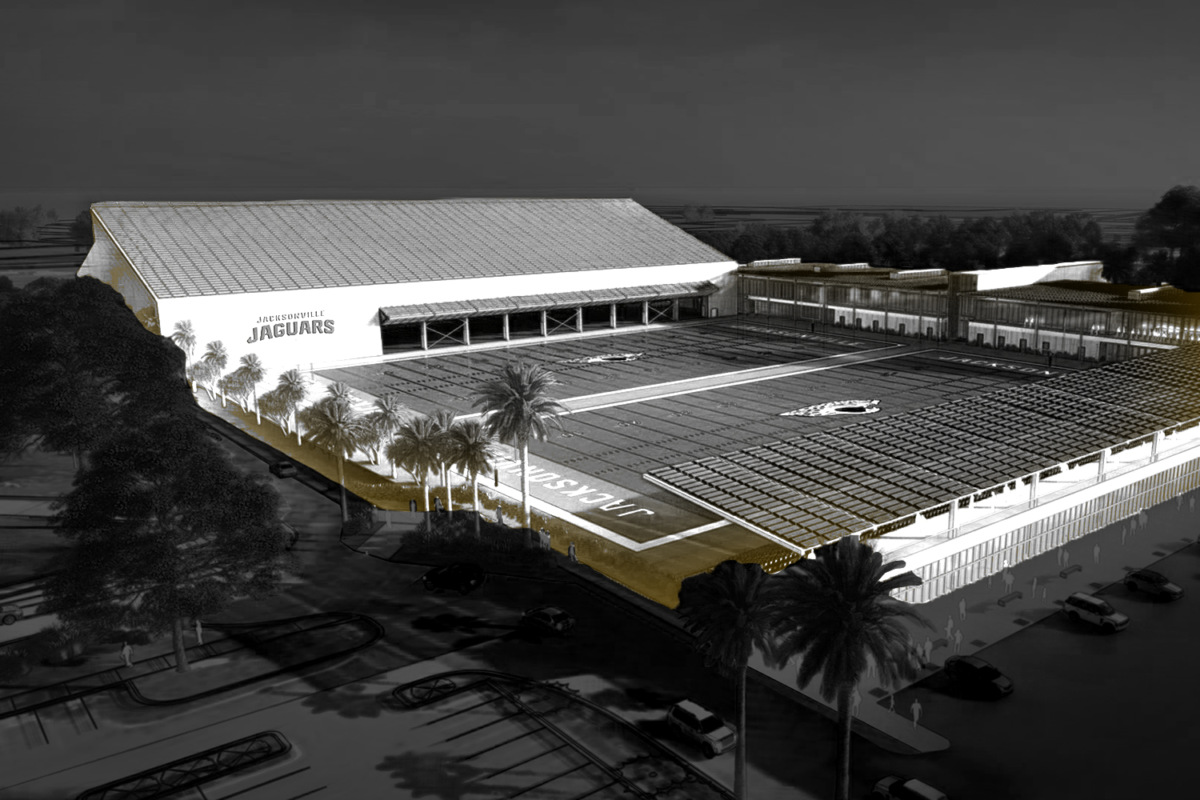 New stadiums from the Jacksonville Jaguars, Real Madrid, and others show a new direction teams are taking with their stadiums. 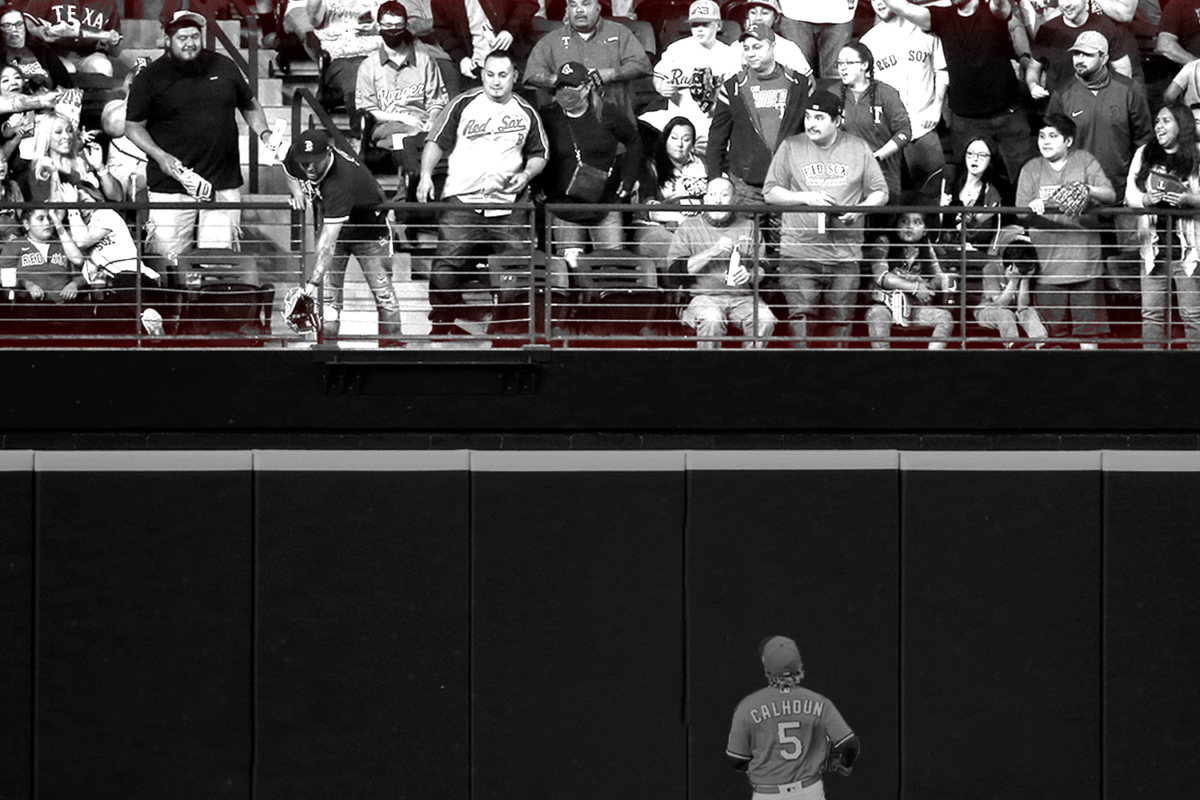