The Power of Hard Work and Passion, the Journey of Ishveen Anand 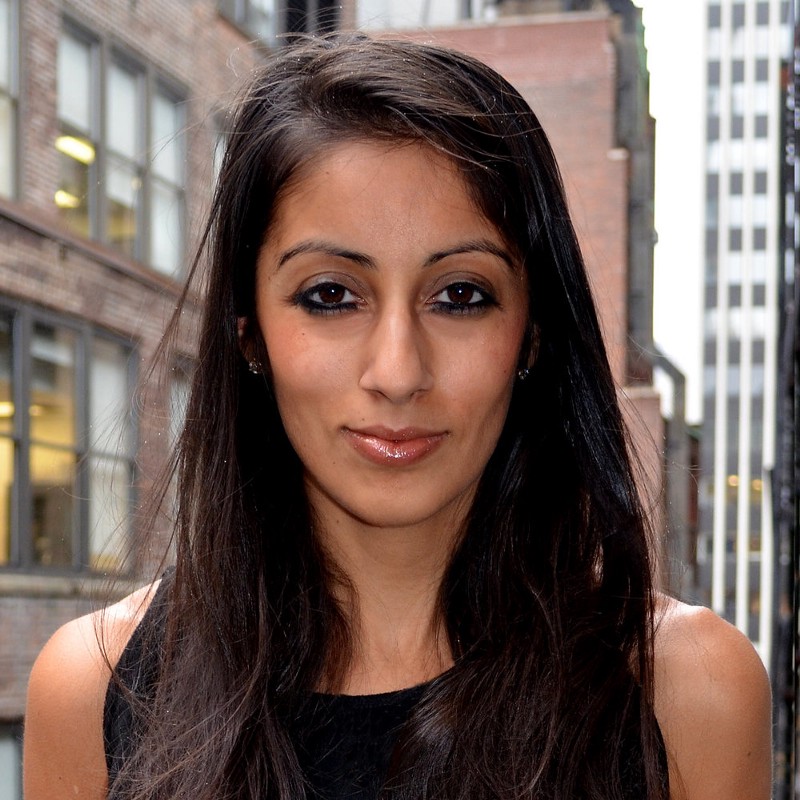 Front Office Sports is proud to have sat down with Ishveen Anand, Founder and CEO of OpenSponsorship. Through OpenSponsorship, she created the first online platform to facilitate sponsorship agreements by connecting brands with pro sports rights holders like leagues, teams and even athletes. Not only has her company been named a finalist for the 2015 Sports Technology Awards, but she has been featured in the Forbes “30 Under 30” list. Having worked in sports in India, the United Kingdom, and the United States she has been able to gain a global perspective on the industry, thus allowing her to lead her company with a great vision. She was gracious enough to offer up her time and insight into the world of sponsorships, why corporate experience is so crucial and why you have to be passionate to succeed.

You studied Economics and Management at Oxford University’s Keble College in the United Kingdom. What were your plans after graduation?

I don’t think I really knew. I interned with a couple of large organizations and I didn’t really like it. I was more suited for a smaller, more boutique organization. It took me a couple of years to realize I wanted to work in sports.

While in college you played on the netball and cricket teams. What impact has being an athlete yourself had on working in the sports industry?

I think it’s important to be passionate about your industry. If you haven’t played a sport, there are other industries that are easier to get in to. I think sports can be somewhat of a closed community. When I worked with golf I think they expected that I played golf. It’s almost expected that you have some association in it.

You started off your career at a Delhi-based sports agency in India for 3 years before moving on to Auxus where you worked with the UK and India in cross-border sponsorships. What did you do in these positions?

I left London and moved to India to join a sports agency. I was sent to Mumbai to work with the Mumbai Indians which was the #1 team in cricket in terms of ownership and players. I represented teams, athletes, and was responsible for the activation of sponsorships. I learned how sports is really sold. Auxus was a boutique agency that addressed cross-border sponsorships but the lack of technology used made it inefficient and difficult to share information.

You then founded OpenSponsorship last August and it has already been named a finalist for the 2015 Sports Technology Awards. Where did your vision for OpenSponsorship come from? How did you make this vision a reality?

I absolutely love sponsorship and I am hugely passionate about it. Any brand entering the industry that is activated well will get so much ROI from the tangibles andintangibles. Not enough companies take advantage of sponsorship opportunities. Corporate hospitality could even be considered sponsorship. My vision was to make sponsorships more accessible. Without sponsorship there is no sports. Events rely heavily on sponsorships. It is important that brands are involved in sponsorship.

Almost a year later, what progress have you seen since dreaming up the idea in March of last year? What has been your biggest challenges?

Based on the fact that we are a tech company I would say its technology. I’m not a developer so there is a lot to learn on the technical side. In terms of sport challenges, I think that when you do something new in the industry it’s hard to change minds and perceptions. Think back to the days before Expedia and Priceline existed. Our industry is based on a relationship, so it’s not about destroying the relationships but adding value to them.

You have been featured on Forbes “30 Under 30” list at 29 years old. What has been the key to your success early on?

I’m very hardworking and passionate about the industry. Those are the two key things. I also think that being able to handle adversity is important. I love the fact that sports allows you to lose. You are going to have setbacks but I’m okay with those challenges. You have to deal with them and keep moving forward.

As a minority female entrepreneur in a male dominated sports industry. What advice do you have for young women entrepreneurs trying to create their own success stories?

I don’t think gender comes in to play as much as everyone thinks. If you are considering gender then make it your advantage. As a female there aren’t many of you. You stand out in a crowd. People are willing to help you but it all comes down to content. It’s about knowing your industry and having good content in meetings.

According to Pricewaterhouse Coopers, “global revenues derived from sports sponsorship are projected to reach $45.3 billion this year, which has seen a steady rise of 5.3 percent annually since 2010. What advice do you have for young professionals that are trying to get in to the sponsorship side of sports?

Sponsorship is a great industry but at the same time it needs to become a little more efficient. It also needs to take advantage of digital media. It is important to be able to sell in different ways. Anyone going into sponsorship needs to be aware of social media and marketing. Also be aware of the global influences, such as the impact of China, India, Dubai, and Europe. There are definitely global opportunities in the sports industry, that are untapped.

Being a start-up yourself, how does OpenSponsorships help new brands establish themselves in the sponsorship world?

That was a big focus for us. We wanted to promote sponsorship for start-ups. Our website is free to sign up and join. We want to give the brand the power. They don’t always have the money to go out and hire an expensive agency. On the site you can say hey I’m looking for something in this sport, for this amount of money, etc. We connect agencies, athletes, teams, and even leagues.

Can you give us a behind the scenes view of what goes in to sponsorship? Where do you see the future trends going?

Sponsorship is so many different things. It can be naming rights at a stadium, players endorsing a brand, or an athlete mentioning your brand on social media. There is a lot of emphasis on the social media aspect now. Some start-ups have landed celebrity endorsements by chance, which in return has helped elevate them. It’s comes down to how we help monetize and make it efficient to get a start-up going. The second thing we are focused on is the global aspect of sponsorships. How can we get American sponsors in a global scene and international sponsors in America?

You have stressed the importance of global sponsorships. With the 2016 Olympics being held in Rio de Janeiro, Brazil. What is your focus for OpenSponsorships on marketing the international event and what do you have planned for this event?

We are definitely working with a few brands to do campaigns around Olympic athletes because they have always been under-sponsored. Some of these athletes only compete in the public eye once every four years. It’s kind of murky because there is so much you can’t do. We want to help them understand what is allowed and what’s not, between rights holders and athletes. There is a lot of work still but there are so many opportunities. We are looking at how we can take advantage of these opportunities.

I say this a lot when I talk to people. Being an entrepreneur sounds really sexy and fun but it’s really important to get experience in the corporate world first or some sort of organized atmosphere. The skill set you learn such as how to work an excel spreadsheet or writing an email are important. Having a boss and understanding what goes in to operating a successful business is so critical. My advice is to work for an organization first and understand how corporate life works before trying to start on your own.

We would like to thank Ishveen for her time and insight and we wish her the best in her future endeavors!