The Athletic pioneered the subscription model in sports media when it debuted in 2016, as the site focused on underserved sports and markets that had seen scaled-back coverage in traditional media.

Then the company began its rapid growth through nearly $140 million in venture capital funding, adding top-name national and regional journalists. The expansion slowed before the pandemic following a push into Europe — and so did its subscription growth. The Athletic co-founder Alex Mather stated it would hit 1 million subscribers by the end of 2019.

The Athletic didn’t announce it reached the 1 million mark until September 2020 after a deal with T-Mobile — which offered a free year of the site to its mobile subscribers — and a bundle deal with Bloomberg’s All-Access. One recent deal was $12 for a year subscription, 94% off the stated regular price of $119.99.

“The Athletic is kind of at middle age,” said Brian Moritz, an assistant journalism professor at SUNY Oswego who has studied The Athletic. “The growth is over and now they’re settling in. I think you always want to be bringing in new customers and, to do that, you kind of have to have deals like you had with the dollar a month offer. You have to have promotions like the T-Mobile deal. The next question you get to is whether there will be more VC investment?”

There’s been speculation that the drive to add subscribers at reduced rates is meant to boost The Athletic’s numbers ahead of a potential sale or another round of venture capital funding. In a statement to Front Office Sports, The Athletic said the promotions are part of its normal course of business.

“We are consistently running promotions for the site, and like most other businesses around Black Friday and the holiday season, our most significant discounts come at this time of the year,” the statement read. “We believe that regardless of the promotion our subscribers take advantage of, they will find that the content they have access to is well-worth the cost of their subscription.”

Founders Mather and Adam Hansmann have talked about the longecity of their vision without hinting about an exit strategy.

“We remain incredibly optimistic about our business as well as a broader return of sports in 2021,” The Athletic said in a statement. “Our team is working harder than ever to build a product and produce compelling, thought-provoking content. The fundamentals of our business are incredibly strong and The Athletic is positioned to grow and have our best year yet in 2021.”

Subscriber growth had relied heavily on adding sports reporters, who are judged in part by how many subscriptions they were able to attract. 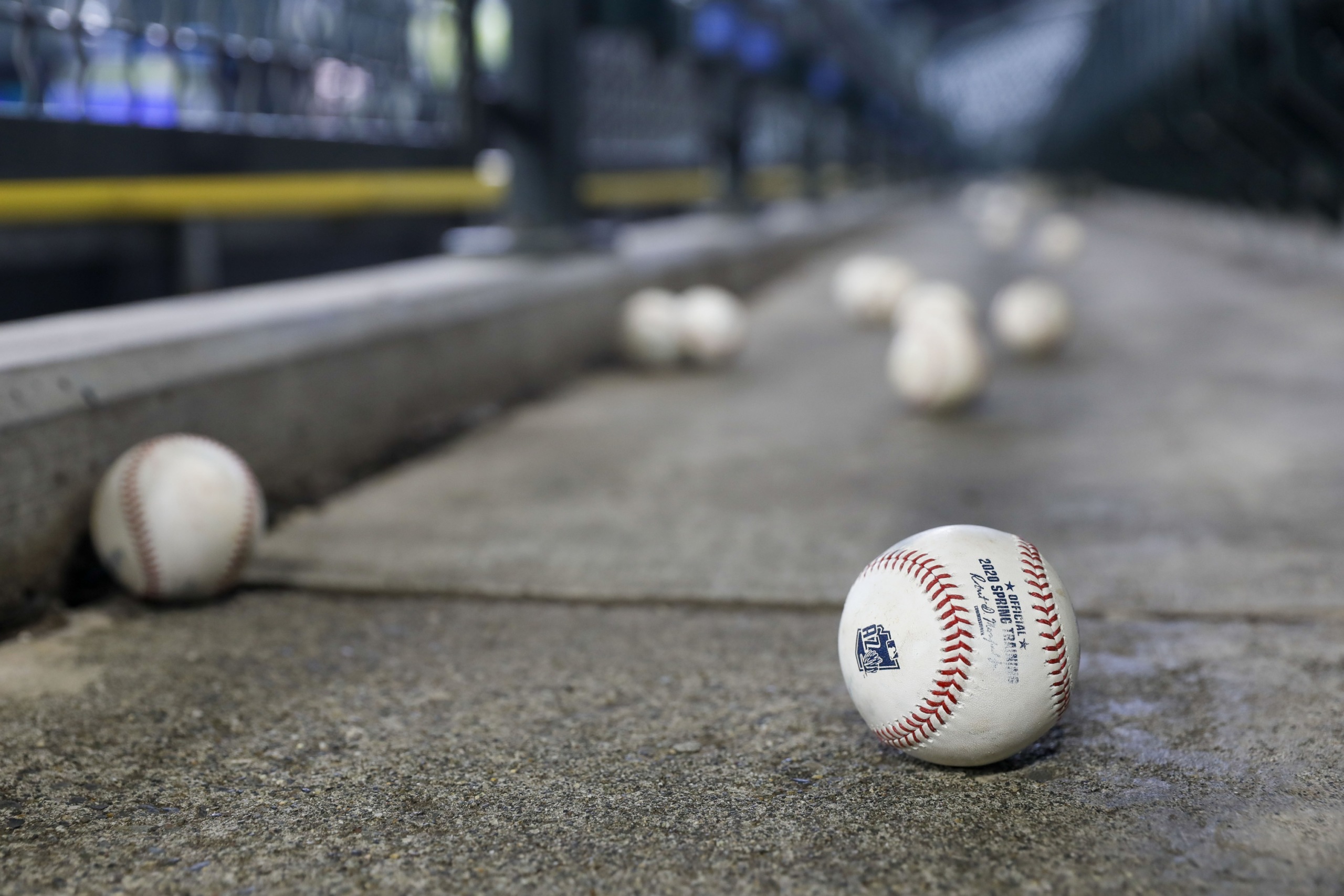 The Athletic Looking To Boost Subscribers With Cross-Marketing Deals

The Athletic has found early success with its content-first, subscription-driven business model. But back in February, the subscription-based sports website made a key course change in its business strategy. The […]

But The Athletic had its first major layoff in its history in June as it dealt with the pandemic that shut down sports, leading to a drop in both subscriber sign ups and a dip in advertising on its podcasts. Its workforce was cut by 8% and many of the remaining approximately 450 employees saw pay reductions that were restored in November.

“The pandemic has skewed the natural business projection we were expecting,” said Galen Clavio, director of the National Sports Journalism Center at Indiana University. “Overall, they have done a much better job than I thought they would for nearly five years now establishing themselves as a brand and pushing into areas that aren’t purely subscriber-based, like podcasts. Those are good signs for some degree of longevity.”

Back in January, The Athletic’s valuation was between $500 million to $1 billion, according to PrivCo data posted by Crunchbase. There were informal talks about a sale at $500 million before the pandemic, a person with knowledge of those discussions told Front Office Sports.

When asked about those preliminary sale discussions, a spokesperson said officials at The Athletic “don’t comment on speculation around purchase offers.”

“If they are going for another round of funding, that just ultimately makes it more difficult on the exit side because your valuation has to go up,” said Aron Pilhofer, an associate professor and the James B. Steele Chair in Journalism Innovation at Temple University. “I don’t know who is going to buy The Athletic at that price. Maybe they are gunning for some kind of a sale and that could be some kind of a sale, but I just don’t know who is going to buy them.”

The likely suitors, especially given the current news media environment, are limited. 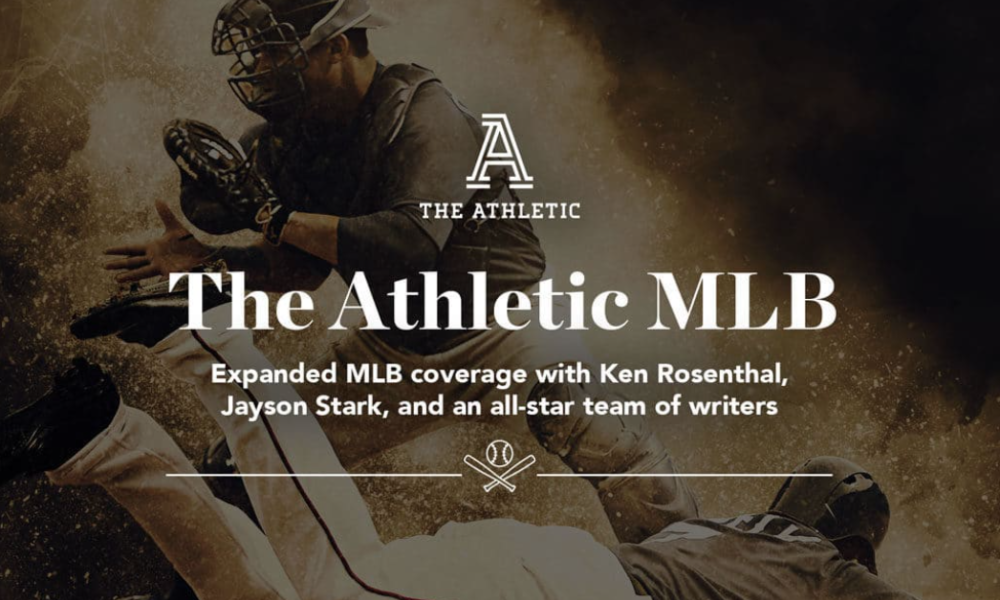 The Athletic is rolling back COVID-19-driven pay cuts that began June 5. Retroactive to Oct. 15, staffers will be restored to past salary.

ESPN recently had its largest layoff in its history, a result of Walt Disney Co. taking a hit in its theme park business due to the coronavirus, cord cutting, and preparing for pricy rights negotiations with the NFL and other leagues.

There are some other familiar names when it comes to those experts see as candidates to purchase The Athletic:

Fox Sports: It hired longtime ESPN executive Kevin Jackson to boost its digital editorial content after a pivot to video cratered site traffic. Minus its regional sports networks, there could be an opportunity for Fox Sports to use The Athletic’s reach to compete with ESPN.

Sinclair: The company completed its acquisition of Fox Sports RSNs a year ago and has hired Melissa M. Geisler, the former national managing editor at The Athletic, among others, to bolster its content. But Sinclair wrote off a $4.2 billion loss last quarter as revenues plummeted at its RSNs. It is currently in the middle of carriage negotiations minus RSN veterans Billy Chambers and Jeff Krolik, who left the company in 2020.

Comcast: The parent of NBC Sports doesn’t have the local footprint that The Athletic has in as many markets, and could fit with its Peacock and NBC Sports Network Premier League coverage. Comcast Ventures has invested in The Athletic, according to Crunchbase.

A betting or DFS company: If 2020 has shown anything, it’s that sports betting and daily fantasy companies like DraftKings, FanDuel and BetMGM are eager to make deals. The information provided by The Athletic’s journalists could prove valuable.

An initial public offering doesn’t seem to be likely, at least in the near term. That route would take several months and would include disclosing The Athletic’s financials. The Athletic hasn’t publicly talked much about its books, although Mather told Bloomberg in July 2019 that the site averaged $64 per subscriber after it hit the 500,000 subscriber mark.

“I think it’s a terrific publication and I hope they make it,” Pilhofer said. “At the time when you’re talking about a staff of the size that they had, but if you do the math, $64 average revenue per subscriber, you’re still bleeding money. That was at a point when it had a half a million subs. They’re still bleeding money now.”