The hydration beverage company Sword Performance has embraced its usage in oilfields and steelyards but aimed to use the 2020 NFL Draft as a launchpad to the sports industry.

Sword Performance, which launched in 2013, has worked some with Olympic athletes but has mostly targeted the industrial markets, like steel and petroleum, with its powdered and ready-to-drink hydration drinks. As the brand watched Bowden raise his college profile, Sword Chief Executive Officer Darin Dillow recognized the opportunity to use him to enlarge the company’s presence in sports as he went into the NFL.

“We saw him explode onto the scene in the bowl game against Virginia Tech, and we knew there was great promise,” Dillow said. “He was familiar with the product, and that made it easy.”

For Sword, there’s unlikely a better ambassador to bring the beverage to the professional stage. The company’s product research was performed at Kentucky, and it has slowly infiltrated its way into the Wildcat locker rooms. It’s also a natural evolution for a company to use an avid fan of the brand to break further into the sports world, Dillow said.

While setting records during his career as a receiver, quarterback and kick returner at Kentucky – he led the SEC in rushing with 1,468 yards and a 7.9 yards per carry average – Bowden drank a lot of Sword Performance’s lemonade.

“He was drinking it genuinely all the time throughout his collegiate career,” Zobel said. “Within a couple of weeks of signing him, it was one of those perfect and unique situations that were consistent throughout the process.”

After conversations with Bowden, Zobel reached out to Sword and worked through a deal, which includes more than just a constant supply of lemonade – Bowden’s only request.

The fact that Bowden was first and foremost an avid drinker of Sword Performance was at the core of the deal, Zobel said. While he keeps the “usual suspects” of NFL endorsements at the top of his list, Zobel said it’s important to keep an open mind and approach different players with a blank canvas.

“Sometimes you get in a creative rut with the easy deals,” Zobel said. “I want authentic and genuine partnerships. There’s no B.S., the guy loves their product, and people see when they share a product whether or not they love it. If it’s something an athlete loves, it’s seamless.”

Zobel said Bowden was extremely active before the draft, signing deals with University of Kentucky HealthCare, an exclusive memorabilia deal with WSD Sport, and with “the trifecta” of trading card companies – Panini, Leaf, and Sage.

He also went on an 11-appearance signing tour across Kentucky with Athlete Essentials and launched an apparel brand with Represent based around his phrase, “Come See About It.”

Between Bowden’s excitement about marketing and his versatility on the field, Zobel believes there will be many more deals coming and thinks Las Vegas is an ideal market to start his career.

“Sports is a mass-market we’d like to approach, the athletic world in general,” Dillow said. “We expect more endorsements; we’re intrigued by athletes who want to further the brand and are passionate about hydration.”

The Chicago Blackhawks have joined a growing list of NHL teams that will feature advertising on players’ helmets this season. 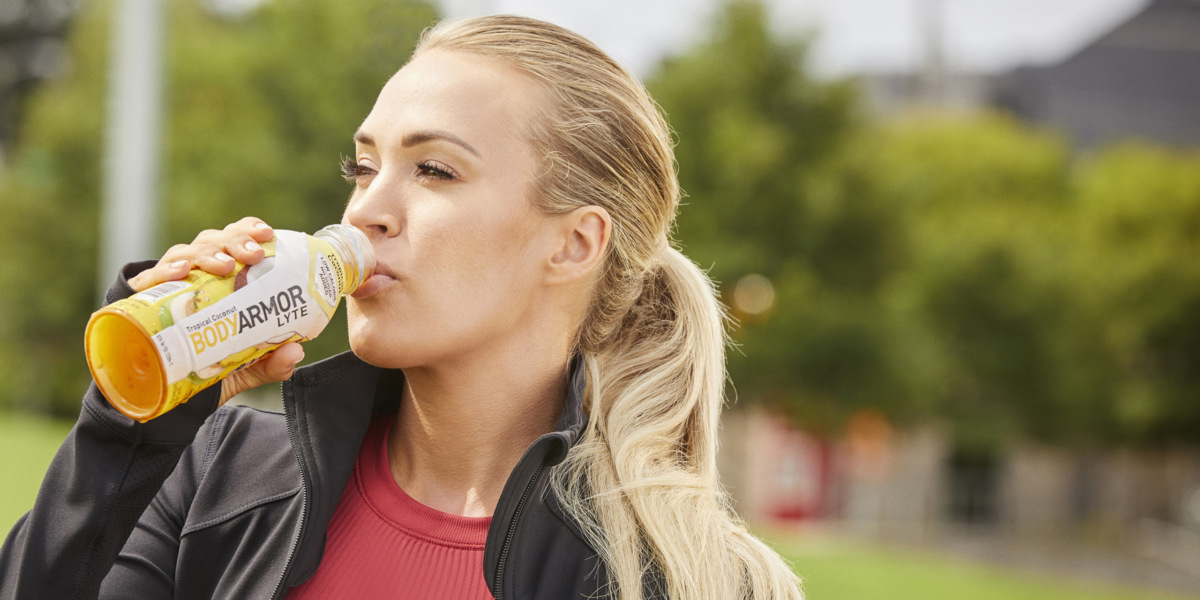 Sergiño Dest, a 19-year-old defender for Barcelona, will become the first-ever American soccer player to start and play in the famed match between Barcelona and Real Madrid.