In this week’s Social Media Seven, we look at the 7 of the best teams on social left in the playoffs.

Sure, Allen Iverson was talking about practice in his famous press conference with the Sixers, but who says we can’t have a little fun talking about the NBA and NHL playoffs? In this week’s Social Media Seven, we look at seven of the best teams on social left in the playoffs. Sixteen teams. Seven spots. Who made a positive impression this week? Let’s get to it!

Note: The other remaining teams not featured still have strong social media presences and content. For the purpose of this article, only 7 could be featured.

The social team in Canada’s capital has created some sharp graphics during the season and the Senators’ playoff run. The bold, contrasting style is a great visual on social, with the image and wording at the forefront without additional cluttering. The account also does a great job during and after the game, sharing relevant highlights and other behind-the-scenes videos.

This is just one example of the tremendous work coming from Nashville’s social team this season, as the franchise has had one of its best seasons and energized the fanbase. The team has taken on a fun persona, as it continues to turn heads in the playoffs, and the content on social matches what we see on the ice. The graphics are fresh and creative, and everything is branded to the Predators’ distinct hockey yellow and navy color scheme. In a wave of monotonous design, Nashville really stands out with its design movement and eye-catching layout.

Similar to most teams, the Rangers have a templated design for ‘GOAL’ graphics, but, like Nashville, they stand out with creative movement and strong branding. The red, white, and blue of New York is evident throughout, as is the lettering, which matches the font on the jerseys. The individualized player card at the end is what wraps it all together, as it adds that personalized element that would otherwise keep this a general design.

From the ice to the hardwood, we move to the Boston Celtics, who have one of the most iconic brands in not only the NBA, but all of sports. The green is distinct and the C’s do a great job owning it in all of their content. The design team excels in creating clean visuals, consisting of the perfect balance of color contrast and text, along with positioning. Call me a fan of the little details, but I also love the use of the shamrock emoji and the #ItsNotLuck hashtag. Subtle branding and linkage. Well done!

We now lead 2-1 in the series. #GoSpursGo pic.twitter.com/LEarCvhxPQ

Ask any basketball fan about model franchises, and the Spurs are always near the top of the list. On and off the court, the organization maintains an image of professionalism and class. The hard work carries into social, as the graphics are refined and, while leaning towards being more reserved in nature, still have that little bit of flair that peeks through and makes it “So Spurs.” Often times, teams taste success and over-do the content, but not San Antonio. They’ve learned the tried and true lesson that consistency is the name of the game.

On the flip side of that series, the Rockets look to launch a deep playoff run of their own. The complete opposite of low key, Houston’s goal is to be bold and unconventional. There is nothing ‘traditional’ about these designs, which mix video, creative layering, and animation to produce fun in-game GIFs for the social team to use. If you want eye-catching, look no further. Beyond that, fans enjoy sharing fun content like this, especially after a big play or shot, so the flashy side of social definitely has its merits.

Rounding out our list, the Raptors bring some fun designs from north of the border. Standalone, this would be a nice visual at the end of the quarter. However, the additional movement and flickering is a nice little touch to add movement and draw some attention, while not being distracting. Toronto is also strong with its graphics, utilizing the red and the font to create that distinct old, dinosaur look while maintaining a freshness and modern look for the brand.

Thanks for joining us on the Social Media Seven this week! 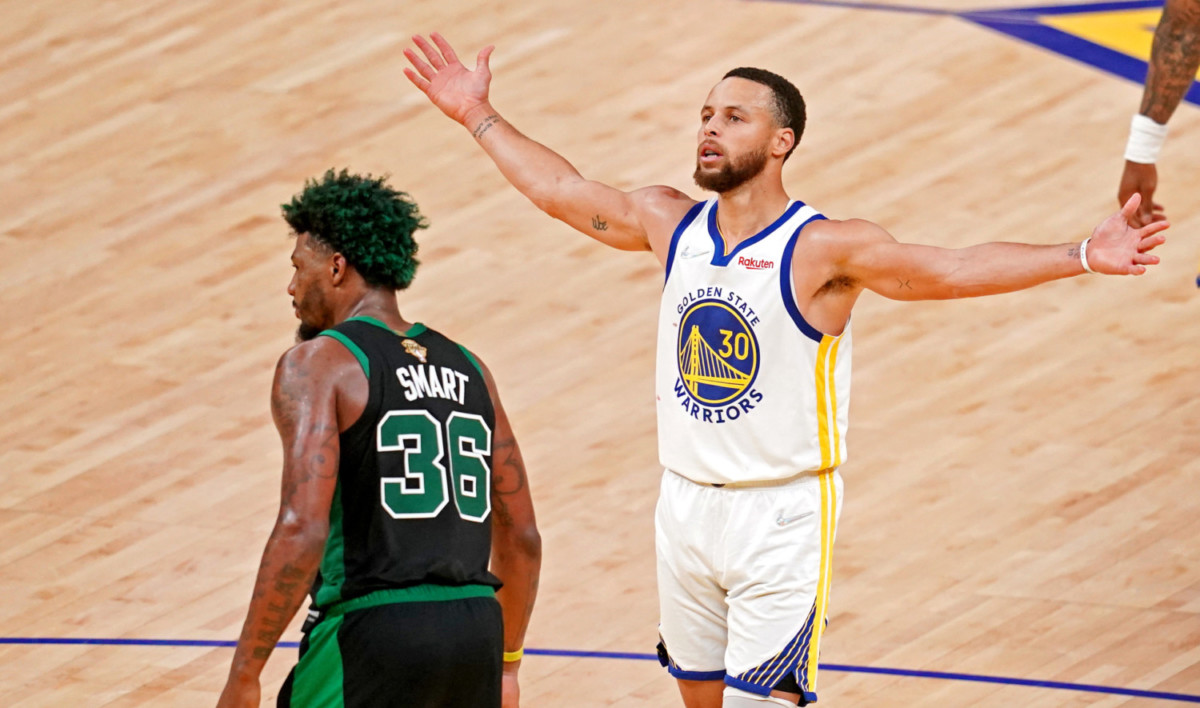 The NBA closed out the season with a bang on social media, eclipsing 2 billion video plays for a 19% increase over last year. 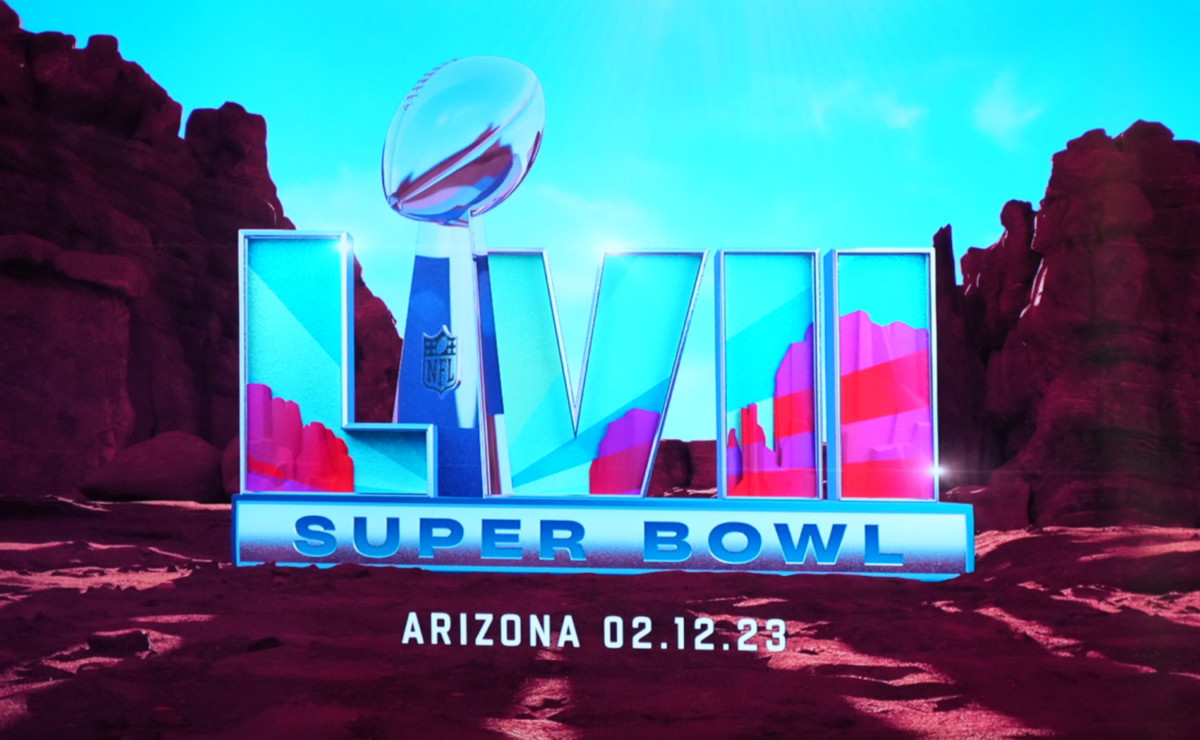 Anheuser-Busch is giving up Super Bowl alcohol exclusivity for first in decades. NFL sponsor E. & J. Gallo Winery might step up with own commercials in the Big Game.

Hennessy continued their global initiative with the NBA by creating a floating court in the River Thames. 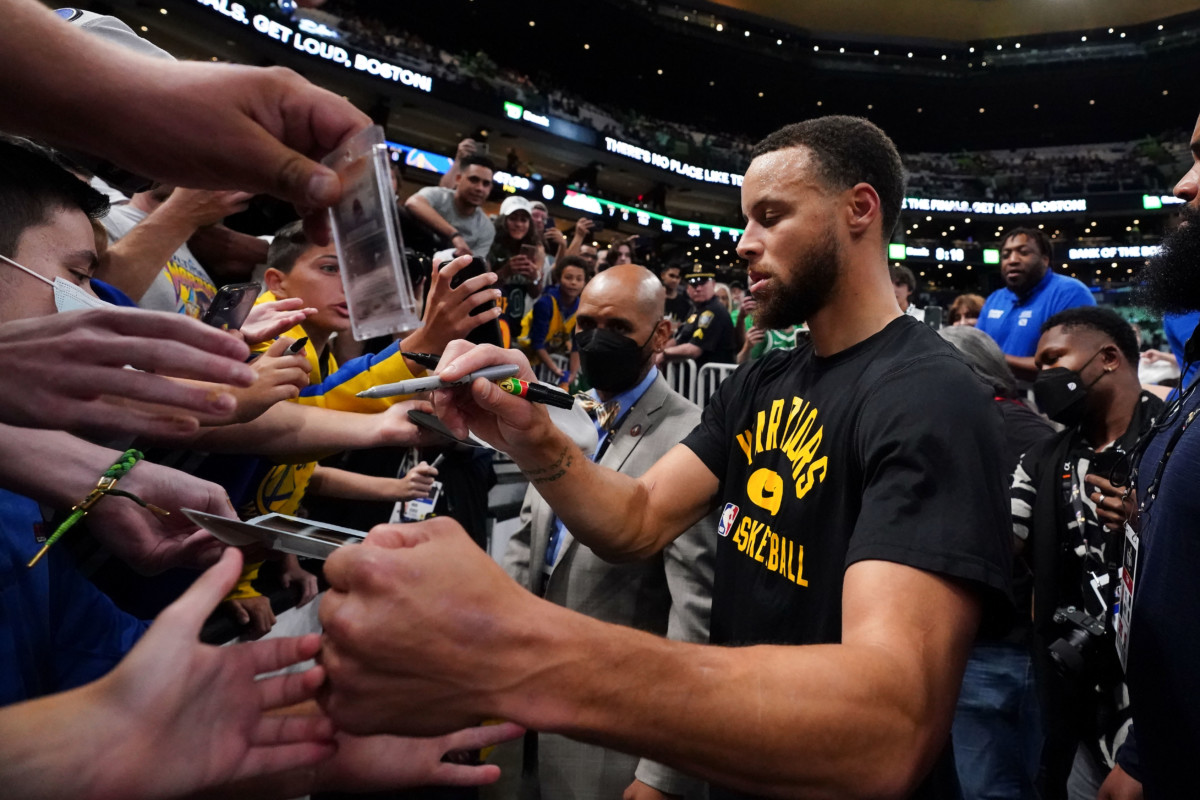 Steph Curry isn’t only dominating on the court, he’s become the king of the NBA’s social and digital push.